Contains homosexual relations.
Tony likes women. Always has. Always will. So when he wakes up in a strange bed after a drunken night out, he isn’t too concerned.
Thinking he’d scored with a woman from the club he’d been in the night before, he was shocked and horrified when he realized he was in a man’s bed. Naked.
What the hell happened last night?
With that question in mind, Tony quickly leaves before seeing the man he spent the night with, but in his haste leaves something important behind.
When the man he spent the night with calls him, Tony realizes that he has to meet him in order to get back what he left and that maybe he might not be as straight as he once thought.
With his brother’s help, Tony begins to question what he thought he knew about his sexuality and where the answer to that question might lead him. 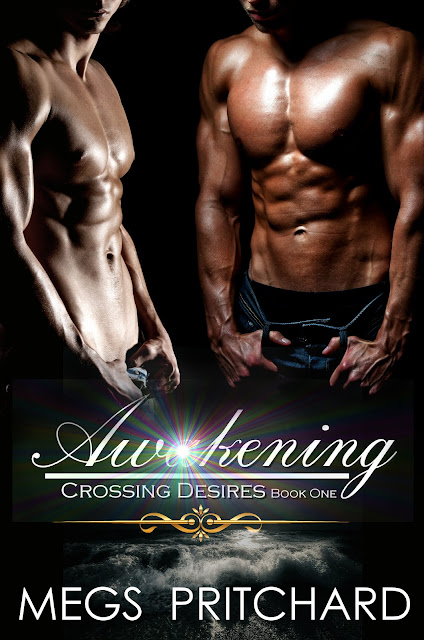 Did he want him to stop?
Tony opened his mouth to tell him yes, but nothing came out. His brow furrowed as he tried to think. Will leaned back into him and sucked Tony’s bottom lip, before running his tongue along it. Letting it slide from his mouth, Will moved to take Tony’s ear in his mouth and bit the lobe gently before whispering, “We’ll only go as far as you want.”
Tony closed his eyes as he groaned, “I don’t know what I’m doing. I shouldn’t be here.”
“Shouldn’t you? I think here is exactly where you should be.” He bit Tony’s ear again causing Tony to shudder and gasp. Goose bumps were popping up on his skin, and his skin flushed with heat.
“You don’t play fair,” he murmured.
“We’ll do what you want. Stop when you want.”
Will reached down and grabbed the hem of Tony’s shirt. “Arms up.”
Tony lifted his arms above his head as Will pulled his shirt up and off. Why was he doing this? Because Will felt so fucking good. His heart hammered in his chest as sweat broke out over his flushed skin, and he swallowed, his mouth suddenly dry. The look on Will’s face, as he stepped back into Tony, scared and excited him at the same time. Will’s cheeks were flushed, his lips slightly parted and his eyes were hooded, but the lust was clearly evident in the way he looked at Tony’s face and down his bare chest.
“Fuck. I had to know, I wasn’t sure I remembered correctly.” Will reached out his hands and ran them up and over Tony’s abdomen and chest, thumbs brushing his nipples causing Tony to jump. Those same hands then wrapped around his neck, grabbing him tight as he hauled Tony towards him, and they slammed together causing the breath to explode out of Tony.
Before he could inhale, Will’s lips crashed against his in a bruising kiss and Tony opened his mouth and gasped. Will took advantage and swept his tongue into Tony’s mouth. Will’s tongue seemed to be everywhere. Running along his teeth, under his tongue and rubbing along the roof of his mouth. Teasing flicks against his tongue and before he realized it, he was stroking his tongue along Will’s, feeling the sleek wet muscle stroking his in return.
Fuck, this was good. Really good. So different from kissing a woman. Those lips were firmer but still so soft. The tongue more insistent. And fuck, the way he tasted. He tasted so fucking good. As Will changed the angle of his head, Tony felt Will’s stubble rub against his own and groaned. Will’s kiss was full of dominance and aggression, and Tony had never had that type of kiss from a woman before. He loved it.

After a great night out Tony wakes up the next morning hung over and in someone else’s room. Not just any someone, but a guy.
Tony has never ever been with a guy before in fact he loves women and never entertained the thought of being another guy. He bolts from the house without seeing who it was and tells his brother what happened – or rather lack of as he has a complete blank as to what really happened.His brother also his twin who happens to be gay finds it all rather amusing, much to Tony’s disgust and they get into a fight about it. He gets a phone call from Will who is the mystery man he went home saying that in his rush to leave he left his watch and wants to meet to give him it back.This was a really short novella about 60 pages that will immediately have you sucked into the story as you want to find out just what exactly happened between Tony and his mystery man Will, and see Tony test his limits that he never knew was possible.

Loved it although it was short, I cant wait for more as this one ended on a cliffhanger!!! 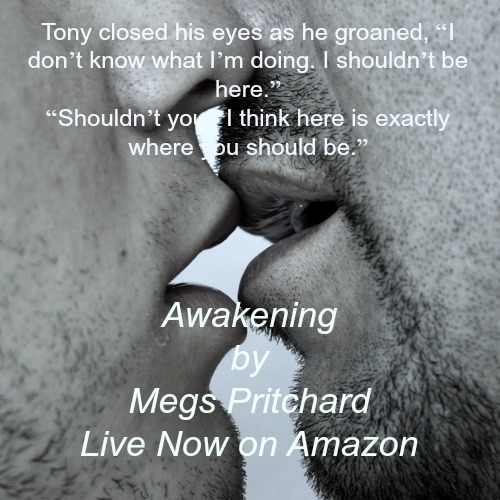 Tony woke up slowly and sluggishly. He moved slightly on the bed and tensed when his stomach reminded him of just how much he had drunk the night before. He groaned and repeatedly swallowed as saliva flooded his mouth. His stomach didn’t want the contents it contained and was attempting to eject them.
He ran his hands over the bedding and stopped. He rubbed his fingers over the material noticing the softness. His breath caught. It wasn’t his bedding, and now he was aware that the mattress was completely different to his too. He swallowed again but this time it wasn’t to stop himself from being sick.
He blinked his eyes a couple of times before he could open them and stared at the white ceiling above him, seeing it through gritty and filmy eyes. Yep, didn’t recognize it. His breathing started to quicken as he became fully aware that he was in a room he didn’t recognize. Refusing to give in to the panic that was starting to rise in him, he slowly and carefully turned his head to the side so he could look at the room. He grimaced and closed his eyes as his head pounded in protest, and he took another couple of deep breaths before he was ready to open them again.
Blue walls stared back at him. He glanced around the room, noticing the dark furniture. Walnut maybe? Closing his eyes again, he tried to recall if he knew who had a bedroom like this. No, couldn’t think of a single person. The furniture looked expensive, too expensive for any of his friends to have.
On his second look around the room, he started to notice the details he hadn’t picked up the first time he’d glanced at it. Pictures on the walls, a bookcase in the corner, dark blue curtains, clothing strewn across the floor, black bedding. Frowning he looked more closely at the clothing on the floor and recognized his own among the scattered items. Was he naked? Why hadn’t he been aware that he was naked in someone else’s bed?
Then he noticed the type of clothing. Jeans, a shirt and boxer briefs that were definitely not his. His heart rate increased, and a fine film of sweat broke out over his body. He scanned the room again, looking more closely at the pictures he could see. There were men and women in them but only one man appeared in all of the pictures. Fuck, he was in a man’s room. He was in a man’s room and naked in his bed.
He closed his eyes. What the hell was he doing in a man’s bed? What had happened? His brother might like cock, but he didn’t. Absolutely not. Opening his eyes, he lifted the sheets and looked down his body. A strange keening sound left his mouth as he saw the marks that travelled down his chest and abdomen. He dropped the sheets quickly hoping to erase the image of his body from his mind and tried to think about the night before.
What had he done? How much had he drunk? He couldn’t remember much after he had gone into the club with his brother and their friends. He had a vague memory of a woman in a skin tight dress and a man wearing a black shirt. He looked at the shirt on the floor. Shit, the shirt was black. Oh God, he was in the bedroom of the man from the club.
As he lay there, he became aware of another sound entering the room: the shower. The shower was running. That meant the man from the club was still here and virtually in the room. He had to get out before he finished in the bathroom. He couldn’t face him. What if he had fucked him? Oh fuck, what did he do? Why couldn’t he remember?
He rolled cautiously to his side and had to pause, rubbing his stomach as he attempted to settle it. He swallowed convulsively as he took deep breaths. God, he felt like a woman in labor with all the deep breathing he was doing. When he felt more in control, he gingerly sat up and then slumped over as his stomach heaved. He put his head between his knees again as he was forced to stop himself from being sick.
Squeezing his eyes shut, he wiped the sweat from his forehead with the back of his hand and shivered uncontrollably. Sinking gently to his knees, he crawled on the floor over to where his clothes were. He dressed as quickly as he could, which wasn’t quick at all, and as he was attempting to stand to find his shoes, he heard the shower switch off. 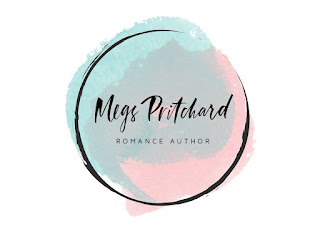 Megs Pritchard lives in England and is a mother to two small boys. When she isn’t working or being mummy, she is busy writing about complex characters that know the harsh realities of life but want a HEA.
A lover of M/M and M/F romances she believes everyone deserves to be happy, healthy and loved.
Growing up in a military family, Megs has traveled Europe and has a great deal of respect and gratitude for all the men and women who have and who still serve. Her dream job was to be a Bomb Disposal Expert and even had her own ‘kit’ when she was younger.
She is currently working on her first novella series called Crossing Desires and full length series called Second Chances.
HOSTED BY: