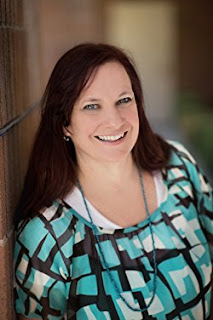 C.
Michelle Jefferies is a writer who believes that the way to examine our souls
is to explore the deep and dark as well as the shallow. To manipulate words in
a way that makes a person think and maybe even second guess. Her worlds include
suspense, urban fantasy, and an occasional twist of steampunk. When she is not
writing, she can be found on the yoga mat, hand binding journals, dyeing cloth,
and serving ginger tea. The author and creator divides her time between
stories, projects, and mothering four of her seven children on the wild and
windy plains of Wyoming.
Connect with the Author here: 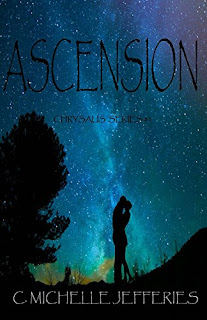 Living an unassuming life as a teacher for the Academy, the former assassin,
Antony Danic, turned Speaker for the Devoted, would love to let the past stay
there. However, as hard as he tries, his new identity, Noble Standing, can’t
escape who Antony was. The widower, turned self-avowed bachelor doesn’t mean to
fall for the red-headed sword instructor, Lyris Jaimes. Noble insists he’s
better off single, but he is drawn to her in spite of his memories of Elite.
Noble finds that courting her, however, isn’t easy. His interest in Lyris sets
into motion a rivalry between him and a dangerous sociopath who wants her for
himself.
Regardless of the vow he made to never shed human blood again, Noble must
reconcile his past with his present, and use his assassin skills and knowledge
to keep himself and those he loves alive.

Snippets:
For the first time since seeing the monster triangles rise from the
desert floor and beginning his ascent, he was able to look around from his
vantage point. All around him, the city of Cairo spread like a blanket. At
three in the morning, it was dark. The only lights in the area were the floodlights
mounted on the ground to illuminate the pyramids. With a final look across the
complex, he stepped to the edge of the weathered stone.
“Hey! You there—don’t move!” A mechanical police orb hovered near the
bottom of the side nearest him. It started to rise toward the top where he
stood. Antony stepped back and turned to the opposite side of the pyramid. He
touched the “on” switch for his phone.
“MAT, can you change my appearance by remote? Right now?” he asked the
artificial intelligence program designed by his best friend.
“Right now?” the female voice asked. The New Zealand accent caused a
pang of homesickness that he had to ignore.
“Unless Gage wants to bail Antony Danic out of jail.”
“You’re not supposed to climb the pyramids. It’s illegal.” MAT must have
triangulated his position from his phone signal.
“I know that, MAT. Work with me here.” He could hear the orb repeating
the stop orders.
“Are you ready to become him?” she asked.
Antony grimaced. He hated the feeling of the appearance chip as it worked
its genetic change but not more than the idea of becoming someone else for the
rest of his life.
Antony Danic didn’t exist anymore, and if he was arrested, he was going
to have a hard time explaining why—after five years of being dead—he had
suddenly re-appeared. The empty casket buried next to Elite’s was supposed to
be his final resting place. Through lots of fake paperwork and falsified
documentation, Antony Danic was declared dead. Now, it needed to stay that way.
Still, he’d felt strongly that he needed to cross out that last line on the
paper as his old self.
Now he was going to pay for being sentimental. 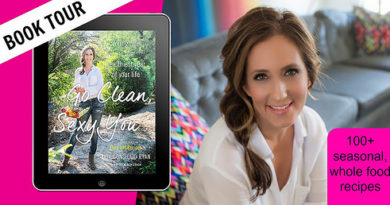