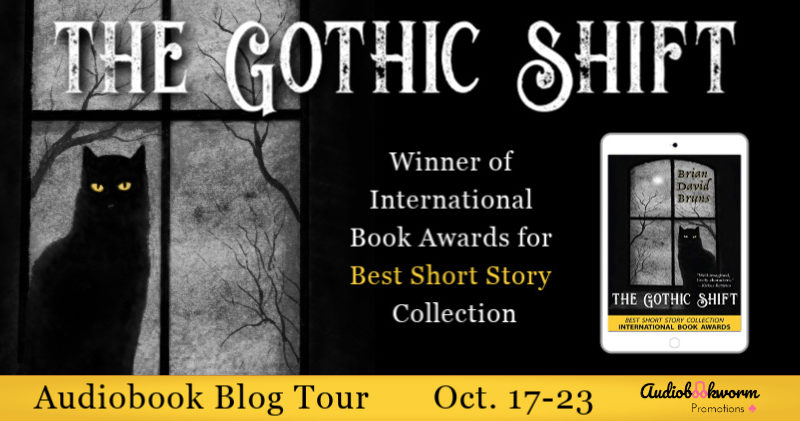 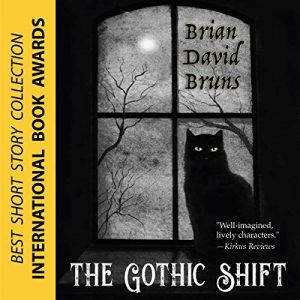 Winner of the International Book Awards for Best Short Story Collection, The Gothic Shift is a beguiling collection of the macabre and supernatural from best-seller Brian David Bruns.

“The Gothic Shift” begins with a man who comes into a restaurant every day to gulp down vast quantities at the shrimp buffet, while his forlorn waitress seems to gain weight on his behalf. Here Bruns achieves a delightful balance of whimsy and the grotesque, with a glimmer of moonstruck romance.

“The Finger People” is a fine study of Civil War squalor and carnage – spotlights the Union attack on the Confederate stronghold Fort Henry. A timid rebel cook discovers something even grislier than the usual horrors of war: ghouls feeding off the dead…and the living.

“The Ghost of Naked Molly” takes us back to old New Orleans on the eve of the Louisiana Purchase, where the ghost of a gorgeous octoroon slave mistress complicates the political schemes of a local grandee by parading around his house in the nude.

“The Penultimate Mr. Nilly” visits the crew of a ship stuck in the Arctic ice in 1859 as they slowly go mad from hunger. The ultimate solution – prompted by a stitched, velveteen toy wolf – gives a completely new twist on survival of the fittest.

Brian David Bruns has adventured in over 60 countries to gather material for his bestselling books and won dozens of literary awards, including the USA REBA Grand Prize. He has been featured on ABC’s 20/20 and was anointed Sir Brian by Prince Michael, Regent of the Principality of Sealand (yes, really).

Sir Brian writes of his global experiences with a self-mocking wit and an astute insight into human behavior. His historical fiction seamlessly blends his love of travel and adventure with the fantastical–a sort of Indiana Jones meets Bram Stoker.

He is devoted to veterans organizations, such as Operation Homefront and Wounded Warriors Project, to which he’s donated thousands of his books.

After several years residing in Dracula’s actual hometown (yes, really), he and his Romanian wife now live in Las Vegas with their two old rescue cats, Julius and Caesar.

The story:
This is a series of four stories, that are just perfect for the upcoming holiday of Halloween. I do love a good ghost story and wash story in the production gave me just enough chills whilst listening at night in the dark.

We are met with a mix of old fashioned American Gothic horror in ‘The Ghost of Naked Molly’, right through to modern day horror with The Gothic Shift.

When I review an audio book I try if I can, to read the book alongside listening and luckily the book version was available on the Kindle unlimited program.

However the audio and book are very different versions, the Audio starts with The Ghost of Naked Molly whilst the books begins with The Finger People. Why they have chosen to start the audio on a different book I am not sure, but it did confuse me when I started listening and reading.

Another thing that confused me was the chapters for each story – for example in the first story “The Ghost of Naked Molly” the chapters start “One,” then “Two,” then it suddenly jumps to  “Mississippi Fog,” which made me think that I started the second story. I felt the subheading were unnecessary and definitely caused a lot of confusion whilst listening to start with. All the stories follow the same format so I knew what to expect as I continued to listen.

The narration:
Each story is told by a different narrator – Scott Bennett, Brittany Morgan Williams, Thomas Stone, Gary Furlong, and each did a great job at bringing the stories to life. The audio was crisp and clear and the for all there were several narrators the stories flowed seamlessly from one to the next.

Overall:
I wish the Audio had followed the the Book version it would have made for easier listening with regards to the many sub-headings, curious as to the reason for the change.

I received this audiobook as part of my participation in a blog tour with Audiobookworm Promotions. The tour is being sponsored by Brian David Bruns. The gifting of this audiobook did not affect my opinion of it.

Always Love Me Some Books 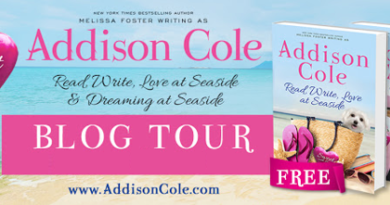 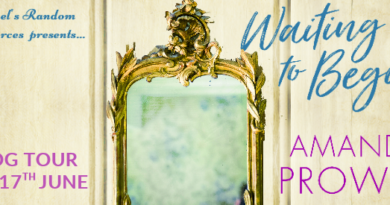