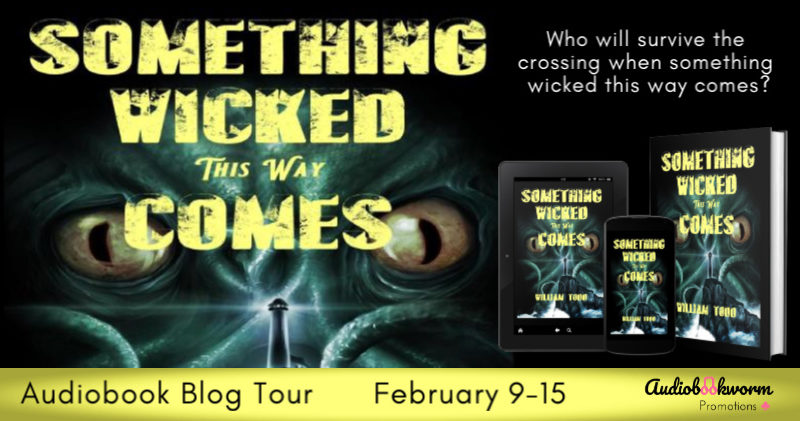 August 1888. Jericho Mannion is the captain of an old, cash-strapped steamer named the Orion. He’s been steadily losing money to his competitors, the railways. When he finds out from his first mate, Tal MacTavish, that the next passage across Lake Erie has only a few passengers, his hopes sink of ever getting out of debt. But Providence has smiled upon him. Though the passenger list is small, they have almost a full cargo hold, thanks to William Ross and the university he works for.

Ross is the team leader of a university archeology dig tasked with retrieving the debris from a meteorite crash in western Ohio. He is quite anxious to get his find back to the university for study and is willing to pay Jericho double the fare for his team and cargo for a straight shot across Lake Erie from Toledo, Ohio to Buffalo, NY. Jericho becomes suspicious when Ross refuses to divulge the contents of his cargo and the haste in which he wants to cross. Desperately needing money, Jericho reluctantly agrees when Ross finally offers him triple the fare; he will take him and his cargo on the nonstop 14-hour trek across the lake.

But what few people on the ship know is what was initially thought to be a meteorite crash turned out to be an alien craft. The crates in the cargo area hold the remains of the ship. And what no one knows, not even the university team, is that something in those crates is still alive.

Now, in a growing storm, alone in the middle of the lake, people are turning up dead. Who will survive the crossing when something wicked this way comes?

I have been writing online since the early 2000’s, primarily writing horror stories in the style of Poe and Lovecraft. I was the 2nd most popular author on the website storiesbyemail.com for two years before moving on. I had my first book, a Victorian era horror compilation called Bumps in the Night, published by Mystic Moon Press just a week before they closed their website and never saw my hard work pay off. Afterwards I took publishing into my own hands, became an Indie author and haven’t looked back. My first self-published book was Dead of Night, another compilation of Victorian horror stories, published September 2016 by Createspace and on Kindle by KDP. After its publication I left my comfort zone for mystery and wrote a short story about Sherlock Holmes in the Conan Doyle style. I loved it so much I then did a longer story A Reflection of Evil, both published in 2017 through Createspace and KDP. I have just release Beyond the Gossamer Veil, another compilation of both Victorian and modern supernatural/horror stories and am in the beginning stages of my third Sherlock Holmes installment.

Ben is an award winning actor and voice over professional, who has performed all across the United States. From Shakespeare to Neil Simon, he has displayed a versatility and diversity in the characters and dialects he has portrayed. Ben received the Joseph Jefferson Award for Leading Actor as abusive talk show host Barry Champlain in Eric Bogosian’s TALK RADIO, and was nominated for Best Supporting Actor as Prosecutor Villeforte in Alexander Dumas’ THE COUNT OF MONTE CRISTO, also in Chicago. He has worked with an extensive list of theaters in Chicago over the last three decades: Steppenwolf, Bailiwick, Famous Door, Next, A Red Orchid, Raven Theater, First Folio, Writer’s Theater, Buffalo Theater Ensemble, as well as Utah Shakespeare Festival, Illinois Shakespeare Festival, Indiana Repertory, Madison Repertory, and Allenberry Playhouse in Boiling Springs, Pennsylvania. He is an Ensemble member of Shattered Globe Theater in Chicago. For almost a decade he was the voice of the Adler Planetarium, hosting live shows and pointing out the stars, planets and constellations on the big dome. Ben has an eponymous weekly vlog on YouTube, that he films, produces, edits and narrates. He lives in Chicago with his wife Amy, two dogs and three cats.

All aboard the steamer Orion, tasked with taking archaeological crates across Lake Erie, along side a handful of passengers. What could possible go wrong? A storm hits halfway across the lake and people start dying, the only remains left behind are their skins devoid of fluids or bones. What is doing this is not of this world, I really loved the the whole alien take to this tale. The setting of the story, the characters and the alien make this a brilliant listen, you can’t help but get swept up in the story.

I loved the production of this audio book with the ominous sounds, weather effects and various other sound bites relating to what what happening, it really brought the story to life. Not only that Ben Werling really brought the characters to life, from the start I was hooked on his voice listening to this story in the wee small hours of the night whilst a storm coincidentally was raging outside! His Scottish accent was a bit off to start with when he first introduced us to Tal MacTavish but you could hear it change as the story and production progressed – being a Scot myself I always cringe when I hear non-Scottish folks put on our accent, but I give Ben 5 starts for redeeming it as it progressed.

I received this audiobook as part of my participation in a blog tour with Audiobookworm Promotions. The tour is being sponsored by William Todd. The gifting of this audiobook did not affect my opinion of it.

A Wonderful World of Words

#Review It Began With A Lie by Michele PW 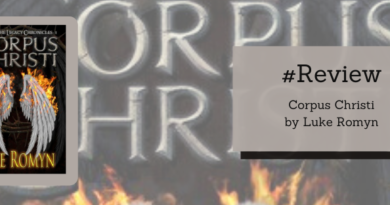