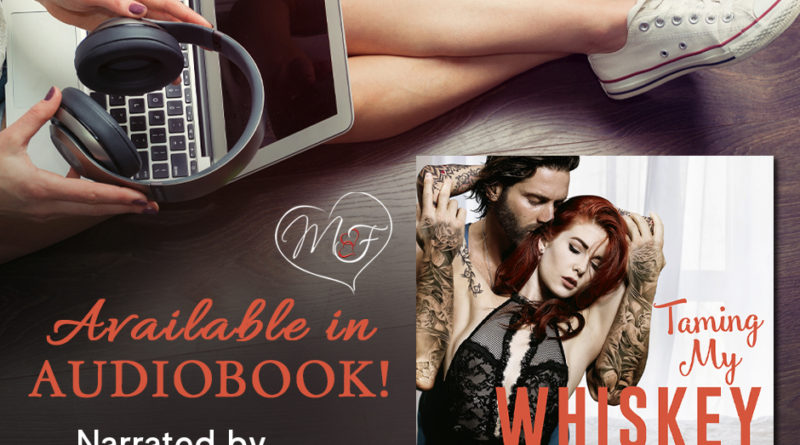 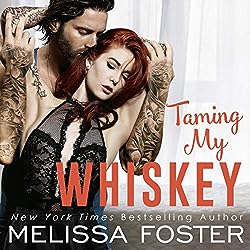 In TAMING MY WHISKEY….
Being the princess of the Dark Knights motorcycle club doesn’t come with a white knight or a fairy-tale castle, and that’s okay, because Dixie Whiskey has never needed a man to slay her dragons or make her whole. Even so, after watching each of her brothers fall in love, she’d sure like a shot at her own happily ever after. But with the Dark Knights watching over her and the only man she’s ever wanted out of reach, she’s not holding her breath.

As the launch of Silver-Stone Cycles’ biggest line approaches, Jace Stone is left needing a favor from the one woman who holds the power to take him to his knees. He knows when it comes to sinfully gorgeous and sharp-tongued Dixie Whiskey, he must stay on his toes and keep his walls firmly in place. But Jace needs her for his business – and Jace Stone always gets what he wants.

When the tall, gruff, and darkly handsome biker presents an opportunity that any other woman might see as the chance of a lifetime, Dixie turns him down flat. But Jace is determined, and he pulls out all the stops – sending Dixie’s overprotective brothers up in arms. Rebellious Dixie takes a stand – going after the freedom, and the man, she’s always wanted. One scorching kiss leads to an undeniable connection, but Jace isn’t looking to be tied down, and Dixie refuses to play second fiddle. Can two untamable hearts find forever love in each other’s arms?

And don’t miss RIVER OF LOVE, the first story in which the Whiskeys were introduced!

Since we first met the Whiskey family and watched the brothers – Bear Bullet and Bones find their happy ever after I have been dying for Dixie to get her love story. And what a story Melissa has given her. Dixie is a fierce, confident woman who can stand up for herself, but she also has a softer side, and at times vulnerable side and I loved how we got to see that side of her in this story.
I wasn’t sure who Melissa had in store for Dixie, but I knew it had to be someone man enough to take her on as well as prove to her brothers he was the real deal. Enter Jace Stone, rugged, tough and definitely man enough for Dixie. Also he has been someone that she has lusted after since she was 18 but him being older by almost 10 years nothing came of it, until now. We learn that Jace himself has admired her from afar, but the age gap was a barrier for him that long ago (plus the Whiskey Brothers would have went mental)
Jace designs motorbikes, and has a new line coming out along with a clothing line for woman and after being let down by a model he turns his sights on Dixie, who if he had realised had modelled in the past would have made her his first choice. Dixie puts him off for a long as she can but eventually decided to do it, following her brother ganging up on her at the charity auction.
From here we really Jace and Dixie come together in more ways than one, their story is hot and their chemistry is on fire. But Jace is not perfect and his back an forth approach to his feeling gave me whiplash and left Dixie feeling broken-hearted, and my heart broke right along with her, but he fixes the wrongs and shows that no one is perfect but they can be perfect together.
I am so happy Dixie got her story and how awesome it turned out, and I am so excited to read the rest of the upcoming Dark Knight stories that will still have our favourite Whiskey family in them.
The Narration:
Devra Woodward and Aiden Snow were just perfect at voicing Dixie and Jace. You know how you get an idea of how someone would sound like when reading a book? Well these two nailed the characters perfectly! The audio was crisp and clear and flowed seamlessly between the two voice actors. 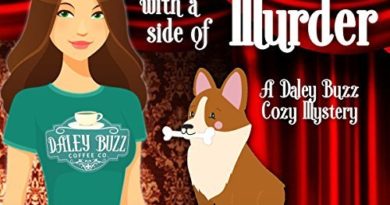 [Audio Review] Caramels with a Side of Murder ((The Daley Buzz Cozy Mysteries, Book 2) by Meredith Potts

[Promo] A Rival for Mr. Darcy by Jayne Matthews