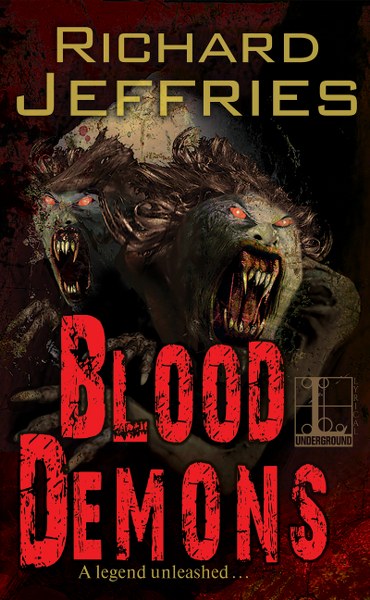 Bloods And Crypts
Once again, America is under siege. A
devastating terrorist attack has destroyed one of the nation’s most
treasured landmarks. With Mt. Rushmore now reduced to a pile of
rubble, Major Josiah Key, commander of the secretive Cerberus Unit,
is dispatched to hunt down the mastermind responsible: the most
fanatically evil extremist the world has ever known. And he’s
hidden in the most isolate region of the Hindu Kush mountains of
Afghanistan.
Climbing to the fiend’s remote,
mysterious caves, the four-person Cerberus team encounters bloodless
corpses that lead them to confront one of the greatest evils in human
history: the Vetela . . . unholy creatures who inhabit the bodies of
the dead and the source of all vampire legends. Their sole purpose is
to guard the terrorist, and with his help, the Vetela, are finally
ready to come into the light and lay waste to all humanity.

Richard Jeffries holds
a degree in Creative Writing, obtained before he went to work for
American intelligence. He has seen the world—and things in it—which
inspired the writing of these novels. Now retired from covert ops,
Jeffries divides his time between rural Connecticut and London. In
his spare time he pursues his lifelong interest in Kung Fu and
classical piano.
Goodreads