Contemporary Erotic Romance – Suitable for mature readers; 18+ years only – Full-length, stand-alone novel with HEA.
Famous Dutch architect, Sven van der Meer, has just completed the greatest achievement of his professional life–the design and construction of The Spire, Chicago’s tallest, most controversial skyscraper. But a shameful secret threatens to destroy his prestigious career–he’s losing his eyesight. Now, he’s run out of time and the only woman qualified to help maintain his charade of invincibility is also the one woman who despises him and The Spire. And he’s fairly certain she’s hiding something as well. Will the fiery, but enchanting Miss Sanchez be the right woman to play the role of his pretend girlfriend? Or will the temptation of getting too close, too fast jeopardize their business arrangement and the future of his entire career?
When twenty-eight-year-old, woefully unemployed, Inez Sanchez, arrives to her interview with hotter-than-hell billionaire architect, Sven van der Meer–mastermind behind The Spire–she quickly realizes his job proposition isn’t what she was anticipating. He’s hiding a life-changing secret, one that could ruin his career as the most influential architect in the world, and he’s willing to pay her five thousand dollars a day–just to help him keep it. Will she accept his offer to become his “pretend girlfriend” for the next four days in order to ensure the success of the most important week of his life? Or will her sassy flair for independence and smartass sarcasm keep her from submitting to his stern authoritative commands, no matter how sexy his European accent might be? And what will happen when he discovers she’s hiding a secret, too–one that could threaten the stability of their arrangement and prevent her from getting too close to the one man in the world who might be capable of gaining her trust… 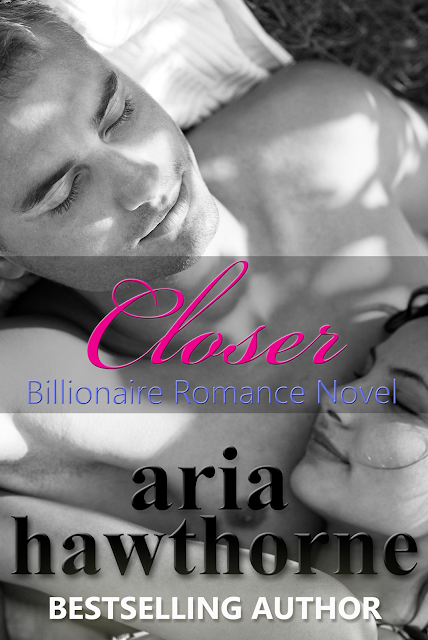 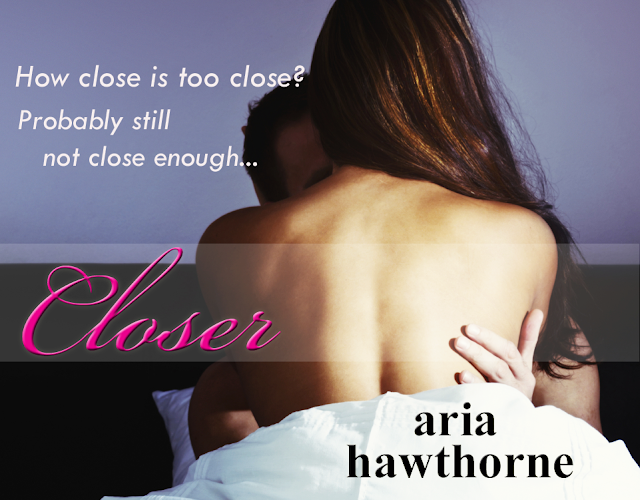 Bestselling author Aria Hawthorne loves writing about billionaire men who lavish their women with expensive jewelry and ravish them like queens in bed. CLOSER – A Billionaire Romance is her newest erotic novel, which was recently awarded a KDP Select “All-Star” award from Amazon US and UK for being one of the Top 100 “Most-Read” Kindle novels during the month of November 2015. Once upon a time, she lived in the grand lakefront city of Chicago; now, like a forlorn lover, she simply yearns for the day when she can return to it. She can be contacted through her publisher, French Kiss Press. www.frenchkisspress.com