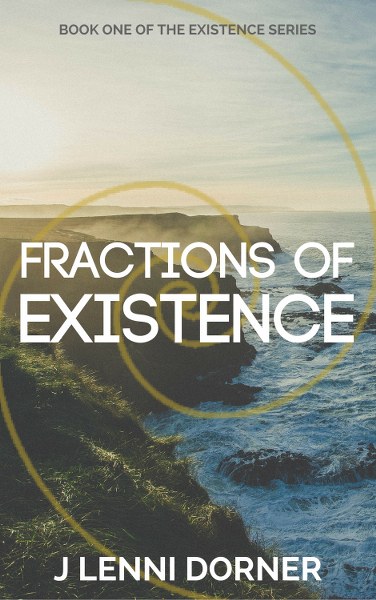 Once they were humanity’s exalted protectors— now they are being hunted.

Xavier will weigh all human life against Gwendolyn’s ignorant happiness.
The good news is that her choice can blow his away.
Omnipotent beings find each other while playing an online game. Xavier has been
searching for Gwendolyn, his true mate and the missing member of the
Existence. Only if reunited can the group regain the rest of their
memories and access all of their powers. Hidden in plain sight,
disguised as humans, they help who they can, as best they can, when
they can.
The Eyes in the Shadows, a religious sect, has been trying to free humans
from the “prison” of life on Earth for millenniums. The Existence
has always been able to thwart them… until now. They’ve discovered
a way to end the world that no one will see coming.
Gwendolyn has her future all laid out. There is a plan. She knows what her
parents want for her and how to get it. Then Xavier, a friend from a
virtual game, makes her question everything. He’s full of secrets,
one being an understanding of her fear of the wind.
She tries to suppress her intense attraction to the mysterious and
frustrating Xavier. She’s engaged, after all, and the thoughts she’s
having aren’t proper. Gwendolyn is swept into a whirlwind of secrets,
danger, and a forbidden attraction. She’ll drive across the country
in her beat-up old car, not knowing if he is genuinely interested or
just being polite. (He refuses to kiss her!) Gwendolyn’s journey is
full of self-doubt, sacrifice, and dark visions that invade her
sleep. Will she uncover the truth about herself?
The following TRIGGER WARNING may contain spoilers :
This urban fantasy is 99k long and contains some strong language, sexual
situations, alcohol, a scene with medical marijuana, violence
(including a memory of the murder of a sadist seconds before he
commits rape), an arranged marriage, and college student debt. The
majority of this book takes place in 2005.
Goodreads * Amazon

While embracing the ancient tribal traditions, J Lenni Dorner learned a legend
originated by The Grandfathers.
J is best known for the Existence
series. Book One, “Fractions of Existence,” is available on
Amazon as of 2017. Also known for the writer’s reference book,
“Preparing to Write Settings that Feel Like Characters.”
In May 2016, J became a member of the Operation Awesome Team, running
the Debut Author Spotlight on Wednesdays. Blogging from A to Z
#AtoZchallenge co-host as of 2017.
The Creative Writing Institute holds writing contests which resulted in
J Lenni Dorner’s publication in “WRONG!: A themed anthology 2014” and in
“LOST!: A themed anthology 2017” (available on Amazon).
J weaves fantasy with lore to unhinge your mind.
This speculative fiction and reference author is happily married and
living in Pennsylvania (USA) on the original lands of the
Lenni-Lenape people. When not reading or writing, J enjoys video
games, funny cat videos, finding drawings of dragons on Pinterest,
and watching movies.
Website * Facebook * Twitter * Instagram * Pinterest * Bookbub * Amazon * Goodreads