Jill Swanson has loved Nico Bianchi since she was eighteen, but how much heartbreak can one woman take before she’s utterly broken?
After a tough year and half Jill’s main focus is on raising her infant daughter and doing the best that she can with her situation. When a call from Nico’s mother sends Jill and her daughter to Perugia, Umbria. Jill’s faced with the one man that shattered her heart and left her a changed woman.
She didn’t expect to still have feelings for him but now her main focus was being there for his mom and letting him get to know his child.
Nico Bianchi spent ten years sabotaging his own happiness out of fear that history would have a way of repeating itself.
Now sober and healthier than ever he’s ready to fight for his family. But just when he’s finally gotten through to Jill, ghosts from the past reappear and test his sobriety, threatening to ruin his new life. If he sabotages things again he knows, he will lose his family for good this time.
Are soul-mates destined to be together?
Jill wants more than anything to believe that she and her daughter are finally going to get their happily ever after. But with Nico’s past coming back to haunt him, she come face to face with the reality that no matter how strong her love is for him, it might not be strong enough…and she may just lose him forever.
Will Nico finally rid himself of the demons that haunt him once and for all?
Or will Jill have to walk away to protect herself…and their child? 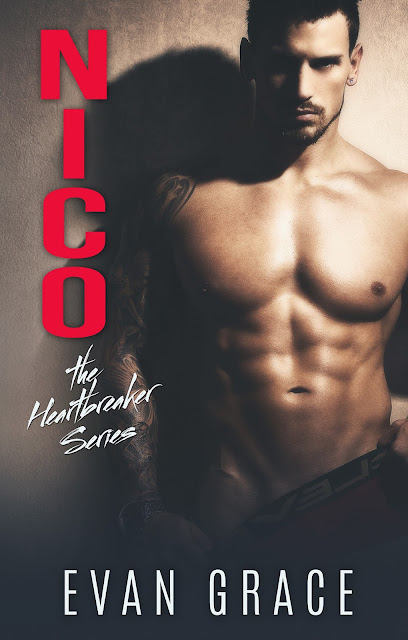 Chapter One
Jill
“Should we give him more time?” Dr. Franklin asks me and all I can do is shake my head, no. Nico Bianchi has let me down again. I don’t know why I keep giving him chance after chance because all he’s been is a no-show. Oh, he’s come to a couple of appointments but he seemed about as uninterested as a person could get. He tells me he loves me and that he wants this baby, but his actions prove otherwise. I know he’s still using whatever drugs he’s been taking and drinking all of the time. The multiple slutbags he’s been hanging out with doesn’t help either.
I guess it makes me glad that I had already stopped sleeping with him when his behavior turned more erratic. Who knows what type of STD’s he’s got. I was truly hoping that he’d change for us, but instead he’s gotten worse.
Today I’m finding to find out the sex of the baby. At my twenty week ultrasound the baby kept his or her legs crossed and wouldn’t show us and since I’m measuring big they want to do another ultrasound today.
“Okay since we’re not waiting let’s get started.” I lie back on the table and pull up my shirt. Dr. Franklin tucks a paper drape into the top of my jeans. She squirts some of that warm jelly onto my belly and grabs the wand thingy. “Let’s hope this little one cooperates with us today.” As soon as my baby’s image appears on the screen I feel the tears build in my eyes. I still can’t believe I have a little human growing inside of me. The doctor tells me everything that she sees and my heart swells knowing that my baby is looking good. “Oh my. This little one is finally working with us. It appears you’re having a little girl.”
I begin to cry happy tears. I’m having a little girl. My life will soon be dresses, baby dolls and shoes. “That’s great.” I whisper. My voice sounds hoarse from the tears I’m shedding.
After my checkup she lets me know that when I enter my eighth month next month that I will start coming in every two weeks. She tells me to continue normal activity for now, but if I have any tightening in my belly or begin to spot that I need to start slowing down. I tell her goodbye and stop at the front desk to schedule my next visit.
When I step outside I make my way to my car and climb inside. I blast the heat and try to warm myself up. While I wait I pull out my phone and send Nico a text.
Where were you? You missed ANOTHER appointment.
I pull out of the parking lot and decide to stop by Nico’s condo. I’ll show him the pictures and tell him what we’re having and he’ll probably act like he doesn’t care as usual. When I reach his condo I see another car sitting in the driveway and my stomach starts to turn. I get out and make my way to the front door. I knock and ring the bell but he doesn’t answer. I have a key, but normally I don’t use it. Well, today that changes. I’m tired of him hurting me over and over. I feel like I’ve become pathetic because I always forgive him. I always give him another chance.
I stick my key into the lock, turn it and then push open the door. The place is a mess. There are bottles everywhere. Vodka, Tequila and beer bottles litter the coffee table, the end tables and every other available space. I walk through the living room and make my way down the hall to his room. My stomach turns violently as I notice women’s clothing scattered all over the floor and ending at Nico’s door. 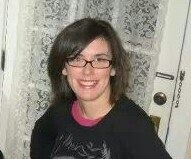 A Midwesterner and self-proclaimed nerd, Evan has been an avid reader most of her life, but five years ago got bit by the writing bug, and it quickly became her addiction, passion and therapy. When the voices in her head give it a rest, she can always be found with her e-reader in her hand. Some of her favorites include, Shayla Black, Jaci Burton, Madeline Sheehan and Jamie Mcguire. Evan finds a lot of her inspiration in music, so if you see her wearing her headphones you know she means business and is in the zone. 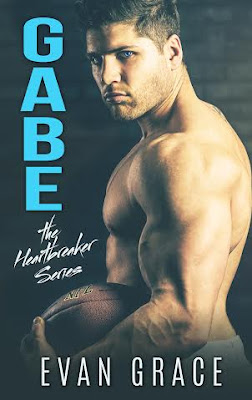