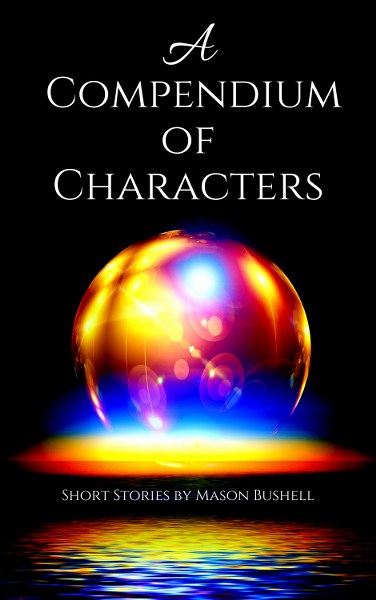 The world of imagination is a magical place filled with fantastical stories. Inside A Compendium of Characters you’ll be drawn into myth, legend, and mystery on every page, and across various genres. You’ll meet aliens, vampires, angels, and maybe a ghost or two; discover stranded people, farmers with shotguns and people to save. There’ll be romantic liaisons, fairytale frolics, and mysteries to solve!
**Only .99 cents!!**
Goodreads * Amazon

“I know. It’s a crying shame, for none of them mean a shred of harm; except wasps, of course.” Harriet looked all over the lily flowers again. The owner of the voice was still hidden in the foliage.

The little voice giggled. “Wasps are always in a bad mood. I tried to cheer some of them up once. You should have heard the rude words they called me. It was enough to make my ears curl.”

“I’m not surprised, rotten little devils.” The old lady sat back, placing her hands in her lap. She decided to stop looking for the owner of the voice in her flowers, realising she would show herself when she was ready. “I’m Harriet, do you have a name?”

“They call me Buttercup Lily.”

Mason is a naturalist in every way and spends much of his time in the nature reserves by his home. His faithful dog Lucy is never too far away, especially when he is experimenting with the culinary arts. Mason loves a good mystery and dreams of opening a restaurant like the Workhouse soon.
Website * Facebook * Twitter * Bookbub * Amazon * Goodreads