Forget everything you think you know about myths and legends, James Pyne’s
Big Cranky connects them all in an epic web of deceitful betrayal,
love, and loyalty. A capricious tale of gods, showing human quirks
are not only wasted on the mortals. A tale of many deities treading
lightly around a superior as the world begins.

James Pyne hails from Nova Scotia, Canada, and has been a scribe for the
Universe much of his life. He’s a firm believer in being able to
write in every genre, to make his world building and characters
hopefuly come out genuine. No matter what he writes it will have some
form of darkness, nothing is pure light in any worlds James creates
and rumor has it, his surviving characters are plotting his demise.
When it comes to his past time, much of it is spent learning the
craft, but he does enjoy gardening and playfully tormenting those he
loves. When he’s not writing, or working his day job, he’s traveling.
The Andalusia region of Spain the last place that tolerated him.
Favorite authors: John Gardner (Grendel, Sunlight Dialogues). Fyodor
Dostoevsky (The Brothers Karamazov). Clive Barker (Imajica,
Weaveworld, Books of Blood). Terry Pratchett (Good Omens, Bad Omens).
J.R.R. Tolkien (Lord of the Rings). And all the scribes who carried
on the tradition of myths throughout the ages.
Facebook * Amazon * Goodreads

#BlogTour OF DAWN AND EMBERS by Kyoko M 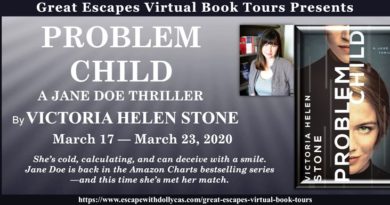 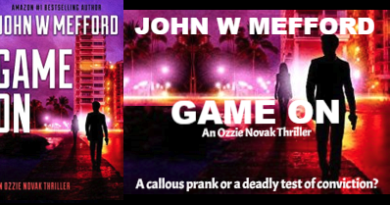