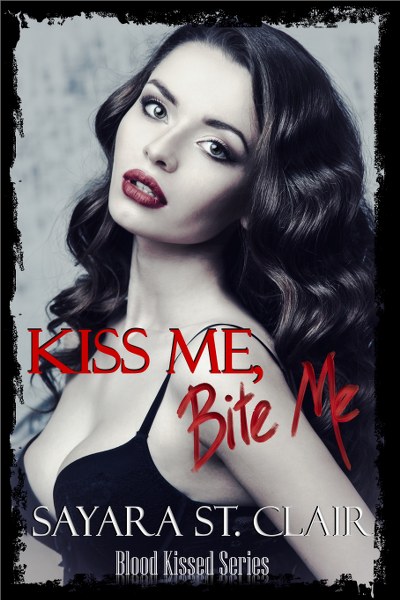 I’d learned early on in life not to show weakness. Like messy emotions. Shedding tears in front of my family had a similar outcome to busting out of a shark cage wearing blood cologne.
The world hasn’t treated Kayana Castello Branco particularly kindly. So it’s no surprise to her when she literally bumps into her soul mate, only to find he’s already taken. He’s gorgeous, strong, smart, kind-every woman’s ideal guy. Of course he’s unavailable for soul-matey business.
When fate shows pity, putting Greg Morgan in her path a second time, the resulting collision is colossal. Their connection is epic, the stuff of romantic legends, fairy tales, sonnets. They’re like Romeo and Juliet (only, the R-rated version).
But something has happened to Greg. Now, every time he gets near Ana, he gets long and hard…and pointy in the fang area. He doesn’t know whether he wants to kiss her, lick her, do-that-thing-that-rhymes-with-duck her. Or bite and deprive her of every last molecule of haemoglobin.
Loving a newbie vampire with control issues really and truly sucks.
Goodreads * Amazon
Book Trailer
https://youtu.be/XKcskCXaAt0 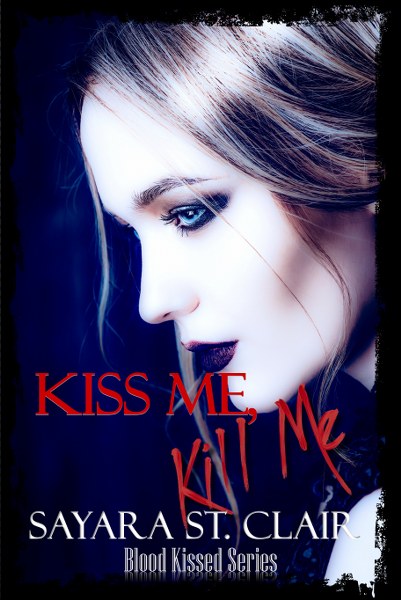 Kiss Me, Kill Me

Oh, Universe…how bad dost thou suck? Let me count the ways.
Near demise by molesting dudes in an alleyway.
Near demise by marsupial-induced car crash.
Near demise by colleague/psycho stalker.
Near demise by rogue vamps in that other alley.
Really, I should have taken my boyfriend up on his offer to turn me. But choosing to endure a liquid diet for all eternity is a weighty proposition. I mean, life hasn’t been all blood and crumpets for Greg since becoming a creature of the night. Then there’s the case of the only other vampire I know, who didn’t exactly take her turning like a champ.
Door Number One: retain my humanity.
Door Number Two: embrace vampirehood.
Being a scientist, I analyse things. Down to the bone. The sample size of two vampires, combined with the lack of available literature on humanity versus vampirehood, makes it impossible to accumulate any meaningful data upon which to base my decision.
While I’m busy weighing the pros and cons, the universe serves up one more heaping helping of suck—in the form of a formidable opponent determined to freeze me out (literally) and snatch away my man.
This is SO gonna hurt. I should have opted for Door Number Two sooner…
Goodreads * Amazon
Book Trailer
https://youtu.be/KBeUouTKvdE 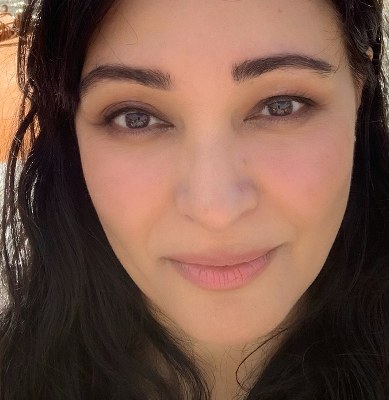 If someone told a young Sayara St. Clair that one day she would be an erotic/paranormal-romance-writing Aussie expat living in Thailand, she would have snort-laughed and yelled, “You. Be. Crazy!”
If someone told her the same thing now, she would not yell, only nod solemnly. Because that actually happened.
Sayara has a science degree, with majors in both microbiology and biochemistry. Working in the fields of serology and tissue banking, she got to do lots of cool and sometimes slightly weird stuff. She was employed as the manager/buyer for furniture retail stores, where she had a chance to unleash her inner interior decorator. (Interior design is one of her great passions.) And for a time, she taught English to students in Asia. (Hanging about in a roomful of extremely loud, pint-sized humans is not one of her great passions.) She has written ads for TV, print and radio; real estate brochures; website copy; and a screenplay. Now she’s writing fiction and has discovered it’s her favorite thing to do. She’s also learned that writing sultry romances is so much more fun than writing dry old scientific journal articles. No one has sex in scientific journal articles. Not the ones she wrote anyway.
When not writing, she may be most commonly found in a horizontal position reading, in the kitchen baking, in the garden planting, or somewhere else singing at the top of her lungs. She loves music and is prone to spontaneous bouts of dancing.
With regards to vampires and chocolate: she bites one on a daily basis and has had a lifelong obsession with the other. And she’s not telling which one’s which.
Website * Blog * Facebook * Twitter * Instagram * Pinterest * Amazon * Goodreads * Newsletter

#BlogTour SILVER UNDER THE MOONLIGHT