Discover A Scorching New World Of Immortals In Lasasha Flame’s Tale Claimed: Dark Breeds Of The Lycans, The First Installment Of The Dark Immortal Flames Series… Coming Soon
Dark Lycan Alpha Lord… Power Is Everything
Rike West reveres power. After his father’s recent death, the opportunity to gain more rises. It is his birthright to unite both his empire with his fathers and sit on both thrones but he is met with red tape. Without a Queen and a legitimate heir, Rike will be forced to give up his claim to his father’s Empire to another with a stronger claim. Rike decides to find a mate to wed and bed. He doesn’t need love, just kick him out a babe so he can claim rule over half of the North American lycans.
Except fate had other plans and throws him one curveball after another, One being the growing obsession with Amelia. She is fierce, beautiful, and not to be underestimated. One problem: She hates his guts and sees him as a ruthless monster she wants nothing to do with… She’s not wrong
Future Queen Of The Dark Moon Empire? Ha… I Think Not!
Amelia Torrin is just a free-spirited lone lycan looking to explore the world and occasionally paint little masterpieces. Her visit to see a good friend leads to meeting a dark and dangerous lycan alpha; Who would stop at nothing to have her. He is going to learn real fast, that she is nobody’s prisoner and will kill him before she would ever agree to birth his unholy offspring.
If You Enjoy Paranormal And Fantasy Romances With Werewolves And Lycans, Alpha Men, Strong Female Characters, Explicit Language, Hot Sex Scenes, And Enemies To Lovers This Is The Book For You! Can Be Read As A Standalone But Better In The Series.
Goodreads * Amazon
About the Series
This Series Is Set To Be Released In 2020 Starting With Claimed: Dark Breeds Of The Lycans!
The End Is Near! Each Book Is Popping The Lock On Lucifer’s Cage In This 13 Book Series!
In Each Of The “Immortal Dark Series” Books, A Prophecy Is Being Fulfilled. With Each Fulfillment, Another Seal Breaks On Lucifer’s Cage And Moves Gaia, The Realm Of Earth, Closer To The Apocalypse. Once Freed Lucifer Will Destroy The Entire Earth Because It Is The Home Of Mankind, One Of God’s Favorite Creations.
So If You Love Dark Fantasy and Paranormal Romance And Want To Get Updates Please Subscribe At
https://www.subscribepage.com/darkimmortalflame 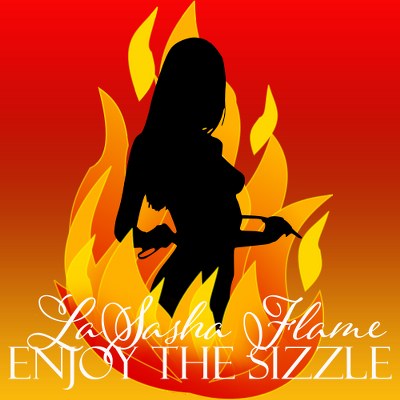 My Name Is Lasasha Flame. I Am A Young Author From Chicago, Hoping To Bring Some New Heat And Sizzle To The Romance Genre.
My Favorite Genres Are Paranormal And Dark Romance. I Love Reading A Good Book But I’m So Busy In Life That I Only Gets To Enjoy Audiobooks. It’s The Only Way I Can Get Lost In A Good Book Nowadays. And You Know What? I Half Prefer An Audiobook Over Print Any Day! I Have A Long Standing Membership At Audible And I Plan To Publish Audio Books For Busy Bookworms Like Myself! Yay!
My Love Of Writing Started When A Friend Of Mine Encouraged Me To Write A Short Story And Just See What Happens. Turns Out I Had A Knack For Writing Because Everyone Loved My Short Stories. From Then On I’ve Worked On Improving My Craft. Growing From Flash Fiction To Novels.
I Would Like To Introduce The Series I Have Been Working On. I Am Basically Writing Thirteen Books At Once. Claimed Is The First Installment Of My Dark Immortal Flames Series!
And Not Only Do I Have The Main Series In The Works But I Will Be Releasing Mini A Series And Several Short Stories That Take Place Within The Same Multiverse Of The Main Dark Immortal Flames Series.
Behind The Veil In The Torrid Tales Collection Is One Of Them!
https://www.amazon.com/dp/B081YJ5PLX
Birth Of The Sand Viper: Origins Of Jafar Is Another!
https://www.amazon.com/dp/B07RV4GX8T
And Not Yet Released Captive Of A Dark Prince Will Be One!
https://www.amazon.com/dp/B083XBJKX9
I Am Really Looking Forward To Sharing Some Of The Twisty Goodness I Have Planned!
Website * Facebook * Twitter * Instagram * Bookbub * Amazon * Goodreads

Follow the tour HERE for special content and a giveaway!
Enter to win a $100 Amazon Gift Card or Swag Packs
Enter the giveaway HERE! 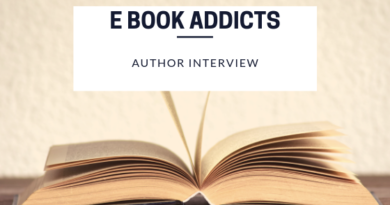 [Author Interview] Through a Broken Heart by Colleen Meissner