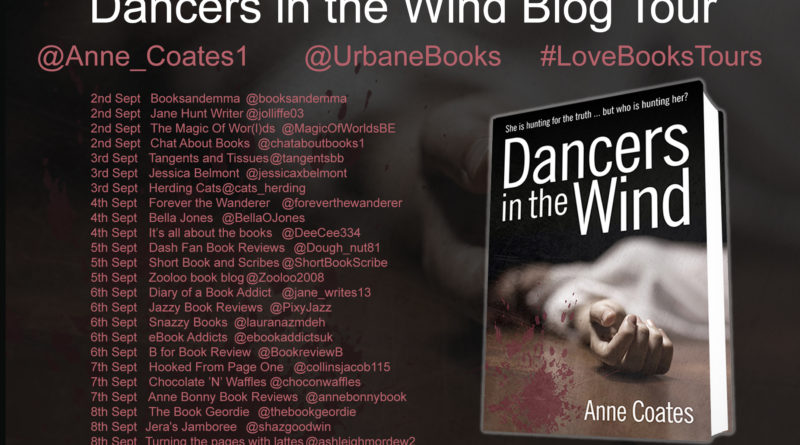 #Excerpt from Dancers in the Wind by @Anne_Coates1 @UrbaneBooks #LoveBooksTours 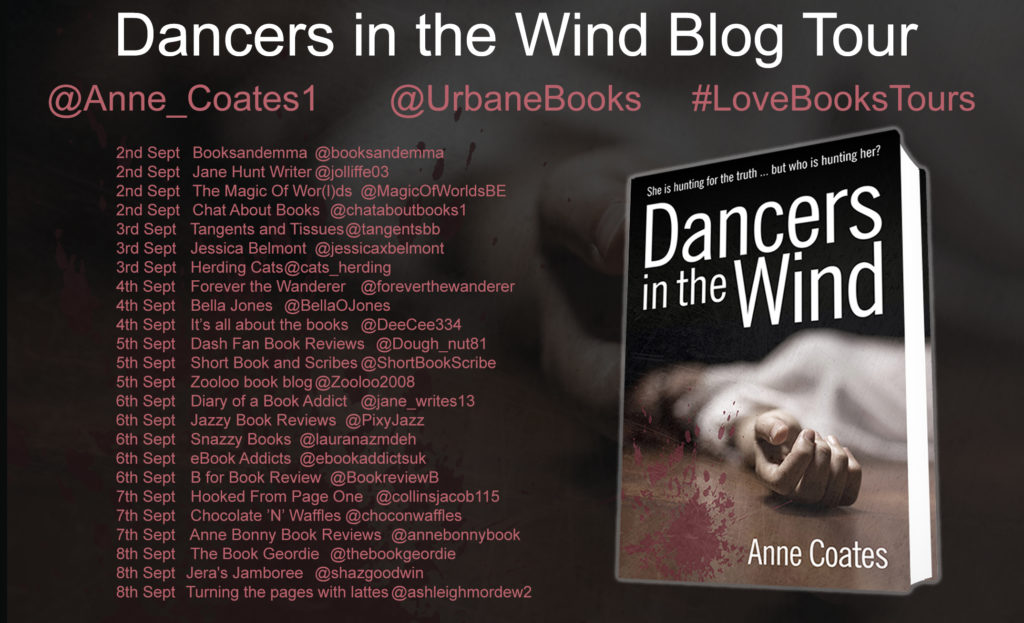 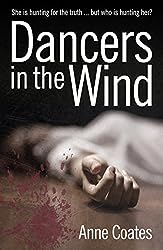 Dancers in the Wind
by Anne Coates
Genre: Thriller, Crime

Freelance journalist and single mother Hannah Weybridge is commissioned by a national newspaper to write an investigative article on the notorious red light district in Kings Cross. There she meets prostitute Princess, and police inspector in the vice squad, Tom Jordan. When Princess later arrives on her doorstep beaten up so badly she is barely recognisable, Hannah has to make some tough decisions and is drawn ever deeper into the world of deceit and violence.

Three sex workers are murdered, their deaths covered up in a media blackout, and Hannah herself is under threat. As she comes to realise that the taste for vice reaches into the higher echelons of the great and the good, Hannah realises she must do everything in her power to expose the truth …. and stay alive.

Death might be an equaliser but dying has its own hierarchy, its own dialogue and narrative. The dying scatter their clues. Just as the dead reveal the evidence of what has gone before. Sometimes.

Detective Inspector Tom Jordan picked his way over the waste ground adjacent to King’s Cross Station. The surface was uneven and pitted. It was used as a car park and a place where the women working the area sometimes brought their clients. In the mornings, the place was littered with used condoms, needles and empty cans and bottles. Today was no exception.

It had rained heavily in the night. A much-needed summer downpour in the drought-ridden south-east. The early morning air was still heavy with moisture. The sun hadn’t risen long enough to burn it off. Six-thirty. He’d had the call 45 minutes earlier. He’d been in bed but there had been no one else there to be disturbed.

Want! He ran a hand through his fair hair and gave the officer a look that said it all. He didn’t want to know that another body had turned up on what he currently thought of as his patch. It was a fact he needed to know. A fact that he’d rather didn’t exist. His stomach rumbled; lack of breakfast. He’d only had time for a coffee which he had drunk standing in the compact modern kitchen in his new-build ground floor flat, overlooking the small garden which now looked less parched but no less uncared-for. A long-awaited drenching.

Right now Tom Jordan could have done without it. Mud and bits of rubbish clung to his shoes doing nothing to improve his humour. He nodded at a couple of uniformed constables and gingerly stepped over the tape cordoning off the area where the body had been found. An ambulance was at hand, blue light flashing unnecessarily.

The photographer was just finishing the scene of crime photos as the pathologist, Josey Carhill, arrived. Black plastic covered the body. DC Doveton lifted it, his face a mask. Tom suddenly realised that the noise he had been aware of from the moment he had arrived and had ignored was WPC Avril Spenser leaning against a low brick wall and throwing up.

“Get her away from here, Doveton.” His voice was a mixture of irritation and weariness. Doveton couldn’t decide if the inspector was annoyed with Avril’s reaction or his own inaction. He moved away smartly.

Tom bent down to stare at the inert body. It lay face to the sky as though it had been thrown there. Arms and legs akimbo. The little clothing that was left on the body – a cut-off red cotton top and miniscule skirt – was torn and now mud- and blood-spattered. Incongruously, her blond hair, darkened by the rain, gleamed in the sunlight. Bruises on her face and on every part of her body that was visible bore witness to a systematic beating. Dark brown eyes stared out of a face that looked remarkably relaxed. He could almost hear her voice. Don’t nick me now, Guv. Let me do a bit of business first.

“Lisa.” The name emerged on a breath.

The pathologist looked up, a question reflected in her eyes. She knew Tom Jordan had been brought in after the previous DI had been “retired” following “irregularities”. She hoped Tom wasn’t prey to them as well.

“That was her name.”

“Oh.” Josey closed her bag. “Well, looks like she was killed elsewhere and dumped here. Rather like the last two. There seem to be a lot of fresh needle marks on her arms. Was she a user?”

“I don’t think so.” Tom swore under his breath. “Time of death?”

“Anytime between nine and midnight. The rain started at about 2am and she’s drenched. I’ll know more when I do the post mortem.”

Tom nodded mutely. He waited for the scene of crime officers to arrive and then returned to his office. He had a long day ahead of him.

For most of her working life in publishing, Anne has had a foot in both camps as a writer and an editor, moving from book publishing to magazines and then freelancing in both. Having edited both fiction and narrative non-fiction, she has also had short stories published in a variety of magazines including Bella and Candis and is the author of seven non-fiction books. Telling stories is Anne’s first love and nearly all her short fiction as well as Dancers in The Wind and Death’s Silent Judgement began with a real event followed by a ‘what if …’. That is also the case with the two prize-winning 99Fiction.net stories: Codewords and Eternal Love.

#BookTour & #Giveaway TOGETHER WE STAND VOL 2

[Blog Tour] The Trouble With Being A Movie Star’s Wife by Z.N. Willett