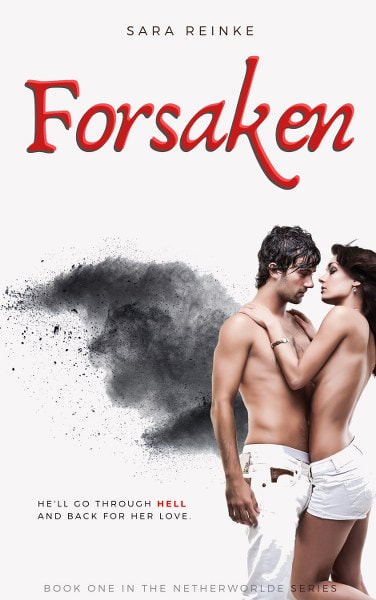 Jason Sullivan has everything he could have wanted in life — his own business, the perfect girlfriend and the perfect opportunity to ask her to marry him. Then, in one violent, unexpected moment, he loses it all. Murdered in cold blood, wrongly condemned and enslaved to a sadistic demon, Jason must fight to reclaim not only the life and love he’d once known, but also his soul.
Goodreads * Amazon
Book Trailer
https://youtu.be/iR6FC4RWAGo

This has to be a joke, Jason thought, leaning heavily against Sam as he shuffled through the front door of the upstairs apartment above the bar. He’d lived there for years, but like the tavern below, nothing but the floor plan was remotely recognizable to him. His hand-me-down furniture was gone, the metal-framed futon with faded black upholstery, the ugly standing chrome lamp that Sam had always teased about being “circa-1980s-chic.” The oversized wooden crates he’d used for a TV stand were gone, along with his bookshelves and stereo, his drafting table and computer, the faded and threadbare oriental rug that had covered the hardwood floor.

“Here,” Sam murmured, easing him down against a stack of cardboard boxes. These were everywhere, some opened, others sealed with tape, as if someone was in the process of either moving in or out. She went to one that had already been opened and dug around until she found what she was looking for, a large, dark blue wool blanket. She hurried back to his side and wrapped it around him.

The dog sat nearby, watching. It hadn’t tried to attack Jason again, but its lips would occasionally wrinkle back to reveal its teeth, and it would utter a little sound that would start off as a growl, then end in a short, rasping sort of whoof, more an expulsion of air than a bark, as if to say, I’ve got my eye on you, pal.

This has got to be a joke, Jason thought, looking helplessly around while Sam turned again, darting down the hallway toward the bathroom. They moved my stuff while I was out in the alley…Eddie and David and the rest of them…packed up all of the tables downstairs, shoved it all into the storeroom somehow, maybe the kitchen. Then they came up here and packed my furniture, everything. Just one big practical joke.

Except being stabbed wasn’t anyone’s idea of a joke, Jason realized, wincing as he eased the blanket back from his shoulder, trying to get a look at his wound. The electricity hadn’t been working downstairs, but was on in the apartment, and by the orange glow of a nearby lamp, he could see that he’d suffered one seriously gruesome injury. The fissure in his flesh was wide and ragged, the blood-crusted edges puckered like crude lips, the exposed meat beneath bright red and spongy. He was still bleeding heavily and when Sam returned, carrying a first aid kit in her hand, she gasped, her eyes flown wide.

“What happened?” She fell to her knees and threw open the kit, ransacking it until she found a large gauze dressing pad. Using her teeth, she bit into the paper wrapping and tore it open. “Oh, God, who did this to you?”

“A man…in the alley,” he murmured, jerking and sucking in a hurting breath as she pressed the pad against his shoulder.

“I’m sorry,” Sam whispered, close enough to feel her breath against his face, to her smell her perfume. This, at least, remained familiar and the same: Estee Lauder’s Pleasures. “Can you hold this here? I’ll go get some water. We need to stop the bleeding.”

He nodded, draping his hand against hers, holding the bandage in place. They stayed this way for a long moment, during which Sam’s rapid-fire, frantic breathing drew to a complete and silent stop. Then she stood again, pulling away from him.

“Just hold it,” she said, winding her way once more through the maze of boxes and ducking into the galley-sized kitchen. He heard more clanging, then the rush of water pouring full-blast from the tap. When she returned, carrying a large pot between her hands and leaving a sloshed, slopped trail of water in her wake, the dog rose to its feet, its tongue lolling out of the corner of its mouth, its tail wagging expectantly.

“No, Barton, this isn’t for you.” Sam knelt in front of Jason again, dunking a dishrag into the water.

“Whose dog is that?” he asked.

“Mine,” she replied, and he blinked in surprise. “I got him at the pound right after you…”

Her voice faded and she cut her gaze away. Right after I what? he wondered, bewildered. Then he shook his head. It didn’t matter, not the wound in his shoulder or the fact that his entire world had otherwise seemingly been turned upside down and inside out, then given a hard shake. Only one thing remained that truly mattered, the one thing he’d been neglecting for far too long.

“Marry me,” he said and she looked up at him, her eyes wide in surprise.

He leaned forward and kissed her, his lips settling lightly. Her breath caught and he felt her stiffen against him for a long, uncertain moment. When she relaxed, the tension draining in her body, palpably releasing from her mouth, their kiss deepened. The tip of his tongue brushed the seam of her lips and when she parted them, she uttered a soft, breathless sound, slipping her tongue gently, sweetly against his own. Her long, slim fingers, still wet and cold from the water, trailed against his face and caught in his hair as she lifted her chin and leaned into him. There was an unexpected and urgent passion in her mouth, as if she’d waited and wanted that moment, that kiss, for a long time.

Which, like everything else, made absolutely no sense whatsoever, since he’d only last kissed her surely no more than an hour ago.

When she drew away, her hands lingering in a caress, her eyes glistened in the lamplight with tears. When one spilled, he drew the thumb of his pad across her cheek to catch it.

“Marry me, Sam,” he whispered again, managing a weak smile. “I wanted to ask you last weekend at the waterfront, at Holiday Island, but I…”

More tears spilled, but to his surprise, when he reached for her, she jerked back. “How do you know about that?” she asked, rising to her feet. Twin patches of hot, angry color bloomed in her cheeks and she balled her hands into trembling fists. “Who the hell are you?”

“What?” He’d thought she was crying because she was upset about his attack, or happy about his proposal, or maybe even both, but when he realized she was more than upset, she was frightened of him, he tried to stand, but gritted his teeth against a spasm of pain and sank back to the boxes again. “Sam, it’s me. It’s Jason.”

“No, you’re not.” She shook her head. “I don’t know who you are, or…or how you know about that day at the park, but you…” Tears rolled down her cheeks and her voice grew hoarse and strained as she backpedaled. “You’re not Jason Sullivan. Jason is dead. He died five years ago.” 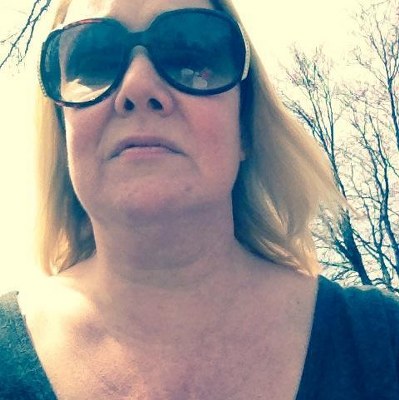 “Definitely an author to watch.” That’s how Romantic Times Book Reviews magazine describes Sara Reinke. New York Times best-selling author Karen Robards calls Reinke “a new paranormal star” and Love Romances and More hails her as “a fresh new voice to a genre that has grown stale.”
When she’s not writing, Sara is probably dreaming up her next fictional adventure, driving one or both of her kids to or from school, trying to keep her house from looking like a hurricane ripped through it, or working full-time as a registered nurse. During her free time, she’s likely to be found with a margarita or glass of Moscato in hand, failing miserably to replicate a recipe she saw on an episode of The Pioneer Woman.
Website * Facebook * Twitter * Bookbub * Amazon * Goodreads