#OnTour with #RachelsRandomRescoures
#BlogTour I Don’t Do Mondays! by Colette Kebell
@rararesources @ColetteKebell 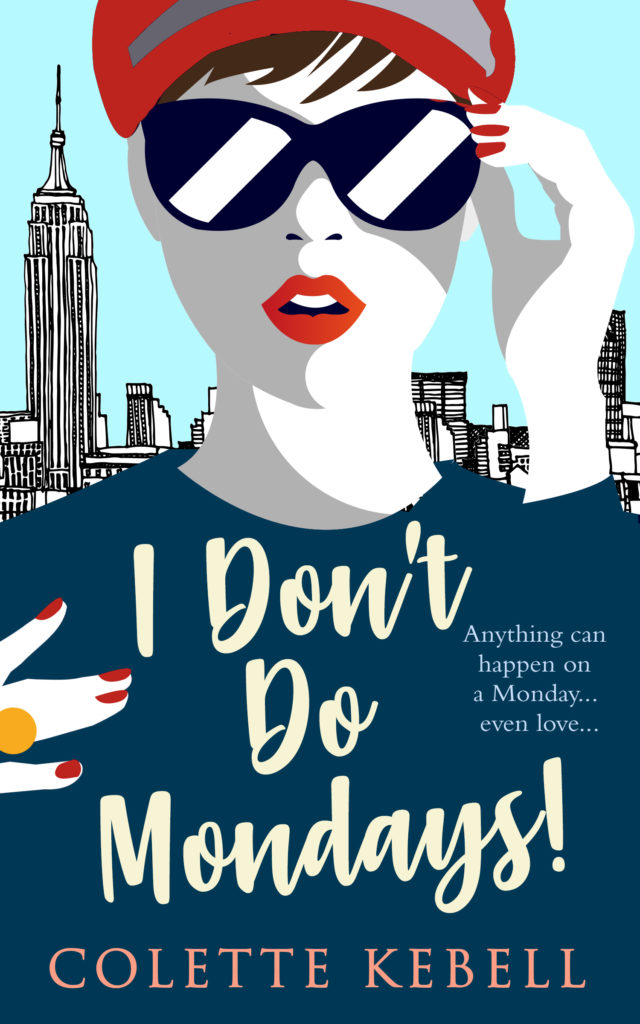 I Don’t Do Mondays!
by Colette Kebell

How can Mia find happiness?

Lawyer Mia’s picture-perfect dream life in New York is imploding. Her job has become too stressful, she’s exhausted from carrying her friends and what’s up with her striking, wealthy fiancé?

But when life-changing decisions force her to move to Maine, where she’ll face her often critical father and hard truths about what truly matters in life, she re-discovers a passion of her youth.

What begins as a low moment in her life quickly pushes her to consider what she genuinely wants and leads her down a new path where she must embrace the future and let go of the past.

Will this move help Mia to fix her life, once and for all, and will she finally find true love?

‘We have to keep a lower profile,’ Jason Allerton barked. The man was in his late seventies. He started working young. He was five foot five tall, slim as a pick, a full head of ghostly white hair; his double-breasted pin-striped suit had seen better times. Despite not having an official title in Allerton Groceries, he still held a significant number of shares.

‘When you say we, I assume you mean I have to.’ Carlton knew what was coming, another tirade from the old man.

‘You’re damn right I mean you! Look!’ Old Allerton threw a handful of gossip magazines over the long boardroom table towards his grandson. ‘We sell cheap stuff, our employees don’t give a damn about the customers, and rightly so, we pay them just enough to get by; we don’t have a customer care service and we have been nominated many times in the papers as the worst supermarket in the US. That is okay, we still make plenty of money, and customers cannot do without us. When customers enter our shops, we constantly remind them they are poor. The shoppers know damn well that if they had some money, they’d shop somewhere else. They have no choice. But this?’ He picked up one of the magazines where Carlton was pictured half-drunk, entering his Rolls-Royce after dinner in a two-Michelin-star restaurant. ‘This is unacceptable! We have to be the grey men; people don’t have to give us a second look. They obviously know we have plenty of money, but we don’t flash it in their damn miserable faces like this.’

‘I’M NOT FINISHED. For over fifty years, nobody cared about us, and when I say us, I mean the ownership of Allerton’s. Now we’re making the news, and not only in the gossip magazines.’ Jason Allerton’s face was becoming redder and redder. He walked towards the opposite side of the room, facing Carlton, and grabbed The Wall Street Journal.

‘Here, now we’re getting articles about us. People are complaining about our business; last night they even dared to put graffiti on the side of our building. When people are too upset, that is when businesses go bankrupt. Cut the crap, Carlton. No more front-page spreads in the gossip magazines, get rid of your beloved cars, and get something soberer. I’ve had enough!’

‘What is the point of making money if we’re not allowed to spend it?’ Carlton’s tone was harsh and direct.

‘Oh, but this is where you’re wrong, young boy. I don’t care if you buy a thousand villas around the world or if you have a car collection bigger than Jay Leno’s, if you throw money down the drain or burn your inheritance on whores and cocaine. Just don’t get caught showing it off when you’re the CEO of this company. And you know very well why you hold that title. No more news. If you get in the papers one more time, it has to be for some charitable work. Do we understand each other?’

Old Allerton didn’t wait any further. He gave an order, and that was enough for him; nobody ever failed to comply.

When Jason Allerton left the room, Carlton threw the magazines on the floor. What a bastard. He dialled Amanda’s number.

‘Still in the hotel, babe?’

To view the first parts of Chapter 1, please go to Novel Kicks and then the_book_reviewing_mum, before reading today’s conclusion of chapter 1. 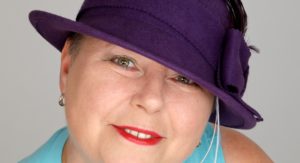 Colette Kebell is an author of Chick-lit/Romcom, though a relatively new one and thus far has self-published her books. Her books are light-hearted, fun and quirky and even considered by some to be inspirational.  She has also found avenues to translate both into Italian (thanks to her husband), and into French, Spanish and Portuguese via Babelcube.

As a career, Colette spent her later years as a legal secretary. After a first attempt at writing many years ago (a book that still remains in her drawer) she resumed this passion a few years back, after being made redundant.  After a few book signing events and a book talk, which almost caused her to collapse with nerves, Colette now spends her time between her home in the UK and her home in France.

Colette has two adorable dogs and spends some time, when not writing and marketing her books, cooking for herself and her husband, gardening or designing various items for their home.  Amongst her other hobbies, she has also experimented with furniture upholstery, and she might, from time to time, have a paintbrush in her hand.

#BlogTour EMBRACE OF THE WILD by Linda Ballou

#BlogTour LOVE ON THE PIER by P. Sawyer