☢☣ For fans who loved Divergent comes an action-packed love story celebrating Autism and Neurodivergence that you won’t want to put down. ☢☣
Mallory’s been hiding who she is for 18 years…
But now her terrible secret has been exposed.
Branded Irrelevant, Mallory is cut off from everything she knows.
Irrelevants are criminals, banished to live in the old city. But in the wasteland between the new city and the old, she stumbles on Cristan.
He’s bitter, paranoid, and possibly crazy…
He may also be right about everything.
To survive, Mallory must figure out who to trust, and embrace the behaviour she’s been taught to deny.
The answers may lie in a place even the most rebellious Irrelevants won’t go.
—
“An addictive adventure story with a Jekyll and Hyde flavour.” ⭐⭐⭐⭐⭐
“A riveting YA dystopian romance that hits all the familiar beats in fresh ways, and does a great job with neurodiversity.” ⭐⭐⭐⭐⭐
“The author’s diverse characters in this well-written story are all perfectly developed. I was thoroughly entertained on all levels of this fast-paced novel. Irrelevant, leaves you wanting more at the end with a cliffhanger that reminded me of Terry Brooks. I’m hooked. Brava!” ⭐⭐⭐⭐⭐
Goodreads * Amazon

Embracing the past means accepting what they made you…
For the first time in her life, Mallory doesn’t have to hide her Irrelevance.
With the help of the rebel Irrelevants and Cristan, she’s embracing everything she’s been taught to deny.
But when an attack goes horribly wrong and Cristan is captured, Mallory will be forced to do what she never thought possible to survive…
Cristan has no choice but to get involved in a war he doesn’t want. Without his help, the
rebels stand no chance of defeating the corrupt government.
To save his brother, to keep Mallory safe, he’ll do whatever it takes…even if it means becoming the very thing he hates the most…
For fans of The Hunger Games, The Gender Game and Divergent comes an action-packed love story celebrating Autism and Neuro Divergence that you won’t want to put down.
Pick up a copy and fall in love with Mallory and Cristan today.
Goodreads * Amazon

Face what you fear the most….
Discovering colour after a lifetime of grey has opened Mallory’s eyes to the beauty of Irrelevance.
But when she learns who Cristan is and what’s he capable of, she’ll be forced to question everything she feels for him…
When Cristan found rebel Irrelevants in the wastelands, he finally had the proof he needed to take down the government who think they own him.
But the rebels have secrets of their own.
Unsure of who he can trust, and with time running out, Cristan will be forced to choose between saving his brother’s life or Mallory’s…
No matter what he chooses, he’ll have to return to the new city and go back to the place that haunts his nightmares…
Sacrifice will be inevitable in the explosive conclusion to the Relevance Trilogy.
For fans of The Hunger Games, The Gender Game and Divergent comes an action-packed love story celebrating Autism and Neuro Divergence that you won’t want to put down.
Pick up a copy and fall in love with Mallory and Cristan today.
Goodreads * Amazon

Sarah Addison-Fox is a misfit from New Zealand who writes action-packed YA fantasy with a smattering of punch-ups, mega amounts of romance and a dash of family values.
She has an astonishing amount of nail polish, has all her creative writing credentials shoved in a drawer somewhere, and has a husband who, after 28 years, can still make her blush.
Website * Facebook * Instagram * Bookbub * Amazon * Goodreads 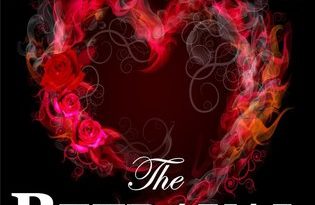