Can Rain solve his last case without getting his girlfriend arrested?
Rainier is a survivor. He’s made some mistakes, and now he’s paying for them. As a condition of his probation, he must work with the police on investigations where his skills might be useful. There is one more case to solve to complete his commitments. Then he’ll be free. As he heads undercover to work this last case, Sophia arrives in town. She is a childhood crush who means a great deal to Rain, and she is obviously terrified of someone.
Sophia has made a bad choice in the past, and now she’s in hiding to avoid dealing with it. Still, it follows her, and Rainier is the only one she can trust to help her deal with it.
Rain’s problem? The clues he uncovers on his final case all seem to lead directly to Sophia. Can he solve the case without breaking his heart or pointing the police in his girlfriend’s direction?
**Only .99 cents!!**
Add to Goodreads
Amazon * Apple * B&N * Kobo

The Lies He Told Me
Lies He told Book 1

When a police detective falls in love with his main suspect, life gets complicated.
When Chloe Bowman woke to find her husband gone, never did she imagine it would take so long to find him, or that in the midst of the search she’d discover she didn’t really know this man at all. She soon realizes she has been left alone with her young son and a time bomb on her hands. Then the earthquake throws everything into question. Lurking in the shadows is the mysterious Rainman who travels under an unknown name.
Police Detective Ross Cullen was already investigating Chloe’s husband when he disappeared. Although he’s powerfully drawn to Chloe, Ross also knows that when one member of a family disappears, the first place to look for the suspect is among those closest to him. No one is closer than Chloe.
But the deeper Ross digs the less he knows, and the more he’s attracted to the young wife as she struggles to put her life back together. Can Ross break through the Rainman’s disguises to solve the case so he can be with Chloe?
Add to Goodreads
Amazon * Apple * B&N * Kobo

Sylvie Grayson loves to write about suspense, romance and attempted murder, in both contemporary and science fiction/fantasy. She has lived most of her life in British Columbia, Canada in spots ranging from Vancouver Island on the west coast to the North Peace River country and the Kootenays in the beautiful interior. She spent a one year sojourn in Tokyo Japan.
She has been an English language instructor, a nightclub manager, an auto shop bookkeeper and a lawyer. Now she works part time as the owner of a small company, and writes when she finds the time.
She is a wife and mother and still loves to travel, having recently completed a trip to Singapore, Thailand, Viet Nam and Hong Kong. She lives on the coast of the Pacific Ocean with her husband on a small patch of land near the sea that they call home.
Website * Facebook * Twitter * Bookbub * Amazon * Goodreads 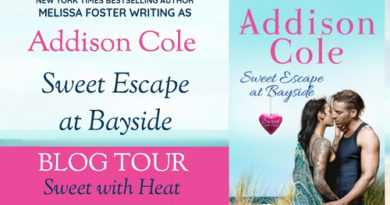