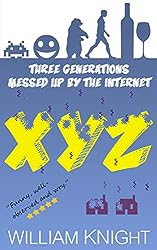 From a former Guardian and BBC writer, and author of The Donated, comes a hilarious story of mid-life crisis, family, technology, and coping with the modern workplace.

Jack Cooper is a depressed, analogue throwback; a cynical, alcoholic Gen-Xer whose glory days are behind him. He’s unemployed, his marriage has broken down, he’s addicted to internet hook-ups, and is deeply ashamed of his son Geronimo, who lives life dressed as a bear.

When Jack’s daughter engineers a job for him at totally-lit tech firm Sweet, he’s confronted by a Millennial and Zoomer culture he can’t relate to. He loathes every detail – every IM, gif and emoji – apart from Freya, twenty years his junior and addicted to broadcasting her life on social media.

Can Jack evolve to fit in at Sweet, or will he remain a dinosaur stuck in the 1980s? And will he halt his slide into loneliness and repair his family relationships?

We are making dinner. It’s some kind of vegetable curry and I spill curry powder on the workbench.

“Nice! You turning into an old man?” Caroline says.

I think she’s joking, but detect a rasping edge to her comment and I know she’s had a bad day. But hey, nobody deliberately spills curry powder. It’s not the sort of thing you want to clean up; it leaves yellow stains on the bench, and the dishcloth needs profuse rinsing to get rid of the turmeric. And then your hands smell. Besides, I’d had a bad day too, she didn’t have a monopoly on moods, men are allowed to be moody.

“Fuck off.” I leap straight in with the ten-megaton MAD reaction. It’s wrong. I know it’s wrong. She knows it’s wrong. We both know it’s not even meant like it sounds. It’s so ridiculously over the top for the context that it can’t possibly be serious. But it’s an opening shot and it says, If you want to argue, I can argue. Don’t mess unless you’re gonna push it to the max. She looks at me, shocked.

She has two choices. First, she can back down and take it as the overreaction it is. She can say something like, “Oooh! Did somebody press your alt-shift-delete keys today?” And I would respond with, “Sorry, I’m a bit grumpy and turmeric really gets up my nose.” Then we’d carry on with dinner, it would be tasty and filling, but otherwise unremarkable, and then we’d settle down for the evening; her on her laptop, the kids on their tablets and me trying to get everybody to engage with a movie or some documentary on BBC2, or dare to suggest we play a board game or have a conversation, or bring up the decorating that still needs to be done.

Or she could make the second choice. She could pick up the venom stick and beat me with it. She would start with, ‘You fucking arsehole, how dare you say that to me,” and we would shout insults at each other. I would call her a fucking control freak and she would say I was a boring twat. And so it would go on until one of us stormed out of the kitchen. Maybe I would go down the pub or she would go and visit her girlfriends, or perhaps both.

William Knight’s writing credits include The Guardian, The Financial Times and the BBC, among many others publications, where he has written about the successes and failings of technology.

He currently lives in Wellington, NZ, where he works as an IT consultant and writes blistering content for technology firms.

The Donated, (first published as Generation), is a thriller based on the dangers of experimenting with viral DNA and ignoring science. It features a techno-phobic journo.

XYZ is a mid-life car crash. Jack Cooper works for a super-cool tech firm and can’t operate his own mobile phone. Besides, his life is falling apart because his family is addicted to the internet.

Other novels, The Fractured and Foretold, may be available “one day” he says. 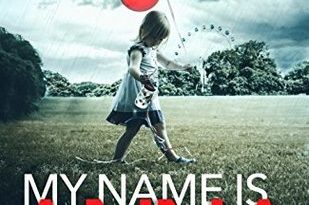