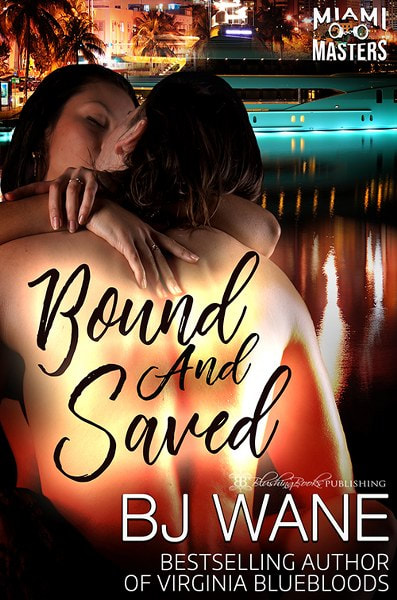 A few weeks after witnessing her stepfather order a cold-blooded murder, Cassandra Bowlin hides aboard a luxury yacht to flee the men who are after her. Dashing into a closet, she trembles in fear of discovery until the owner enters the room with a woman intent on gaining his sexual favor. The scene she witnesses between the couple leaves her shaken with arousal, making her wonder what she has been missing from her own sexual encounters.

Zachary Allen-Vancuren returns to his new decked out yacht, eager to take her out on a maiden voyage before presenting her to his friends. After putting several miles between him and the mainland, he slips downstairs and finds he’s stuck with a stowaway, with secrets she refuses to divulge and a determination to wring as much from his planned four-day excursion as possible. His refusal to engage in any sexual activities is met with her constant, teasing antics until she finally wears him down and he gives her the lesson she thinks she’s been wanting.

It takes interference from a surprising source and two rescues by Zachary to free Cassandra of her stepfather’s threats and enable her to embrace a future with the one man she hasn’t been able to resist. 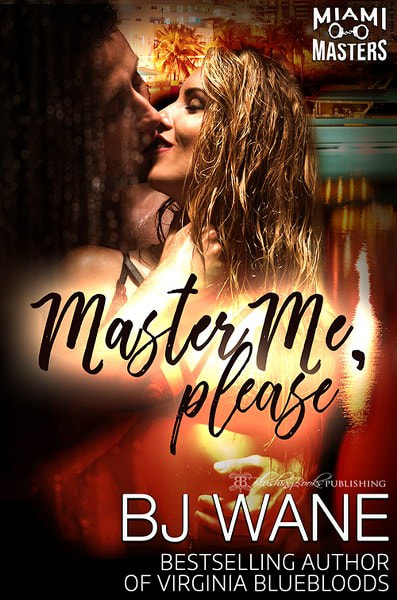 Krista Matthews thought nothing could be harder than losing her husband and Master to suicide until the man he’d entrusted her care to left also. By the time Dr. Dax Hayes returned from an overseas volunteer medical tour, she thought she was over his defection and ready to re-immerse herself in the world she needed and missed so much – without his help. One scene proves how wrong she was, and after Master Dax’s timely rescue, she agrees to let him tutor her back into the lifestyle. She just didn’t count on her growing feelings for the strict Dom, or his refusal to take her over completely, the way she craves.

Dr. Dax Hayes fell for Krista Matthews the minute he looked into her blue eyes and saw the sated, content look she shared with her husband, Dr. Kurt Matthews. He managed to keep his feelings and lust under control until his friend and colleague asked him to join him in gifting Krista with a ménage for her birthday. Knowing it was a mistake, but unable to resist, Dax succumbed to the temptation of this one-time scene, never realizing where it would lead. A year later, after sealing his fate with a questionable act, he flees on a guilt trip, only to return and discover nothing has changed – he still wants Krista with an ache that won’t be assuaged by anyone else.

Unable to resist stepping in when Krista gets herself in trouble, Dax again gives in to temptation and aids the one woman he can never have back into the lifestyle her submissive nature needs. When Krista learns the truth, will her feelings be strong enough to forgive him, or has he gambled everything only to lose it all in the end?

Publisher’s Note: This book is intended for adults only. It contains elements of power exchange and explicit scenes. 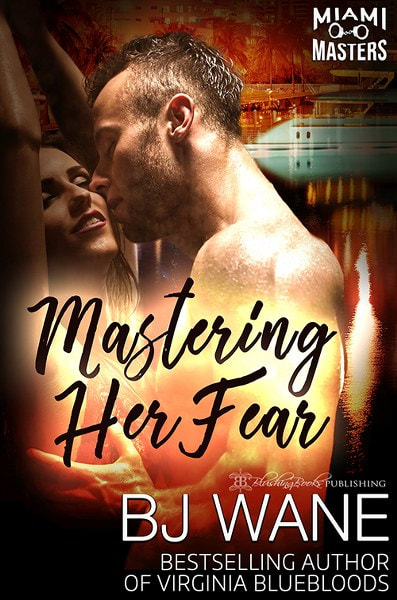 Julie Martin pulled on Jackson Davenport’s protective urges the minute he stepped outside and saw her go flying off her swing to land in a heap of gangly arms and legs then come up smiling. When he discovered how her parents pressed her into competing in beauty pageants for their own selfish gratification, he took it upon himself to provide her with the friendship the little girl craved. Years later, just when his adult feelings – and body – began to want more from the beautiful young woman she’d grown up to be, Julie moved away to take the modeling world by storm. Jackson’s first encounter with the changes in her personality broke his heart and he severed all ties with her.

Six years later, Julie returns to Jackson a broken woman, unable to cope with the nightmare that changed her life forever. When he discovers her penchant for cutting herself to deal with the fear, he shows her a new side of him she’s never seen before, and a new way to get through the darkness that continues to plague her.

Even though Julie embraces Jackson’s dominant sexuality and the way his painful ministrations work much better at calming her fears, the truth of what happened the night her two friends were murdered stands between them. Will she be able to set aside her guilt to tell him the entire truth, or will she once again lose the only person who can complete her?

Publisher’s Note: This book is intended for adults only. It contains elements of power exchange and explicit scenes. While it is the third title in the Miami Masters series, it can be enjoyed as a standalone. 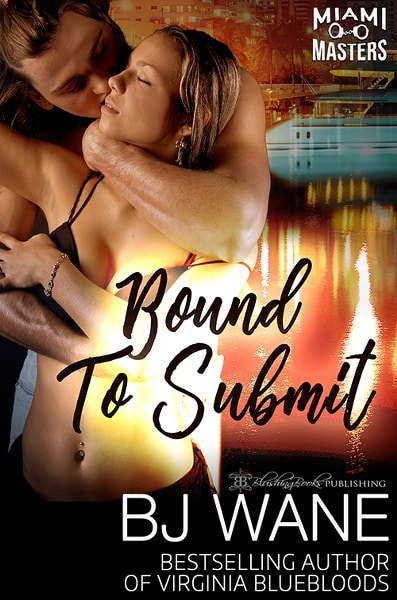 Hope Wallace left Atlanta after being betrayed by her family and friends in the worst way. Now, running a homeless shelter in downtown Miami, she was finally doing what she wanted with her life and working at putting the past behind her. The only thing marring her happiness was the constant desire to explore the lifestyle her new friends enjoyed so much. She had tried that once, and it led to disaster and her losing everything, but the urges kept pulling at her until she finally succumbed and braved going to a club.

Miles Cavenaugh fell for Hope the minute he saw her bruised face and determination to protect a friend and resident at her shelter. His violent childhood kept him from forming relationships, his fear of losing his temper if he came across someone harming an innocent woman or child made him anti-social and preferring to stick with his close friends for companionship. But when he hears Hope is at a local club while there is a serial abuser of submissives making the rounds in Florida, he rushes to ensure she stays safe. Unable to continue keeping each other at arm’s length, Miles and Hope agree to a short-term affair where he’ll introduce her to the lifestyle she craves until she gets her interest out of her system. But an unknown person is determined that Hope won’t find the happiness that has eluded her for so long, and both she and Miles may have waited too long to come clean with each other about their pasts.

Publisher’s Note: This steamy romance contains elements of power exchange. While it is book four of the series, it can be read and enjoyed as a standalone.
**On Sale for $1.99 from 10/9 – 10/16!!**
Goodreads * Amazon 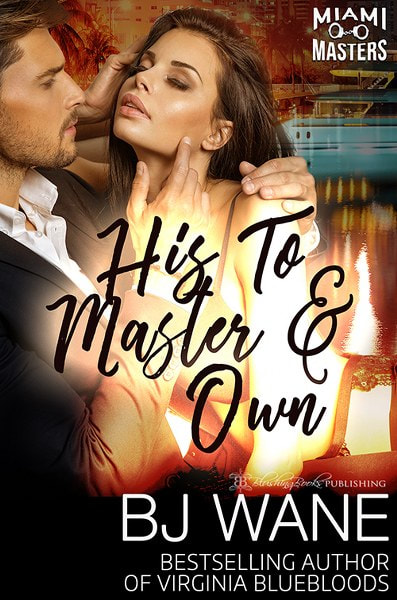 His To Master and Own
Miami Masters Book 5

The first time Sean Bates sees Alessa Alexander at a lifestyle club without one of her friends attending with her, he doesn’t approach her or interfere, deeming it’s none of his business. The second time, his protective, dominant instincts force him to confront her, and then offer his professional counseling for her needs.

Alessa’s desire to turn herself over to a man’s full control always kept her from believing she’d ever enjoy a long-term relationship like her friends recently committed to. When she gets up the nerve to ask Sean Bates to tutor her in her unorthodox fantasies, the first scene he devises leaves her aching for more of his strict control, but worried about keeping her feelings uninvolved. Past heartbreaks keep Sean and Alessa leery of hoping for too much from their agreed upon temporary relationship.

Between escalating problems with an ex at work and her insecurities, Alessa runs from Sean before she ends up hurt. But it doesn’t take her long to realize how much she wants him and his strict discipline, enough to risk the height of humiliation to earn his forgiveness.

Publisher’s Note: This steamy contemporary romance is the fifth installment of the Miami Masters series but can be read and enjoyed as a standalone. It includes elements of power exchange and ménage. 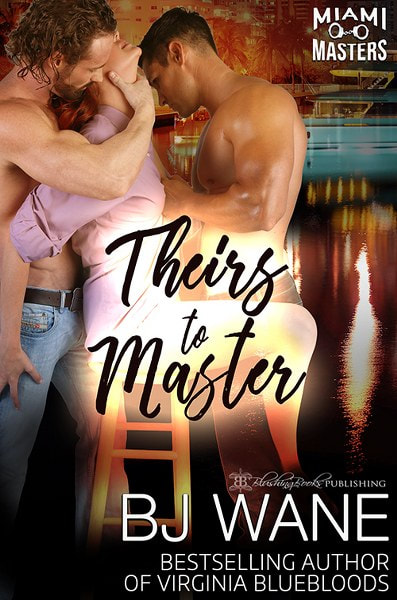 Theirs to Master
Miami Masters Book 6

Paige Wilcox has been lusting after the Carlson brothers since the first time she saw the two men enter the cops’ bar where she works. Problem is, neither man shows her the slightest interest – not until her sister is attacked at a club and they discover Paige posing as a submissive to draw out the assailant.

Troy and Trevor Carlson always found the feisty redhead attractive, but steered clear of personal involvement since she showed no signs of being into the lifestyle. Fear for her safety and a determination to keep her out of their investigation into a serial attacker prods them to insist she complete the terms of an auction contract after they win the bid on her. Neither Paige nor the brothers are prepared for the streak of submissiveness she exhibits under their dual control.

Paige doesn’t fight her growing need for the two men and the lifestyle they’re introducing her to, but when they give no hints the feeling is mutual, she despairs of anything coming of the short-term relationship. It takes the reappearance of the man they were after and another threat to her life to get all three on board with giving a committed, three-way relationship a try.

Publisher’s Note: This steamy contemporary ménage romance contains elements of power exchange. While it is book six of the Miami Masters series, it can be read and enjoyed as a standalone.
**On Sale for $1.99 until 10/31!!**
Goodreads * Amazon 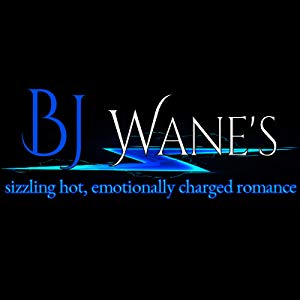 #BlogTour Children of the Light Series by Donna Hechler Porter 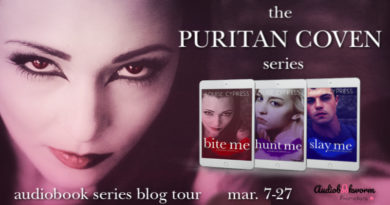