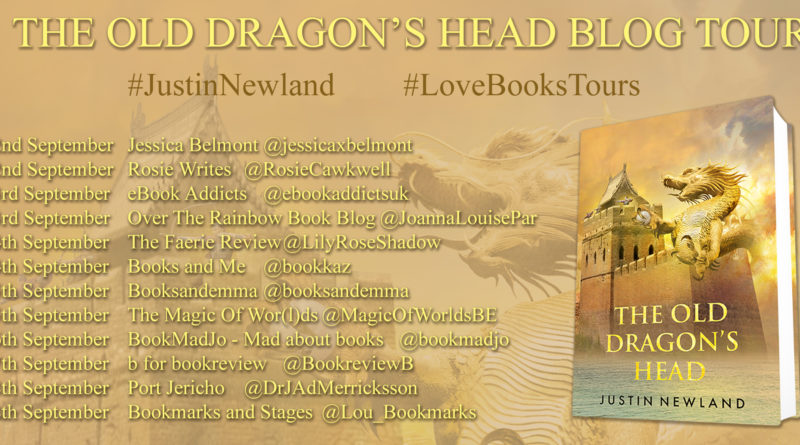 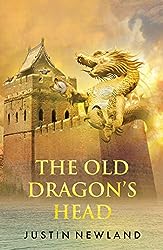 Constructed of stone and packed earth, the Great Wall of 10,000 li protects China’s northern borders from the threat of Mongol incursion. The wall is also home to a supernatural beast: the Old Dragon. The Old Dragon’s Head is the most easterly point of the wall, where it finally meets the sea.

In every era, a Dragon Master is born. Endowed with the powers of Heaven, only he can summon the Old Dragon so long as he possess the dragon pearl.

It’s the year 1400, and neither the Old Dragon, the dragon pearl, nor the Dragon Master, has been seen for twenty years. Bolin, a young man working on the Old Dragon’s Head, suffers visions of ghosts. Folk believe he has yin-yang eyes and other paranormal gifts.When Bolin’s fief lord, the Prince of Yan, rebels against his nephew, the Jianwen Emperor, a bitter war of succession ensues in which the Mongols hold the balance of power. While the victor might win the battle on earth, China’s Dragon Throne can only be earned with a Mandate from Heaven – and the support of the Old Dragon.

Bolin embarks on a journey of self-discovery, mirroring Old China’s endeavour to come of age. When Bolin accepts his destiny as the Dragon Master, Heaven sends a third coming of age – for humanity itself. But are any of them ready for what is rising in the east?

This extract is from Chapter 19. It’s from the point of view of Luli, a mother and the local seer.

“Did he?” Luli said, pacing the floor like a tigress. “I think I know what is happening to you.”

“Can you show me your birthmark?” Luli asked.

“You know I am the custodian of gifts and bequests left by my deceased customers – the soul donors. Some leave letters for their soul receiver. I’ve an inkling one of them is for you.”

“What’s that to do with my birthmark?” he asked, unmasking his exasperation.

“All right, it’s here,” he said, standing and lifting the lower part of his robe. “There, that squidgy mark above my right ankle.”

“Hah! See! It looks like a reptile; a salamander, possibly a dragon. Let me see if I have a match to it,” Luli said, searching the rows of boxes.

“A match? What are you talking about?”

“I’m the keeper of the Po Office, the house of restless souls,” she said, as her hands moved with swift dexterity along the rows of boxes and packets. “When a person dies, their Po or soul leaves their body and searches for another body to enter – the body of a baby about to be born. Along with the soul, the birthmark of the deceased also transfers to the new born. It’s the distinguishing mark, the link between the two people, the soul donor and the soul receiver. When the soul donor leaves a gift or envelope for me to pass on to their soul receiver, they draw two things on it: the shape of their birthmark and where it appears on their person.”

“Fascinating,” he said. Dong had told him of the Taoist belief in the transmigration of souls. But to actually read correspondence from the donor of his soul, that was extraordinary and the last thing he had expected from this visit.

“Hah! Here it is!” Luli cried with an air of triumph and held up an envelope. “Yes. There’s a match, both in shape and position. This gives me immense satisfaction. I am a connection between two complete strangers whose lives overlapped simply because they shared the same soul and one of them is standing right in front of me. This letter is written by the hand of the person who donated their soul to you.”

“Are you sure?” He could barely believe it. The envelope she handed him felt like the most precious thing he’d ever received. In a way, it was.

Justin Newland was born in Essex, England, three days before the end of 1953.

His love of literature began soon after, with swashbuckling sea stories, pirates and tales of adventure. Undeterred by the award of a Doctorate in Mathematics from Imperial College, London, he worked in I.T. and later ran a hotel. His taste in literature is eclectic: from literary fiction and fantasy, to science fiction, with a special mention for the magical realists and the existentialists.

Along the way, he was wooed by the muses of history, both ancient and modern, and then got happily lost in the labyrinths of mythology, religion and philosophy.

In 2006, he found his way to the creative keyboard and conceived his debut novel, The Genes of Isis (Matador, 2018), an epic fantasy set under Ancient Egyptian skies.

His second novel, The Old Dragon’s Head (Matador, 2018), is a tale of supernatural intrigue played out in the shadows of the Great Wall of China.

He is currently working on a third novel, this one set in King Frederick the Great’s East Prussia during the Enlightenment of the 1760’s. It speculates on an alternative genesis
of the Industrial Revolution.

His stories explore the zeitgeist of our times, the underlying narrative to every culture and every nation.

He lives with his partner in plain sight of the Mendip Hills in Somerset, England.