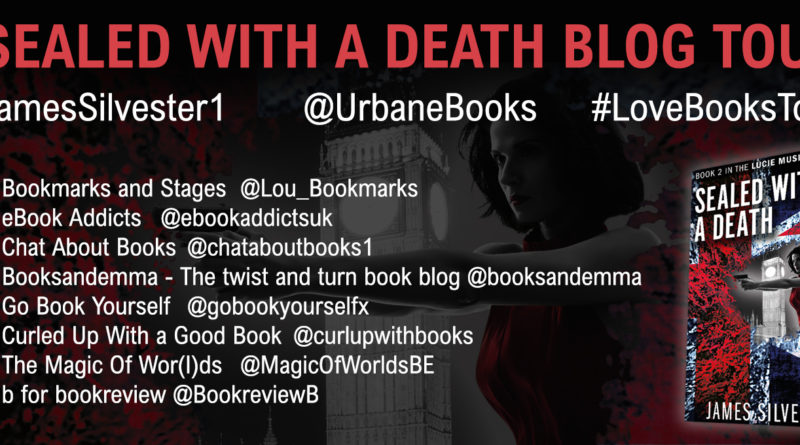 #BlogTour Sealed With A Death @JamesSilvester1 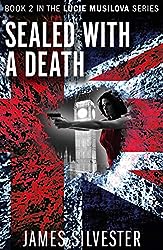 Sealed With A Death
by James Silvester
Genre: Thriller

Still new to the top secret Overlappers intelligence team, and on her first `hit’ alone, Lucie Musilova has an attack of conscience and nearly botches the operation, taking a bullet wound before finishing off her target. Though her injuries are minor, she is chastised for her carelessness and assigned desk duties. Here she investigates a number of disappearances of European women from Britain – the women all missing without trace until the body of one is discovered, raped and murdered. Lucie learns that tens of women have disappeared, all with little investigation. As she digs deeper she begins to uncover a terrifying international conspiracy that potentially threatens not just her life, but to topple Governments….

It was a squalid place for a murder. The forest, cold, damp and its air permeated with an almost supernatural sense of unease, stood across from the remnants of what had once been contemptuously dubbed ‘the Calais jungle’; ostensibly a migrant camp for refugees but in too frequent reality a shoe box into which civilised society could funnel the desperate and the hopeless while patting itself on the back for its compassion. The camp had long since closed, but the stench of fear and despair it had birthed remained, clinging to and perfuming the trees, through whose branches Lucie Musilova now watched and waited, hoping against hope that she would be spared for once of the task of killing. The camp’s legacy was one of cruel abandonment, with pockets of the dispossessed and the neglected, many of them children with nowhere else to go, now calling these very trees home. It was these children whom she had come to protect.

James Silvester’s debut novel and sequel, Escape to Perdition and The Prague Ultimatum, reflected his love both of central Europe and the espionage genre and was met with widespread acclaim. His new series features strong female protagonist Lucie Musilova, a character fully reflective of Europe’s changing cultural and political landscape. James lives in Manchester.