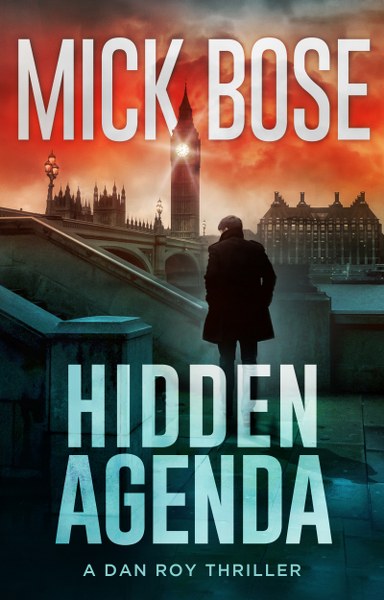 A terrifying global conspiracy is unfolding against America.
In Afghanistan and London, Dan Roy, a black ops soldier stumbles across the plot.
People around him begin to die mysteriously, and soon Dan and those close to him are chased by a force far greater than himself.
In a race against time to save the world from destruction, Dan Roy finds himself up against the most vicious terrorist imaginable.
But failure is not an option…
BONUS MATERIAL – NOVELLA INCLUDED!
Goodreads * Amazon 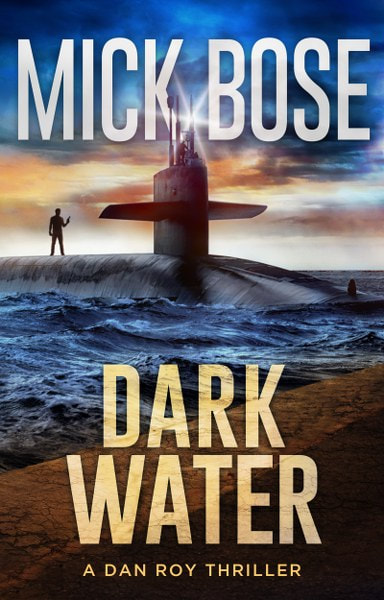 Dan Roy is back. So is a bullet with his name on it.
Dan intends to settle his affairs, then roam the world. But when an innocent woman is abducted in broad daylight, Dan responds to her call for help. His actions lead him into the dangerous vortex of a global plot to cripple America, maybe for good.
Deep under the blue waters of the Eastern Seaboard hides a deadly secret, and the enemy plan to use it to unleash mayhem. Only Dan Roy, ex Black Ops warrior, stands in their way.
Each book in the series can be read as a standalone
Goodreads * Amazon 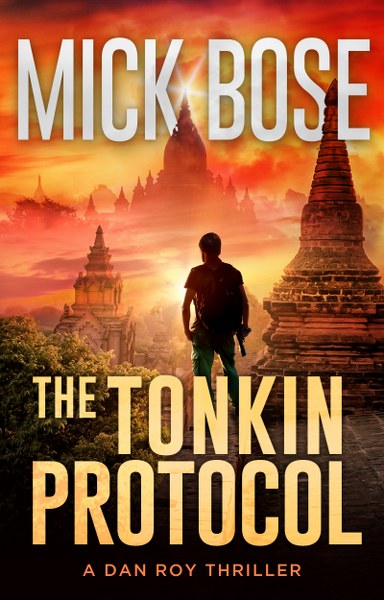 In the steamy tropical jungles of Myanmar, Dan Roy will meet his match…
Dan has joined the backpacker trail in far South East Asia. He wants nothing but peace, and to relax.
But trouble finds him soon enough. Kimberly Smith is a CIA agent. She is flown into Myanmar, to help locate another CIA agent, missing in action.
When Dan saves Kim from an ambush, their fates become entwined. Ignoring the instant spark between them, Dan leaves her alone. But when Kim is attacked and abducted before his eyes, he defends her with all his might. They escape, but they are now pawns in a CIA operation that could bring the world’s two superpowers to a global conflict.
The stakes rise, and Kim and Dan run from one exotic location to another, chased by powerful forces bent on their destruction. Finally, they are forcibly separated, and Dan is left to die in the dense, remote jungles…
A terrifying secret is revealed inside the beautiful, but rarely visited country of Myanmar. Its long border with China has always been under America’s watchful eyes. A covert operation, reaching up to the highest levels of power inside the CIA and Washington, is now in danger of being exposed. Dan Roy must lift himself up from his green grave, and fight back in the only way he can. To save the world, and to get Kim back.
She means more to him than his battle hardened heart can understand.
Once again, failure is not an option.
From Singapore to Langley, and Washington to Yangon, come ride with Dan Roy on an adrenaline drenched, high octane, exotic adventure that will you leave you breathless and wanting more.
Goodreads * Amazon 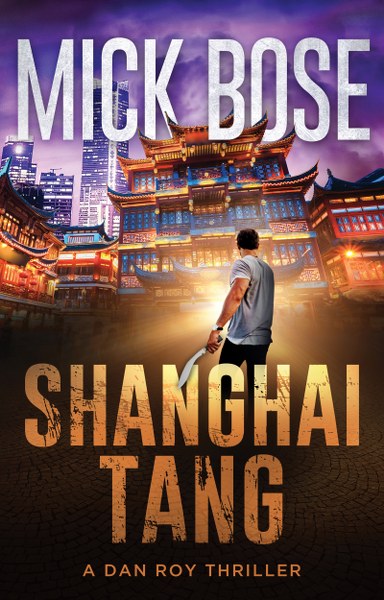 Shanghai Tang – a fast paced and heart pounding action thriller from the wildly popular Dan Roy Series.
A betrayed assassin is thrust into the secret life of Shanghai’s underworld.
Dan Roy, ex Black Ops legend, is becoming a new legend in the infamous blood fight tournament called Kumite, in Hong Kong. He is carving himself a new life, when disaster strikes his loved ones back home. He gets a phone call, and he cannot deny Kimberly Smith’s plea for help. Not only is Kim’s life endangered, the rumbles of discontent have reached the White House…
A devastating secret lurks inside the glamorous night life of Shanghai. Political interests are involved, and soon Dan finds himself in a ruthless and twisted struggle for survival. He gets help from Xiao Wei-Ling, A Chinese woman who is on the run herself. An ambitious Triad boss is making a bid to over rule the whole of Shanghai, and Dan Roy has become a thorn in his side. The Triads have help from the police, and all eyes are on Dan – alone in a foreign land.
Get prepared for a white knuckle ride from Hong Kong and Shanghai to the corridors of power in Washington, as we follow Dan on a terrifying adventure that could be his last.
Will Dan meet his nemesis in the murky underworld of Shanghai? Or will he fight to live another day?
Goodreads * Amazon 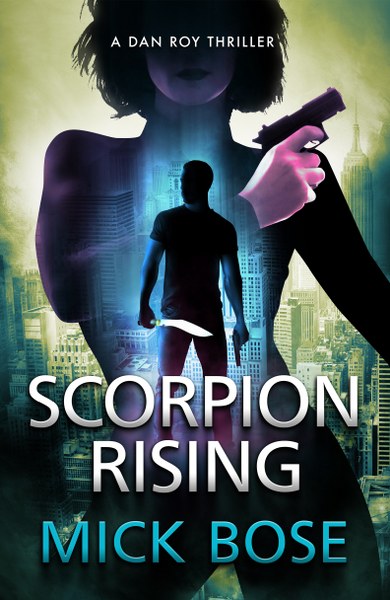 Hell hath no fury like an assassin scorned.
Her name is spoken in whispers. She kills in silence, with the sting of a needle. Her name? Scorpion.
But she was betrayed, and left for dead.
Now she wants revenge. And no one is going to stand in her way. Apart from one man. Dan Roy, a betrayed assassin himself. The only man who once caught a glimpse of her face. A little knowledge is a dangerous thing, and Dan is about to find out why.
Two ruthless killers hunt for each other, and sparks fly when they meet, but the truth evades their grasp. A political nightmare revolves around an influential US Congressman, and the stakes are higher than ever before.
You will keep turning the pages of this spellbinding thriller, a heart pounding journey that takes you from secret jails in Russia, to the blue waters of the Bosporus, and deep inside the power corridors of Capitol Hill.
Get it now.
Just don’t start it late at night.
Goodreads * Amazon 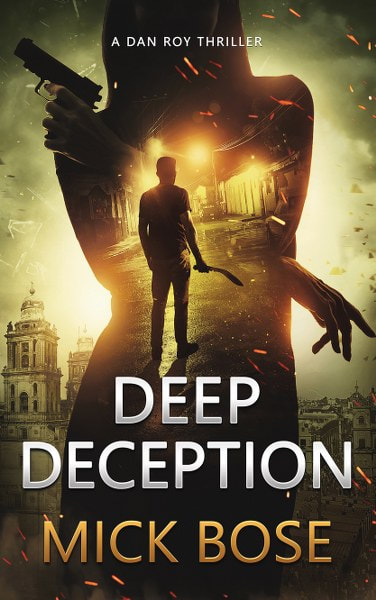 A SPINE CHILLING AND ACTION PACKED THRILLER FROM THE WILDLY POPULAR DAN ROY SERIES.
BOUND BY BLOOD, DIVIDED BY FATE…
When a face from the past rises up like a ghost, will Dan Roy be able to confront it?
The face belongs to a vicious assassin, who is on the warpath. Mexico has its national elections, but a US friendly politician is butchered in broad daylight. The result is chaos, and soon the spiral of violence worsens. The CIA is involved, but its Director, Sidney Dvorak, is pursued by demons of his own, demons which could destroy national security if he is not careful.
A devastating plot is hatched in the golden rooms of the Kremlin, and the conspiracy stretches across the world, from Moscow, to Washington DC, and the swampy tropical jungles of Veracruz. Dan Roy is imprisoned in a jail from hell in Mexico, and somehow, he has to break free to bring justice. Secrets are teeming in this thriller, bullets fly fast, and hearts are broken. A tragedy, a family, and one man’s desperate choice between love and nation is pitted in this breathtaking tale.
This has everything you love in a Dan Roy thriller, and more.
Once you start, you won’t stop.
Guaranteed.
Goodreads * Amazon 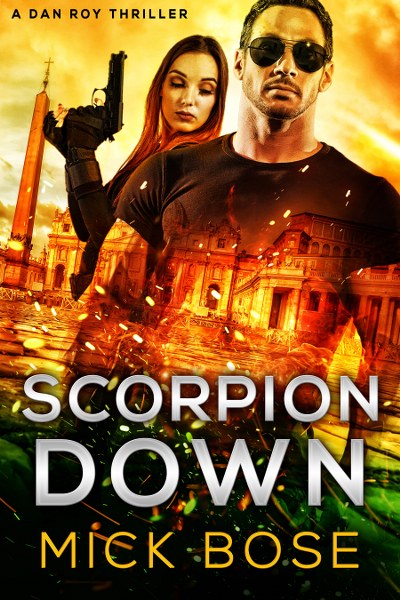 They tortured her. Left her for her dead. That was their first mistake.
But they didn’t know what she was fighting for. That was their second mistake.
The Scorpion doesn’t give a third chance.
Revenge runs in her blood like fire. There will be no reprieve.
A brutal conspiracy looms, stretching from the Middle East, Russia, to the heart of the American intelligence. The enemy is well prepared to strike a blow from which the world will not recover. Dan Roy stands in their way, and he has to fight against the one woman whose kills are legendary. A woman he once loved. Can he kill her? It is the only way Dan Roy will survive the greatest battle of his life.
Three lives collide in this gripping white knuckle ride, and the future of the Vatican hangs in the balance.
Nothing will ever be the same again.
Goodreads * Amazon 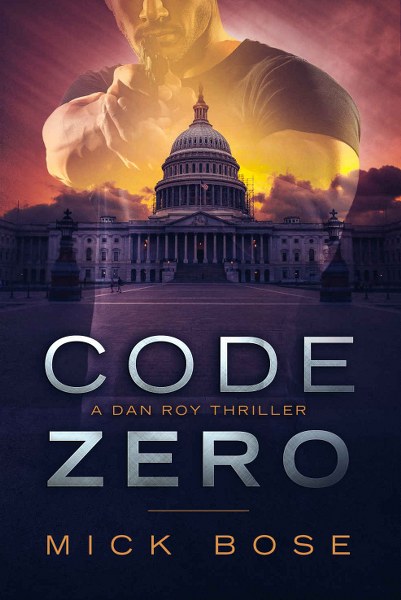 This code will reduce the world to ground zero…
Only four people know the code.
Two are terrorists. One is a dead spy.
The fourth one is Dan Roy.
When a brazen murder takes place in broad daylight in Washington DC, a national manhunt begins to find the killer.
But this is no ordinary killer. He hides in plain view. His tentacles are everywhere, reaching deep inside the White House, the CIA and the FBI. He is a traitor who plans to start a new cold war. A secret hatched by the KGB will bring America to its knees. They have teamed up with terrorists in the Middle East and all of them are inside the USA, in a position to strike at the heart of power.
Only one man can stop them. Dan Roy discovers their secret, and together with FBI Special Agent Trisha Dunne, he must drag the world back from the brink of extinction.
Will he succeed?
From Moscow to Saudi Arabia, and London to Washington, a thrilling showdown looms between Dan Roy and his enemies.
Goodreads * Amazon 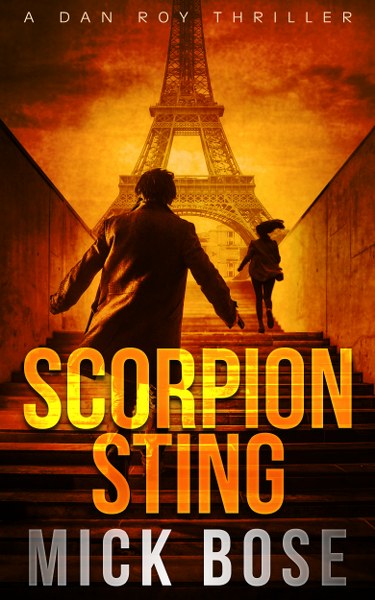 THE FIRST LADY IS MISSING, BUT NO ONE HAS NOTICED.
THE WHITE HOUSE HAS A SECRET THAT ONLY DAN ROY KNOWS.
SO DOES A FOREIGN POWER, AND THEY WILL USE IT TO BRING AMERICA TO ITS KNEES.
A fearsome terrorist has his eyes set on the ultimate prize – The President and his Family. The occupants of the White House are in grave and mortal danger, but they don’t know. Those who know are not sharing it. They are the highest power brokers in USA, but they hold secrets that can reduce the country to ruin…
Dan Roy finds out, but not before his life is threatened. He flies to London to catch a killer, but his old flame, the Russian assassin Scorpion, calls for help. She is imprisoned in France.
The Scorpion is also in the jaws of this conspiracy. Together with Dan, she must escape, to save herself and her family.
They must beat an invisible enemy, intent on destroying the western world as we know it.
As the President and his wife arrive in Paris, the plot against them kicks into gear. The Secret Service have no idea what they are up against.
Can Dan and the Scorpion save the day?
From the secret halls of power in Moscow, to the deserts of Arabia, to deep inside the White House, come join Dan Roy and the Scorpion for an unforgettable high octane adventure.
Goodreads * Amazon

“Gritty and lightning paced. The Dan Roy Series kept me reading late into the night!”–
Blair Howard, Amazon Bestselling Author of the Harry Starke Series.
“There are very few authors for whom I will pause my current reading and take up their latest release. Mick Bose is one of them. Read him. You won’t regret it.” –
Ty Patterson, USA Today Bestselling Author.
“Mick Bose is the standard bearer of a new generation of thriller writers. Complex plot lines, detailed descriptions of foreign locations and an emotional core to an action
driven story.” – Hera B, Editor.
“Relentless action, great characters and suspense that cuts like a knife. Just a few pages shows why Mick Bose is an Amazon bestseller!” – Andrew Warren, Bestselling
Author of the Thomas Caine Series. 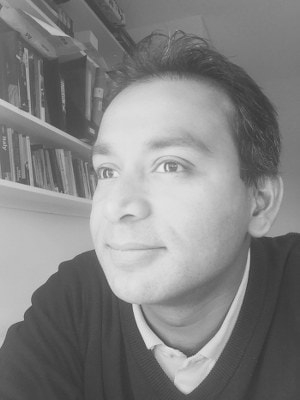 Mick Bose is the author of the Dan Roy action thriller series. If you like Reacher, Rapp and Baldacci you will love Mick’s books.
Mick has hiked in the Himalayas, farmed in a Kibbutz, floated in the Dead Sea, lived in Russia when Communism fell and was refused entry to a posh restaurant in Washington DC because he wasn’t wearing the right shoes.
Well, the food was overpriced. Mick’s books are not, and he writes them because he wants to entertain you.
Website * Facebook * Twitter * Instagram * Bookbub * Amazon * Goodreads