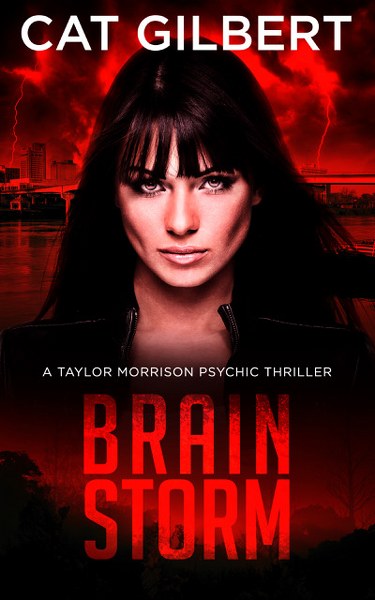 One Woman:
Taylor Morrison – a private investigator who is suddenly gifted with a psychic ability.
Three Men:
One who has secretly watched her for years – guarding over her as he waits for her gift to emerge.
One who offers her protection, safety and hope, but at a cost she is not prepared to pay.
One who will do anything to control her and the power she now possesses.
As Taylor’s once ordered world erupts into violence and chaos, she is forced to go on the run, fighting to protect the people she loves, even as she struggles to control the power she doesn’t understand…
Brain Storm is the first book in the Taylor Morrison psychic suspense thriller series. If you crave clean, fast-paced action — full of twists and turns, believable characters, and loads of suspense — then you’ll love this first installment of Cat Gilbert’s page-turning series.
**Get it FREE!! **
Goodreads * Amazon 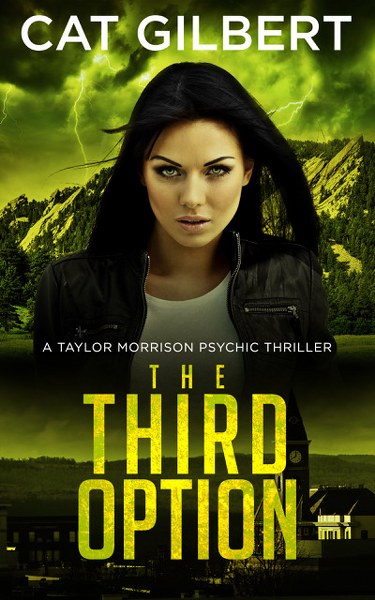 Desperate. Deadly. Dangerous.
Injured and hunted, Taylor is forced to form an uneasy alliance with KOR, a clandestine group of “patriots,” in the hope of protecting the people she cares about. She soon discovers all is not as it seems as she is thrown into a world of secrets, spies, and betrayal within the organization, even as Vice President Armstrong sets a trap for her, with bait he knows she cannot resist.
Not knowing whom to trust or how to evade Armstrong, she must push her telekinetic ability further than ever before, as she fights to survive the consequences of choosing…The Third Option
The Third Option is the second book in the Taylor Morrison psychic suspense thriller series. If you like fast paced action, unexpected twists and turns, believable characters, and loads of suspense then you’ll love Cat Gilbert’s thrilling paranormal series.
Goodreads * Amazon 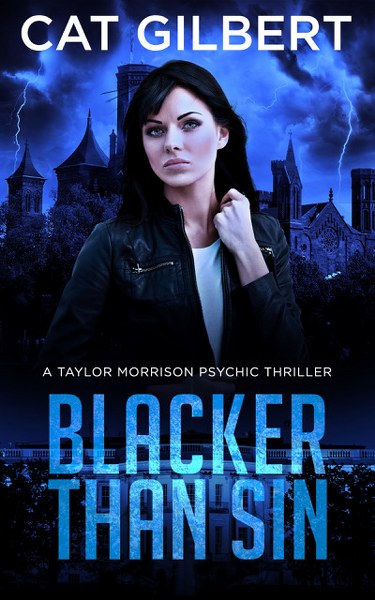 He’s taken the girl she’d sworn to protect.
She’s been gifted with an incredible power she didn’t want.
Until now…
Psychically gifted Taylor Morrison saves children. But she didn’t save this one. Unaware that Abby, a gifted twelve-year-old girl, was still alive, Taylor executed a daring rescue of the children that Vice-President Armstrong had taken, only to learn that she has left Abby behind and at the mercy of one of the most evil men she has ever known.
Jeremy, Armstrong’s right-hand man and Taylor’s mortal enemy, has Abby and is using her psychic ability to trap Taylor, a prize he’d give anything to collect. Even if it means killing Abby to do it.
Desperate and haunted by guilt, Taylor is forced to embrace her powers as she attempts to turn the tables on Jeremy and rescue Abby before it’s too late. Will Taylor succeed in keeping one step ahead of him in this deadly game of cat and mouse?
The hunter becomes the hunted in the action-packed thriller Blacker Than Sin, book 3 of the Taylor Morrison Series by Cat Gilbert.
Goodreads * Amazon 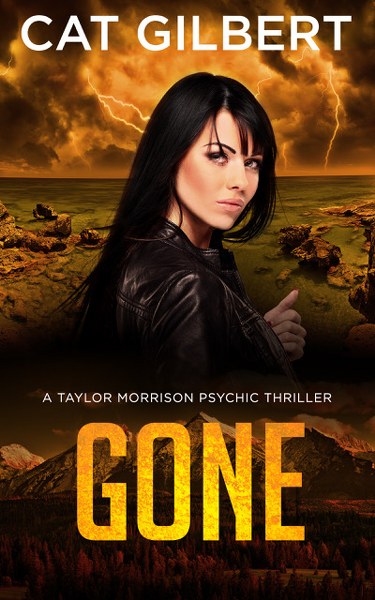 She thought it was over, but she was wrong. The nightmare had only just begun…
The unthinkable has happened. The very people Private Investigator Taylor Morrison has fought to protect are suddenly gone. Vanished, without a trace.
Refusing to believe that her friends are lost forever, Taylor launches a desperate mission to find them, discovering that not only has she been betrayed by one of her own, but that an enemy she thought vanquished is searching for them too.
Caught in a web of lies, deception, and danger, Taylor must draw on all her psychic abilities, resources, and cunning as she races to find them before it’s too late…
Get your copy today and join the adventure in Gone, book 4 of the gripping Taylor Morrison Psychic Thriller Series.
Goodreads * Amazon 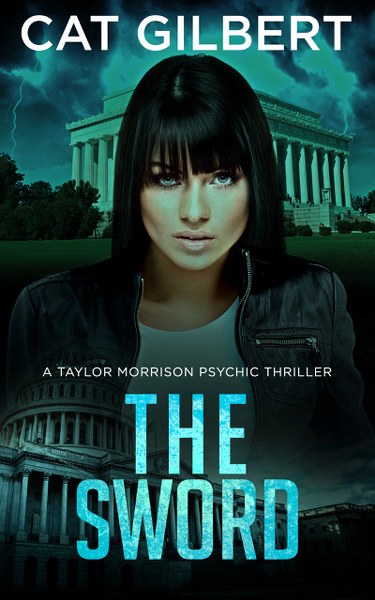 She’s embraced her power. Accepted her destiny. Now, she’s a force to be reckoned with.
PI Taylor Morrison has been gifted with an incredible power. Known on the streets and in back alleys as The Sword of Justice, she wields her unique ability to help others — protecting the innocent and defending the weak. But that is all about to come to an end.
Taylor’s base of operations has been discovered by Jeremy — the man who has been seeking to destroy her and all those she cares about.
In a desperate attempt to end the war between them once and for all, Taylor takes the battle to D.C., praying she can stop him before he succeeds in his deadly vendetta…
Goodreads * Amazon 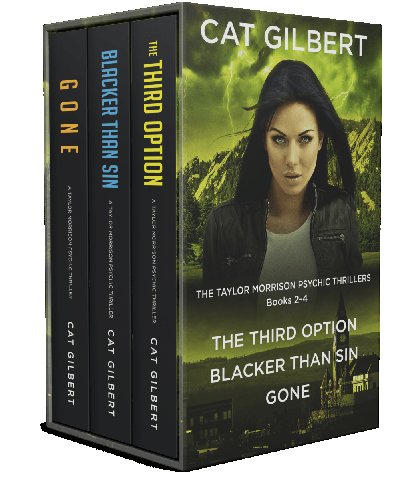 **Get the box set of books 2-4 for a discounted bundle price! **
The Taylor Morrison Psychic Thriller Box Set
Books 2-4
Buy on Amazon 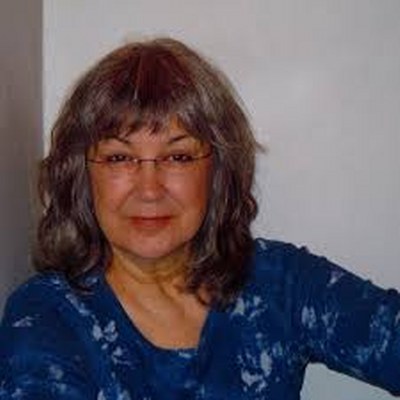 I’m Cat Gilbert, and I write the Taylor Morrison Psychic Thrillers and the Molly McMurray Mysteries. In both series I try to give you, the reader, that experience. Characters you can connect with, a gripping plot chock full of action, danger, and enough twists and turns that even I have a hard time keeping up.
The The Taylor Morrison series centers around Taylor Morrison, a private investigator whose life is turned upside down when she suddenly develops psychic abilities. We’re not talking X-Men, comic book, mutant type stuff here. Instead, this is the kind of thing you’ve always wondered about. Or at least I have. The idea that maybe we aren’t utilizing our brains to their fullest. That maybe if we tried hard enough, we could do stuff and if we could, what sort of ramifications that would have.
The Molly McMurray Mysteries is a new series. The main character is, of course, Molly McMurray. There’s a psychic ‘twist’ to this series as well, and his name is Kaegan. Who he is, and the role he plays, I’ll leave to you to discover.
Having moved over 32 times, Cat Gilbert now makes her home in Arkansas with her husband and their dog, Clancy. When she’s not writing, she spends her time trying to figure out a way to keep the deer from eating her blackberries and fig trees, experimenting with new Paleo recipes, and attempting to convince Clancy that playtime has to wait until she finishes the chapter.
Website * MeWe * Bookbub * Amazon * Goodreads

#BookTour & #Giveaway A GLIMPSE OF MUSIC, A TASTE OF SHADOWS, A BREATHE OF SUNLIGHT