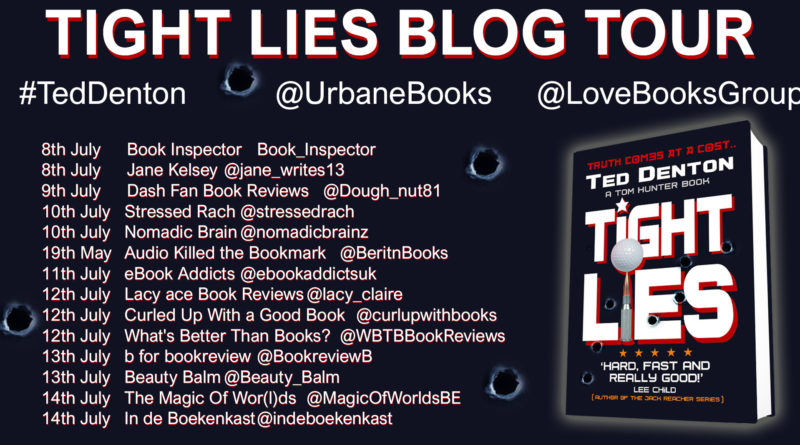 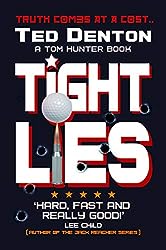 A young Daniel Ratchet arrives in Spain to begin his dream job as a golf agent on the European Tour. In London, the Russian Rublex Corporation, with its history mired in ‘Vory’ mafia criminality, is working on a huge gas deal off the Falkland Islands with the British government. Veteran civil servant Derek Hemmings is tasked to rubber-stamp the deal for the Foreign Office.

But things are not what they seem … With the help of Wallace, a cantankerous old golf coach, Daniel discovers match fixing, fraud and corruption on the Tour, all at the seeming behest of Rublex. A thorn in the Russians’ side, Daniel is kidnapped before he can expose the truth. Wallace, needing help, contacts an old army buddy who deploys violent loose cannon Tom Hunter on a mission to save him.

A tense race against time ensues, both to rescue Daniel from the clutches of the Vory and for Hemmings in Whitehall to prove that the deadly deal is corrupt. The stakes are high. As the body count mounts will the volatile Hunter reveal the truth or will he be too late?

Dead or alive, the truth always comes at a cost.

I refuelled and grabbed a few hours of well-earned sleep on the fourteen-hour flight to Spain from LAX. Ella had been highly efficient in changing my schedule without undue delay. The muscles in my shoulders and arms ached from a few nights of sleeping rough. I’d crashed in the back of the old jalopy as I had staked out the movements of the Target and her captor prior to the take down in the bar.

The luxury aeroplane seat slid back and reclined. Ella always booked business class for overnight flights. In the scheme of things it was probably when I managed to rest the most. I slipped the sleeping mask down over my eyes. Not only was I dressed differently to the other passengers in this section of the cabin but after my exertions of the previous few hours I was also aware that I stank. I could already hear the disaffected murmurings around me as I started to drift away. Memories of how far I had come to be sitting here now, travelling the world, amongst these well-to-do folks danced into my dreamlike thoughts.

I’d enlisted in the mob at sixteen and despite being, to quote my Sergeant Major, ‘an angry, feral, under educated toe-rag’, managed to work my way up quickly inside two years. There, I tasted motivation I hadn’t dreamed existed following an unceremonious expulsion from the school I’d barely attended in the preceding few years. School was a waste of time for a kid like me. Authority was a line to be crossed. The way I saw it, I wasn’t interested in learning and the teaching staff were simply too jaded or too exhausted to make me. Mine was once described by an army psychologist, intent on ticking a box on a neatly compiled form, as an ‘unsettled childhood’. I got caught up in some bad situations. Some I got away with. Some, much to the chagrin and futile disdain of my caseworker and the police, I did not. Trouble always had a knack of being able to find me and I bowled through my teenage years with a cavalier confidence born of early physical development allied to raw natural strength. It led to a lot of confrontation and more than my fair share of notorious and bloody fights with the older gangs which haunted our neighbourhood. When the time came for me to get out, the army had been recommended as the only viable chance I stood to start afresh. To see a bit of the world. The truth is, back then, I had no idea that the one thing in life I would display any given talent at was also the one thing I would end up battling a compelling and seductive compulsion towards: killing people.

That was how it began. I was too young and arrogant when I signed up as a private in the Royal Fusiliers infantry regiment. I was treated like shit. Beasted regularly to break my spirit. One cold grey afternoon, spitting with icy rain on Exmoor, it had got too much. I’d flipped out. Broken the jaw of the cruel, supercilious, privately educated, didn’t-know-his-fucking-arse-from-his-elbow senior officer in charge. It had felt good at the time. The two weeks in solitary, not so much. In the aftermath of the enquiry, I was offered a deal. Face a dishonourable discharge or be assigned to a new platoon in the regiment, run as a separate unit under its own auspices. The small group was put together under the supervision of the apparently soon-to-be retiring Major Charles Hand. A man who came to be known by those who served with him simply as ‘The Hand of God’. I was still only a boy.

We were trained like athletes and disciplined like prisoners. Put through hours of intense physical endurance and multiform combat training every day. Hand took us to the very edge of anatomical limitation. My mate Steve, a tough kid from a council estate in Bolton, also hand-picked to be in our elite team, was running next to me on an ultra-marathon across the moors one night when his ankle just snapped. Nothing touched him. He didn’t trip. The bone had simply been put under so much pressure that it had nothing left. Steve was stretchered away and we never heard of him again. He was presumably kicked out of the mob on the basis of previous misdemeanours. I don’t get the psychology behind it but somehow I responded to Hand. I thrived in that challenging environment.

Over time, I grew up. Learned respect and I learned discipline. I learned how to fight. And I learned that killing came naturally to me. Unnervingly so.

Author Ted Denton was offered a bursary at an early age to serve as a commissioned officer within the British armed forces. Fascinated with both geo-political relations and bipartisan negotiation, Ted has engaged with international governments, political faculties and Non-Governmental-Organisations (NGOs).

Ted has forged an exciting career through his founding of a private international consultancy. He undertakes extensive global travel and exploration. Ted is passionate about writing, boxing and adventuring