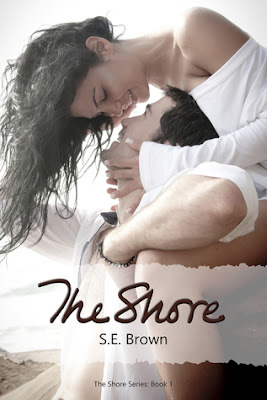 Ryan is a sweet, independent woman who has been betrayed more times than any woman should. All she wants is a week of rest, relaxation and beach time at the shore…but life isn’t ever that easy, is it? A desire to stick her toes in the ocean leads her to a sandy situation she’ll need some help getting out of, and little does she know that sand will change her life forever.

Cody is a down-to-earth, all-around good guy who, for good reason, has been out of the dating scene for quite a while. While stopping to help a stranded woman on the side of the road, he starts feeling things his broken heart hasn’t felt in years. Will his chivalry lead him to the healing touch he so badly needs?

Their story is a roller coaster of emotion with broken hearts, lost loves, and friends long forgotten. In the end, will Ryan finally let go of her past and trust again? Will Cody open his injured heart once more to love?

“You’re awfully quiet,” Cody said, squeezing Ryan’s hand and breaking her train of thought.
“You, too,” she answered.
Cody stopped and turned to face Ryan. He sank slightly in the sand as the waves brushed over his feet.
“I’ve been thinking about today. How much fun we had. How everyone seems to really like you.” He stopped for a moment, his eyes moving to her lips. “How I’ve wanted to kiss you. All. Damn. Day.”
Ryan felt the heat in her cheeks and her heart began to race. “Oh yeh?”
“Yeh,” Cody said quietly, slowly raising his hand and caressing his thumb over her cheek, each stroke getting closer and closer to her lips. He slowly ran his tongue over his bottom lip.
Ryan loved the color of his eyes, and the way they were looking at her, it was like he would do anything to kiss her.
“Whatcha waiting for?”
Cody grinned just the slightest bit as he raised his other hand, placing it on her other cheek and brushed his lips lightly against hers. When he pulled back and looked at Ryan, she was smiling, but he saw a want in her eyes, too. He slowly lowered his mouth to hers again and started with a light kiss that quickly deepened.
Ryan lifted her arms and circled them around Cody’s neck.
“God, he tastes wonderful, like chocolate and marshmallows,” she thought.
His tongue started to tease her bottom lip and she opened her mouth to him. Gently, their tongues played. Cody ran a hand down her back to her waist and pulled her closer. He wanted to feel her body against his. Her lips were so soft and the way she felt… His cock began to stir and he knew he needed to stop.
Cody began to pull back, adding a couple of soft pecks on Ryan’s lips as he ended the kiss. He looked into her eyes.
“Hi,” he said quietly. 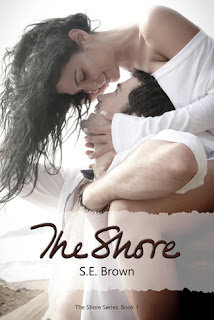 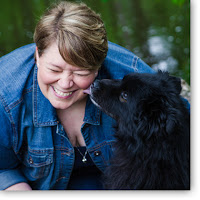 S.E. Brown is a left-handed, dog-loving, Apple-touting girl that believes in true love. Raised in Northwest Wisconsin, the land of beer and brats and cheese, she’s lived in Metro Detroit for nearly 20 years and has her own furry baby, Siany.

One thought on “[Book Blitz] THE SHORE by S.E. BROWN”