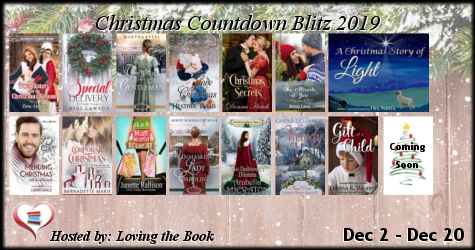 My name is Robyn Echols. Zina Abbott is the pen name I use for my American historical romance novels. I’m a member of Women Writing the West, Western Writers of America, and American Night Writers Association. I currently live with my husband in California’s central valley near the “Gateway to Yosemite.”

I love to read, quilt, work with digital images on my photo editing program, and work on my own family history.

Annie Flanagan happily moves to Jubilee Springs to work as a maid for Delly Nighy, the daughter of her former New York City employer. For one thing, very few know that her next younger sister, Kate, has signed up with the Colorado Bridal Agency and started writing to an Irish miner, Michael O’Hare, in the same town. Both Annie and her mother back in New York grow concerned when the second man the bridal agency puts Kate in contact with is a miner in Central City. He’s not Irish—and he’s not Catholic. What is worse, she seems to prefer him over Michael. 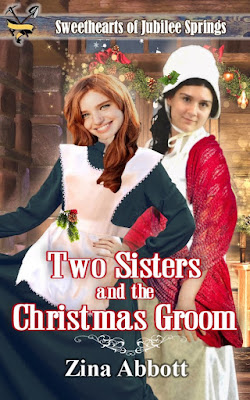 Kate Flanagan, working as a scullery maid to help support her family, desperately desires to escape the dead-end poverty allotted to Irish women living in the lower east side of Manhattan in New York. Anxious to find a husband out west, she signs up with the bridal agency suggested by her sister. After living with her alcoholic father, she is leery of choosing Irishman Michael O’Hare for a husband. As much as she wants to live near her sister, dare she take the chance Michael O’Hare will not turn out like her da?

Annie and Michael grow closer as they work together in order to persuade Kate to come to Jubilee Springs. She needs to come soon—before winter sets in and disrupts the railroad service that will bring her to the high mountain mining community. Kate agrees to travel to Jubilee Springs before Christmas, but several factors, including the train, threaten to derail this romance.

Snippet:
The night before Annie planned to depart, she managed to get Kate alone for a few minutes after her sister returned from her job as a scullery maid with the Van Cleet family. “You’re still writing to the miner in Jubilee Springs, Katie? You think you’re liking him well enough you can see being married to him—maybe falling in love with him?”
Katie shrugged. “I’m liking him, but we haven’t been writing long enough for me to be knowing if he’ll be my choice, now have I? I received another letter from a man in Central City, Colorado. It’s not far west of Denver, but I’m not knowing if it’s on the same train line that would be going to Jubilee Springs. I must be admitting, I’m having good thoughts about his letter. Either way, I’ll not be living so far from you as here in New York, now will I?”
Annie forced her expression not to reflect her concern that the bridal agency had sent her sister a letter from a prospective husband who did not live in Jubilee Springs. One of the things she had counted on when she agreed to move to Colorado to work for Delphinia was that her sister would soon join her. 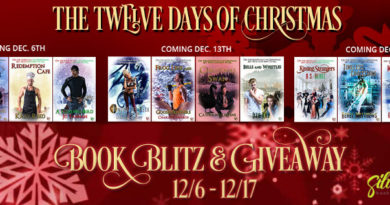 #12DaysOfChristmasBlitz THE CALL OF THE DRUMS by Lynn Michaels

#BlogTour NOW I SEE YOU by Shannon Work