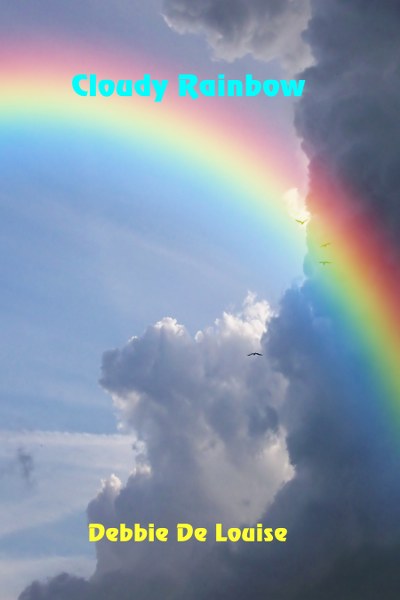 This revised edition celebrates the 10th anniversary of the author’s
first published novel.
When you lose a loved one, whether it’s a relative, friend, or precious pet, you
wonder where that special soul has gone and if you will ever see him
or her again. For Dulcie Mills, Long Island computer programmer, the
answer may lie between a virtual world and the real one, between the
past and the present, between dreams and reality.
Unable to get over her fiancee’s death and facing the impending loss of her
15-year-old cat, Dulcie escapes to a virtual world. When Dulcie’s
best friend accepts a job from a clairvoyant who offers predictions
regarding Dulcie’s dead fiancée and Dulcie becomes attracted to an
online stranger, history begins to repeat itself in ways that are
both promising and terrifying. What Dulcie discovers through a
virtual séance may mean the only chance she has left for love or
death itself.
Addressing topics of reincarnation and soul transfer in similar ways as Greg Iles’ Sleep
No More and Nora Roberts’ Midnight Bayou, Cloudy
Rainbow features an interesting mix of technology and the
paranormal and will also appeal to cat lovers.
Goodreads * Amazon 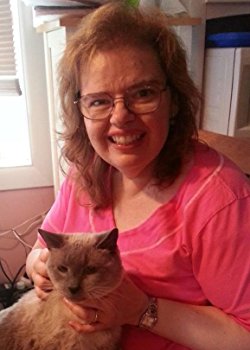 My name is Debbie De Louise. I am a reference librarian at a public
library on Long Island and the award-winning author of the Cobble
Cove mystery series. I have a B.A. in English and an MLS in Library
Science.
My first novel, a paranormal romance, “Cloudy
Rainbow” (Booklocker 2008) received an honorable mention in the
Writer’s Digest self-published awards. I wrote that book after my
beloved cat, Floppy, died from diabetic and liver complications. The
book is dedicated to him, and he is featured as a character in it.
My second novel, the first book of the Cobble Cove Mystery
series, “A Stone’s Throw,” (November 2015) was published by
Limitless Publishing, LLC. It is the story of a widowed librarian who
visits her husband’s hometown and finds a new love with the town’s
newspaper publisher but also discovers some alarming truths about her
husband’s death and its connection to the publisher and his family.
Along with a variety of characters, there is also a cat and dog who
play minor but interesting roles in the novel. The second Cobble Cove
Mystery, “Between a Rock and a Hard Place” was released in
October 2016 by Solstice Publishing and a reprint of “A Stone’s
Throw” with an additional chapter was published in March, 2017.
The third book of the series, “Written in Stone,” was
released in April, 2017. I’ve also published a romantic comedy
novella, “When Jack Trumps Ace.”
I’m currently working on a standalone mystery, Reason to Die, and have several
other writing projects planned for 2018 including a new cozy mystery
series along with the fourth volume of the Cobble Cove mysteries.
I’m a member of International Thriller Writers,
Sisters-in-Crime, the Cat Writer’s Association, and Long Island
Authors Group and have published articles in Cats Magazine and Catnip
(Tufts University Veterinary Newsletter). I won the Glamour Puss
special award from Hartz Corporation for my Catster.com article,
“Brushing your cat for bonding, beauty, and better health,”
(June, 2016). My short mystery, “Stitches in Time” was
published in the Cat Crimes Through Time Anthology, (1999). I have
also published several other short stories of various genres in
Solstice anthologies. I live on Long Island with my husband,
daughter, and our cat, Stripey.
Website * Facebook * Twitter * Google+ * Bookbub * Amazon * Goodreads

One thought on “[Tour] Cloudy Rainbow by Debbie De Louise”