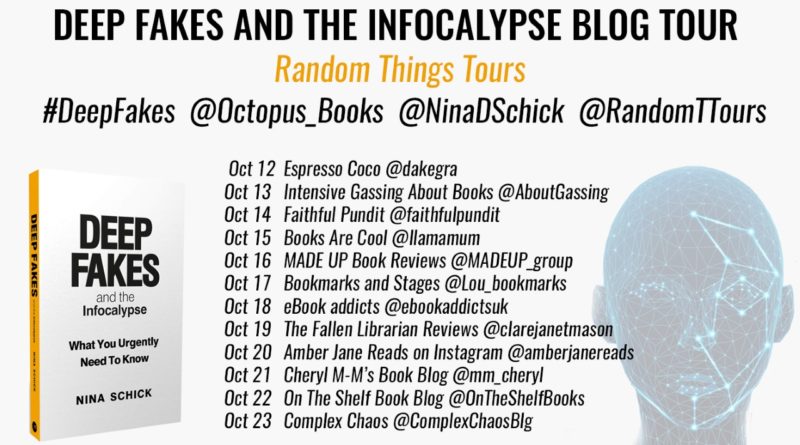 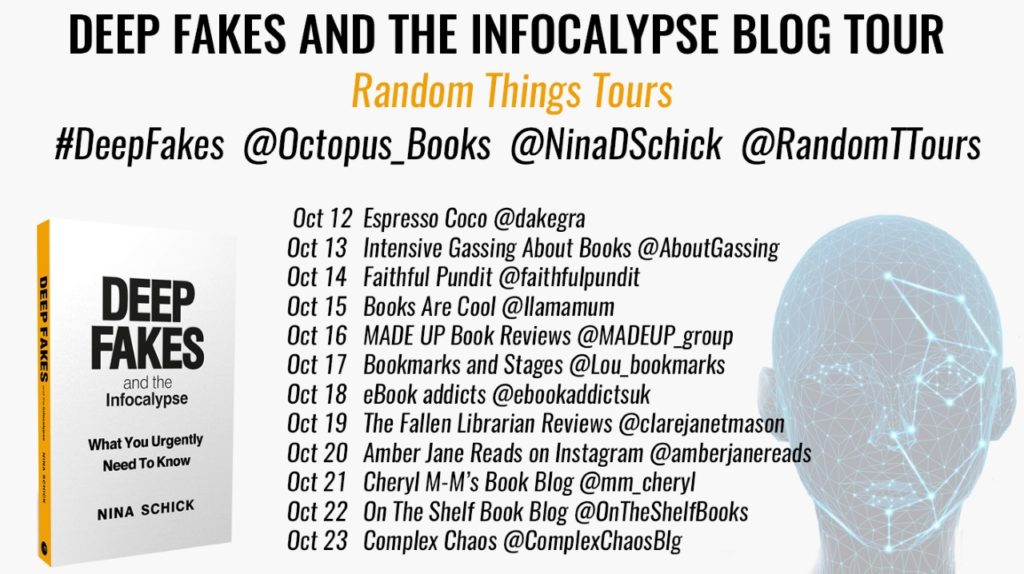 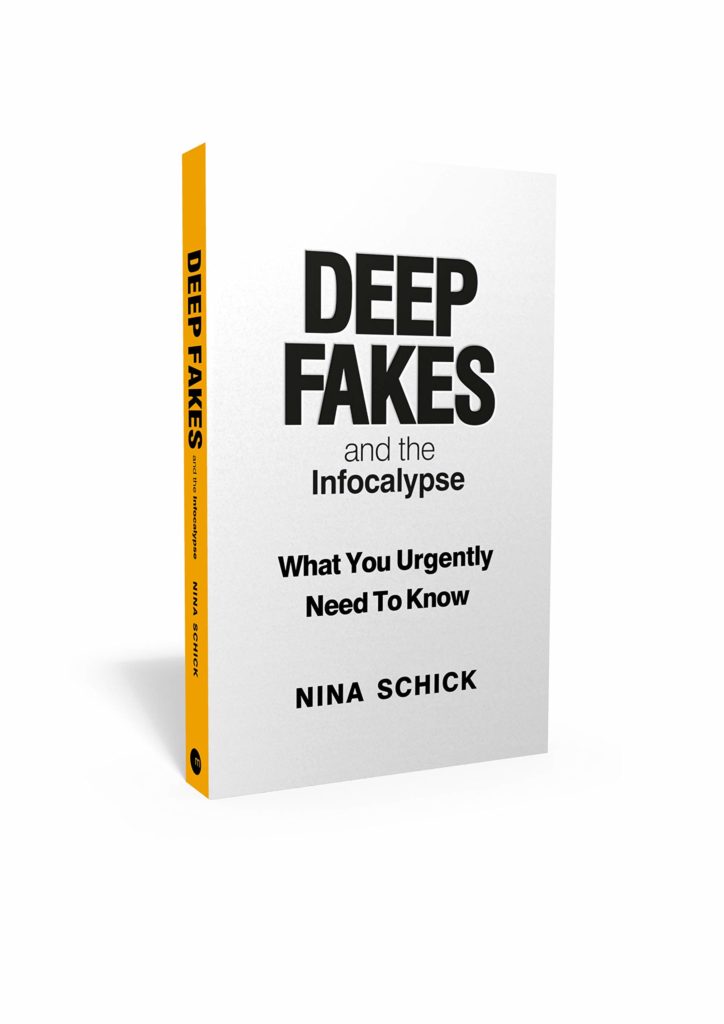 “In writing this book, it is my modest aim to help you understand how dangerous  and untrustworthy our information ecosystem has become, and how its harms  extend far beyond politics – even into our private and intimate life. It is my hope  that this understanding can help us come together to bolster our defences and  start fighting back. As a society, we need to be better at building resilience to the  Infocalypse. Understanding what is happening is the first step.”

In Deep Fakes and the Infocalypse, Nina Schick warns us urgently of the impending  information overload (known as the ‘Infocalypse’) and explains the dangerous political  consequences of this Infocalypse, both in terms of national security and what it means for  public trust in politics. Deep Fakes have been around for less than three years, to silence  and for revenge and fraud. Government, business and society are completely unprepared.

Schick also unveils what it means for us as individuals, how Deep Fakes will be used to  intimidate and to silence, for revenge and fraud, and how unprepared governments and  tech companies are.

The malicious use of Deep Fakes is not only a real threat for democracy but they take  the manipulation of voters to new levels. With the impending US election, and with vast  amounts of money being spent of social media, it is expected that Deep Fakes will become  a huge story later this year – – AI generated fake content is here for good, and we will have to  figure how to navigate a world where seeing is no longer believing.

There is a viral video of President Obama on YouTube, with almost 7.5 million views. The title lures you in: ‘You Won’t Believe What Obama Says In This Video!’ Obama looks straight into the camera. Seated in a deep mahogany chair, he appears to be in the Oval Office. He’s aged – you can tell from his salt-and-pepper hair. But he looks confident, relaxed. Over his right shoulder, you catch a glimpse of the American flag. As usual, Obama is dressed impeccably: a crisp white shirt and a blue tie. On his left lapel, he’s sporting a US-flag pin.

You click play. ‘We’re entering an era in which our enemies can make it look like anyone is saying anything in any point in time,’ Obama begins. ‘Even if they would never say those things. So, for instance …’ he continues, gesturing with his hands, ‘they could have me say things like President Trump is a total and complete dipshit!’ His eyes seem to glimmer with a hint of a smile. Obama continues, ‘Now,you see, I would never say these things, at least not in a public address.’

Obama never did say those things. The video was fake – a so-called ‘deepfake’, created with the help of Artificial Intelligence (AI).

As a political advisor to select technology firms, Schick is at the forefront of trends  emerging from the worlds of data science, machine learning and AI. In Deep Fakes and the  Infocalypse, Schick tells us what we need to do to prepare and protect ourselves.

“Too often we build the cool technology and ignore what bad guys can do with it  before we start playing catch-up. But when it comes to Deep Fakes, we urgently  need to be on the front foot.” 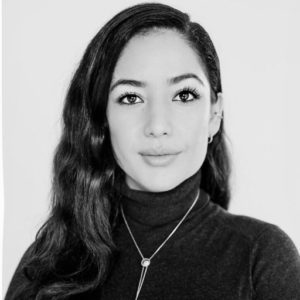 Nina Schick is a political commentator, advisor and public speaker, specialising in how  technology is reshaping politics in the 21st century. Most recently, her work has seen  her focusing on the evolution of disinformation, and the fallout generated by election  interference in the US (and around the world) since 2016.

Nina has advised global leaders including Joe Biden and Anders Fogh Rasmussen  (the former Secretary General of NATO), through her research on next-generation  disinformation and AI-generated deep fakes. She has also worked at the heart of historic  campaigns, including on the presidential campaign, the Brexit referendum and with  Emmanuel Macron.

Half German and half Nepalese, she speaks seven languages and holds degrees from  Cambridge University and University College London. She divides her time between  London, Berlin and Kathmandu. 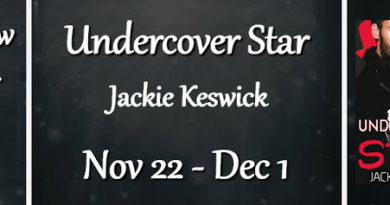 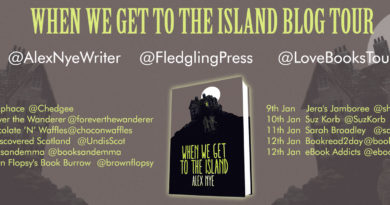 #Review When We Get To The Island by Alex Nye

One thought on “Deep Fakes and the Infocalypse by Nina Schick”