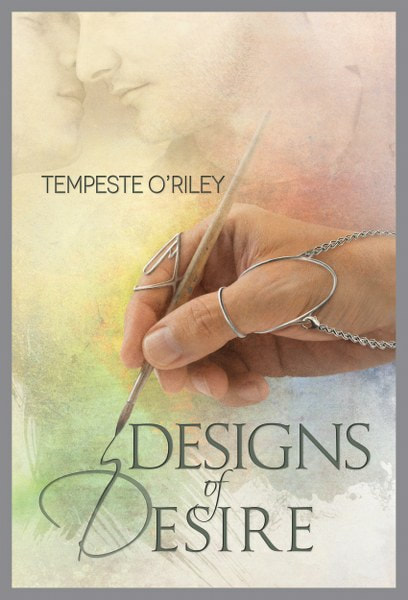 Artist James Bryant has forearm crutches in every color from rainbow for fun
to sleek black for business. He even has a pair with more paint
splatters than metal. After his family’s rejection and abuse from a
man he thought loved him, James only just gets through the day by
painting. He lives in constant fear that he’s not worthy of
anything, let alone love.
As CEO of his company, Carrington Enterprises, Seth Burns is a
take-charge kind of guy, and he is instantly smitten by the artist
helping with his newest project. When he witnesses James suffer a
panic attack, a protective instinct he never knew he had kicks in. He
truly believes nothing is unobtainable—including James—if he’s
willing to put in the time and effort.
James is shy and confused by Seth’s interest in him as a person. With
Seth’s support, can he work through his fears to finally find the
true love he deserves, or will someone finally land the crushing blow
he won’t survive?
Goodreads * Amazon 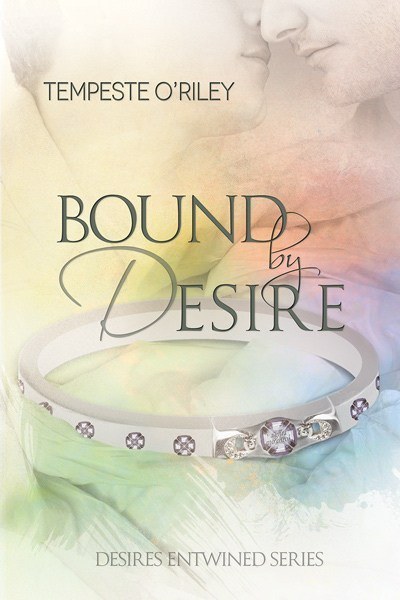 A Spin-off of Designs of Desire
Desires Entwined: Book 1.75
Despite his past abuse, James has come to terms with his relationship with
his Dom and lover Seth.Seth treats James with all the trust and love his sub desires. There is
only one thing left to do to make it all complete: Seth needs to put a collar on James.
**Get it FREE!!**
Goodreads * Amazon 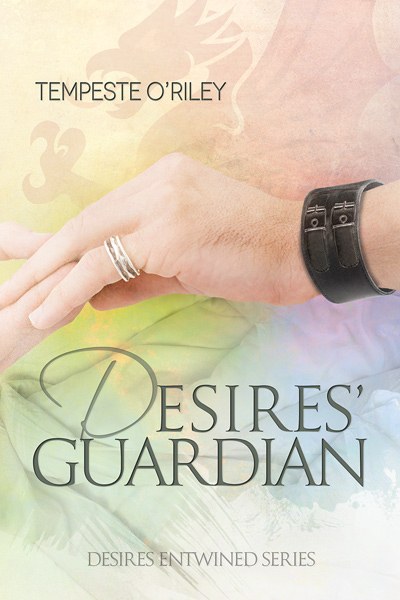 Most people see Chase Manning as the party-boy twink he seems on the
surface. Only James, Chase’s BFF, knows the depth of his loyalty and
the extent of the wounds Chase carries inside. When Chase meets Rhys
Sayer, things don’t go well, but he can’t shake his attraction to
the huge, sexy man.
Rhys is a man of contradictions and fear—a strange combination for a PI
and bodyguard. He’s in a bad place emotionally when he sets eyes on
Chase for the first time. When Chase puts the moves on him, Rhys
insults him, thwarting any possibility of a relationship. Rhys
doesn’t see himself as a complicated man, but he dreads the very
kind of connection he desires.
Just as they’re trying to overcome their uncertainties, Chase is put in
harm’s way. Luckily Rhys and their friends have all the right
talents to help Rhys save the man of his dreams.
Goodreads * Amazon 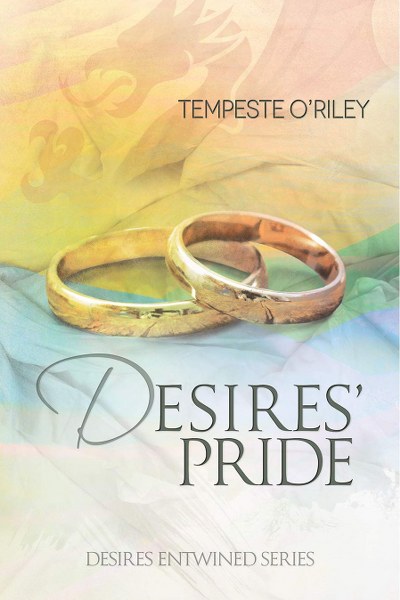 A Companion to Desires’ Guardian
When Chase Manning wakes up on the first morning of PrideFest, the last
thing he expects to find is his lover and life partner, Rhys Sayer,
on bended knee. But the news that marriage has been legalized in the
state is a game changer for both of them.
After a mad dash to the courts, all they want is to find their friends at
PrideFest to celebrate. However, what happens when they arrive will
bond them together forever—if their friends don’t have a
collective meltdown about their sudden disappearance first.
**Get it FREE!!**
Goodreads * Amazon 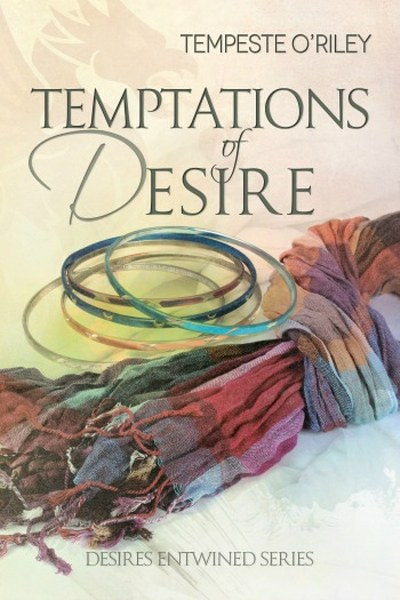 Alexander James Noble is a gender fluid gay man who gave up on finding Mister
Right a long time ago. He’s not asking for much, though. He just
wants a guy who loves all of him and appreciates his feminine form too.
At the local LGBTQ center where Alex regularly volunteers, he meets Dal
Sayer, an officer of the Milwaukee PD. Because he’s been rejected
one too many times, Alex doesn’t trust the huge cop and the
interest he shows in him, but once Dal sets his mind on something, he
goes all out. Pushing aside his preconceived notions, Alex opens up
just a little and soon caves.
From their first date—while dealing with his father’s failing health
and his parents’ demands for him to settle down and have
children—Dal never takes his eyes off his goal of making Alex his.
But proving to Alex he isn’t like all the men who couldn’t see
him for who he truly was and only wanted to hide him away is harder
than he thought.
Goodreads * Amazon 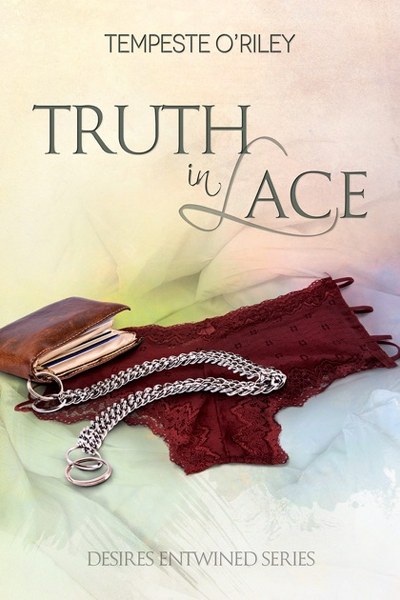 A spin-off of Temptations of Desire
Desires Entwined: Book 3.5
When Alexander James Noble looks in the mirror, he sees a freak looking
back at him. Despite his high grades and plans for culinary arts
school after graduation, his parents would hate him if they really knew him.
Forced on a shopping trip with his twin sister, Lyric, and her friends, Alex
eyes the girls jealously, longing to be able to dress like them—to
be them. The constant struggle of being “gender fluid,” wrestling
with an identity that seems to change daily, begins to wear on Alex.
But all those questions and fears seem more manageable when his
sister gives him his first skirt and lace panties
**Get it FREE!!**
Goodreads * Amazon 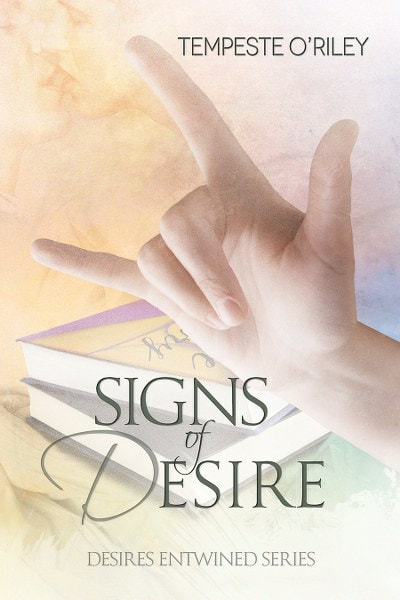 Simon Tyler knows his job as a gay romance author makes his lack of faith
in love more than a little ironic, but he’s tired of being used for
his wallet. When a night out turns into a matchmaking scheme
orchestrated by his best friends, Simon’s not thrilled, but since
he’s not the target and he’s sworn off happily-ever-after anyway,
he goes along with it… until he meets Adrian, the object of their
efforts, and finds perhaps he hasn’t given up on love after all.
Professor Adrian Keys has tried to date Hearing men before, but being Deaf
himself, he’s never had any success at making a connection. After
his friends con him into going out and Adrian realizes it’s all an
elaborate plan to set him up, he braces for yet another failure, only
to discover there is a spark—except it’s not with the man his
friends had in mind, but with Simon Tyler instead.
Not all their friends have found a way past their romantic failures, but
Simon and Adrian might be on the path to happily-ever-after.
Goodreads * Amazon

Tempeste O’Riley is an out and proud pansexual genderfluid whose best friend
growing up had the courage to do what they couldn’t—defy the hate
and come out. He has been their hero ever since.
Tempe is a hopeless romantic who loves strong relationships and
happily-ever-afters. Though new to writing M/M, they has done many
things in their life, yet writing has always drawn them back—no
matter what else life has thrown their way. They counts her friends,
family, and Muse as their greatest blessings in life. They live in
Wisconsin with their children, reading, writing, and enjoying life.
Tempe is also a proud PAN member of Romance Writers of America®, WisRWA,
and Rainbow Romance Writers.
Tempe’s preferred pronouns are they/them/their/theirs/themselves.
To learn more about Tempeste and their writing, visit http://tempesteoriley.com.
Website * Facebook * Twitter * Bookbub * Amazon * Goodreads 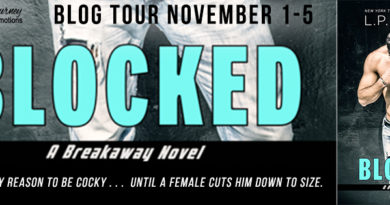