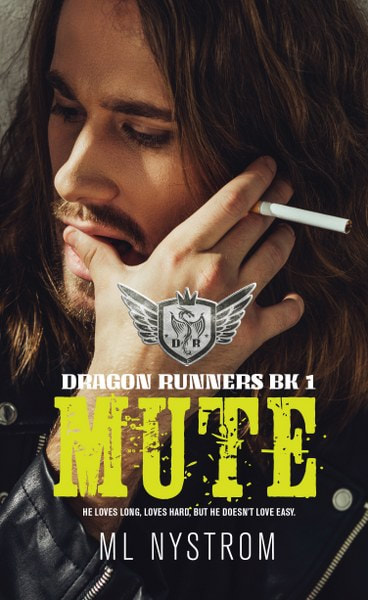 “HE LOVES LONG, LOVES HARD, BUT HE DON’T LOVE EASY.”
Katrina Vega is set on one thing: finishing college. She’s determined not to let anything or anyone distract her, especially not hot brooding bikers. On her mission to stay focused, she doesn’t expect to be pulled into the fold of a motorcycle club, let alone into the arms of Alec “Mute” Stillwater.
Unable to keep her guard up, Katrina soon discovers that beneath the hard and rough exterior of a family she’s grown to care for, there’s also loyalty and passion she’s envious of. But falling for the club’s enforcer will not only threaten her plans but quite possibly her life.
Goodreads * Amazon 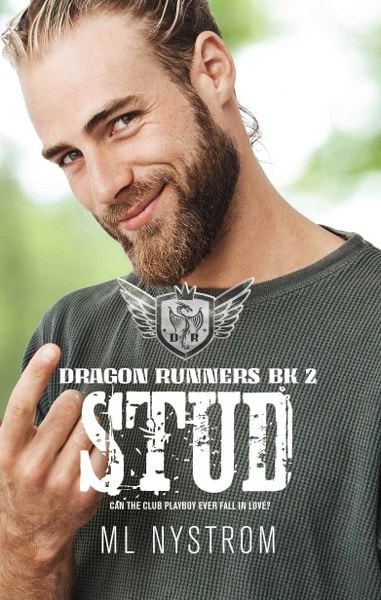 Can the club playboy ever fall in love?
Bold and brash, Eva MacAteer has spent her life working in her blue-collar family’s construction business. In doing so, she’s had to fight for her own place away from her overbearing father, as well as for her own identity as a woman. Struggling between her loyalty to her brothers and her desire to strike out to be her own person, Eva knows one thing for certain: getting involved with a womanizer, no matter how hot he may be, is not the path for her.
Stud is not one to be tied down to any woman. Fiercely loyal to the club and his single ways, the last thing he expects is to become fascinated by the fiery Eva. He sees his own life reflected in hers and is not quite sure how to handle the connection.
Can two mismatched people find enough common ground to overcome their fears and allow love to grow?
Goodreads * Amazon 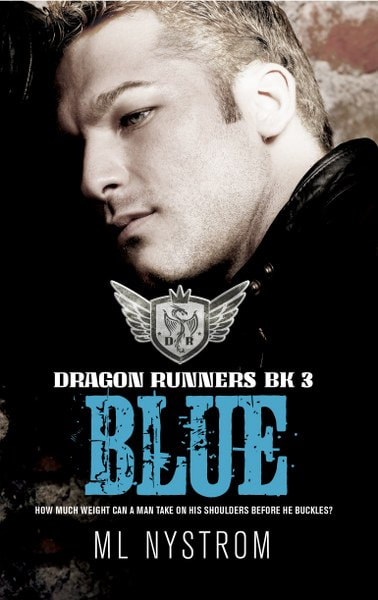 How much weight can a man take on his shoulders before he buckles?
Blue’s life is in shambles.
He has to fight off his MC brotherhood on a drug problem threatening his town, balance his time as a father while dealing with a vicious custody battle with his ex, and somehow manage the huge load of responsibilities of his job. All the while, he is fighting his attraction to the quiet shopkeeper who lives just across the street from him. The last thing he wants is to take her down with him.
Psalm’s life is uneventful.
Finally healed after the heartache of losing her husband, kind-souled Psalm throws herself into her store and rescuing dogs. Her crush on Blue can be traced back to high school so many years ago, and even after being widowed, she still carries a torch for him. From the sidelines, she aches for Blue and his children. With her caring nature, she reaches out to him, over and over again, even when he pushes her away. Is Psalm’s heart strong enough to take on this broken man and heal him?
Goodreads * Amazon 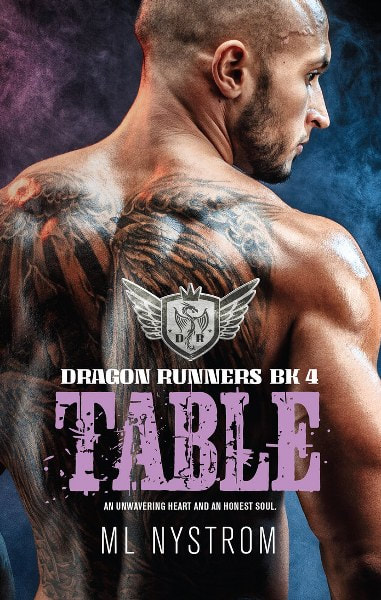 Intimidating and living by a strong code of ethics, Table’s integrity is unwavering, as is his ironclad will when it comes to safeguarding those he cares about. He’s the man to guard your back, shelter you in time of need, and be the shield.
Just don’t ever lie to him.
Table’s life is turned upside down when he unexpectedly discovers he’s a dad. Trying to navigate his life as a single father to a baby girl, he takes a break from his Dragon Runners MC brothers, moving to the family farm.
When Table meets nomadic Lori, who trades work on the farm for rent, he’s as intrigued as he is wary. She’s a woman who wears her attitude like armor. And despite her fierce independence, Table can see the fear dancing in the shadows of her eyes. It’s enough to make him look that little bit closer.
With the support of his MC brothers, Table not only is reminded that family is more than blood, but that some women are just worth fighting for.
Goodreads * Amazon 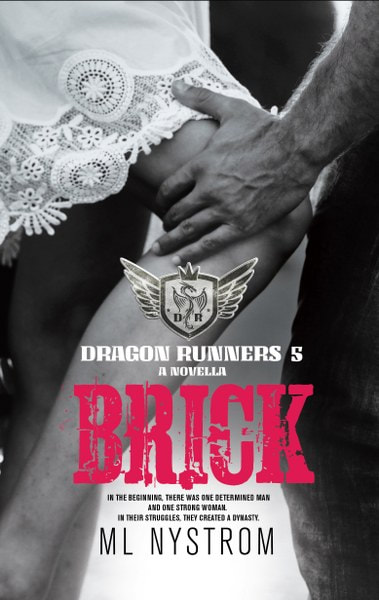 In the beginning, there was one determined man and one strong woman. In their struggles, they created a dynasty.
Brick had one mission since he was a boy: become a Dragon Runner. The motorcycle club meant everything to him. Blood and bone from his brothers paid the Dragon’s dues time and time again. And watching it split apart was more than he could handle.
Then he met Betsey.
An unwanted daughter born into abuse, Betsy lived her life beatdown under a rigid thumb, never allowed to be herself. Her one goal was to leave her abusive family and be free. She fought on the losing end of that fight.
Then she met Brick.
Goodreads * Amazon 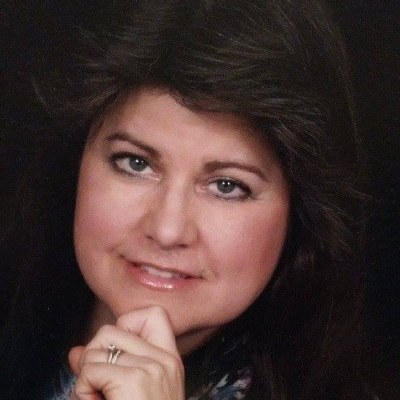 ML Nystrom had stories in her head since she was a child. All sorts of stories of fantasy, romance, mystery and anything else that captured her interest. A voracious reader, she’s spent many hours devouring books; therefore, she found it only fitting she should write a few herself!
ML has spent most of her life as a performing musician and band instrument repair technician, but that doesn’t mean she’s pigeon-holed into one mold. She’s been a university professor, belly dancer, craftsperson, soap maker, singer, rock band artist, jewelry maker, lifeguard, swim coach, and whatever else she felt like exploring. As one of her students said to her once, “Life’s too short to ignore the opportunities.” She has no intention of ever stopping… so welcome to her story world. She hopes you enjoy it!
Website * Facebook * Twitter * Bookbub * Amazon * Goodreads

$10 Amazon, Swag Pack (Catcus Earrings and Soap)
Follow the tour HERE for special content and a giveaway!
a Rafflecopter giveaway 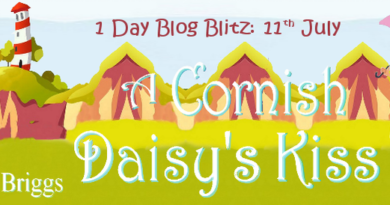