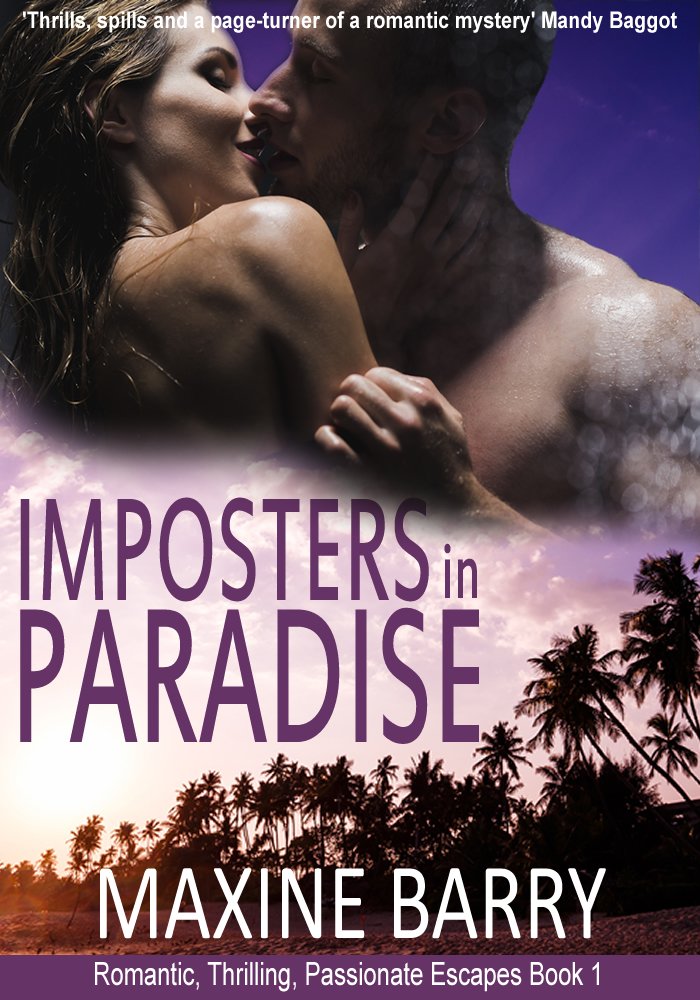 Imposters In Paradise
by Maxine Berry

When Imogen Dacres’ brother, Robbie, dies in mysterious circumstances, she travels to Bermuda in search of the truth. From the minute she sets out on her journey, Imogen is plunged into a web of secrets, lies and mistaken identity. She soon realises that beneath the glamour of Bermuda, there are unseen forces intent on doing her harm. When she meets Morgan Dax, her brother’s boss, and one of the richest men on the island, there is a powerful attraction between them. But did Dax have a hand in Robbie’s death, and can Imogen trust him with her own life? 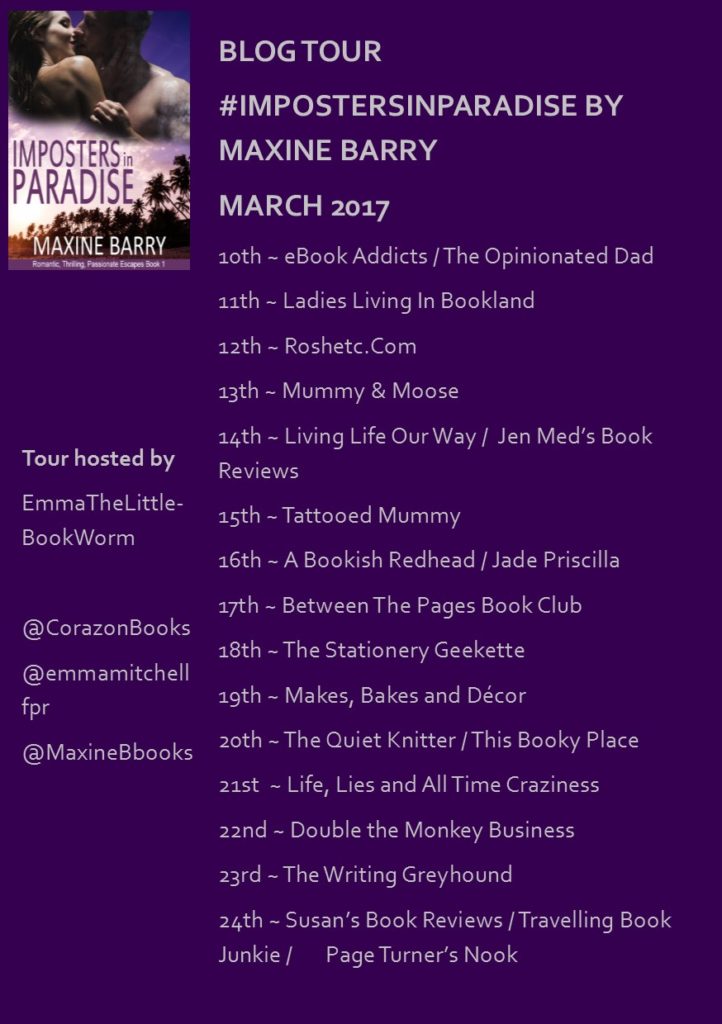 Imogen Dacres and Isadora Van Harte are sitting next to each other on a plane to Bermuda. Little do they realise that both their lives are about to change forever.

The plane gave a massive lurch, the lights went out for a second, then flickered back on again. Their few fellow passengers began to whisper tensely to each other.

‘That’s it,’ Isadora said thickly. ‘If it does that again, I’m not going to be held responsible for my actions!’

Imogen’s own heart was beating hard in what felt like the base of her throat, and she took several long, hard breaths. Her twenty or so fellow passengers were also stirring uneasily. Once again the captain’s voice came over the speakers, assuring them that they were all but through the worst, and would be touching down in Bermuda in 15 minutes.

It cheered everyone up, although the plane continued to buck alarmingly. Beside her, Isadora began to fidget strenuously with her bracelet. Imogen guessed that it was a nervous habit she had, and wasn’t at all surprised when, a few moments later, the catch on the bracelet came open and the pretty gold band slithered down onto Isadora’s lap.

‘Oh damn,’ she muttered, picking it up and looping it back around her wrist, her elbow jutting out as she tried awkwardly to fasten it again. Never an easy thing to do one-handed. After several tries, she sighed heavily. It didn’t help that her hands were shaking.

‘Here, let me,’ Imogen offered, leaning over and holding the two ends together. But the locking mechanism was one she’d never seen before, and it totally defeated her.

‘No, you push that little bit up, then under,’ Isadora said, beginning to giggle. Imogen had to laugh too. She knew it was a result of their nerves, but the two women, heads together, found themselves giggling like schoolchildren as Imogen failed again and again to get the clasp to work. Eventually Isadora shook her head. ‘Look, I tell you what. Hold out your own wrist, and I’ll fasten the clasp, and you watch how it’s done.’

‘Deal,’ Imogen said drolly. But the bit of nonsense had passed five minutes away. Surely they couldn’t be far off from landing now? She blinked as a blue streak of lightning zigzagged outside her window and momentarily blinded her. Several passengers yelped as they too, were dazzled.

Imogen half-turned in her seat, her back to the window, whilst Isadora took one end of the clasp, threaded it through the hollow loop at the other end and then, in an upside down gesture, turned it back on itself and fastened it downside on, the clasp pressing firmly into the skin of Imogen’s inner wrist.

‘Well no wonder I couldn’t get it done up,’ Imogen huffed in feigned exasperation, and reached forward to …

There was a sudden and impossibly vivid flash of blue. Then a strange fizzling crunching sound. All the lights went out and stayed out. Several women screamed. Beside her, she felt Isadora’s hand grab her own, clasping so hard it made her bones ache. Even with the lights out, and the sky only a stormy dark curtain outside, there was still enough light in the cabin to see one of the stewardesses go forward into the cockpit.

For what felt like a long while, but couldn’t have been more than a minute, the aeroplane was awash with terrified, babbling voices. Perhaps that’s why it took so long for Imogen to realise that instead of sitting levelly in her seat, her whole body was angling forward. And leaning forward at an increasingly steep angle. It took her another few seconds to realise that the plane had now gone unnaturally quiet.

At first she thought it was because, after the initial surprise, her fellow passengers, like herself, had all gone quiet. Then she realised it was more than that. The silence was deeper, far more ominous than just the absence of human voices.

She couldn’t hear the engines! Which meant that they had no power. They were going down!

As if on cue, everyone suddenly began to scream. 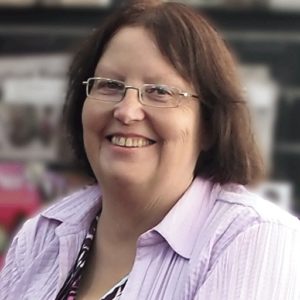 Maxine Barry lives in Oxford. She is a full-time author and also practises calligraphy. 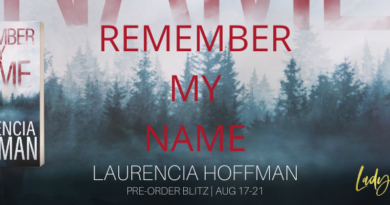