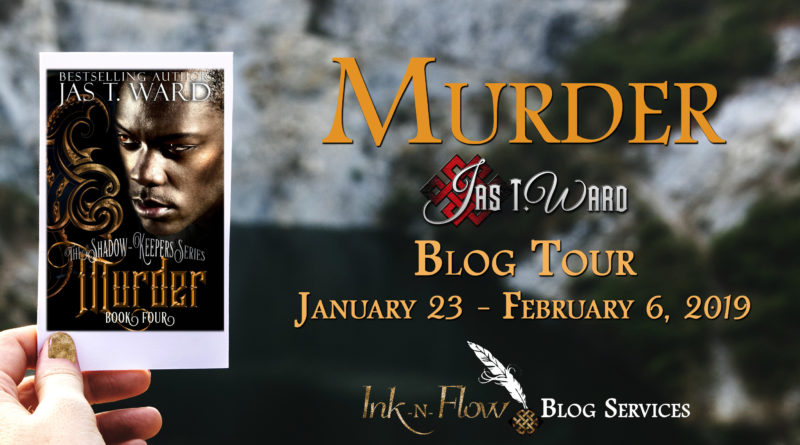 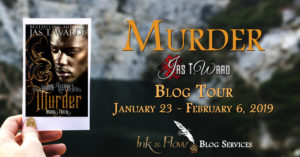 Welcome Back to the World of The Grid.
Where heroic bad-asses looking for a second chance fight a war among us in the shadows.

Marcus De Monte was born in Hell, both literally and figuratively. Birthed by a demon, sired by a human and considered a failure from the moment he took his first breath. Nothing more than fuel for the Hell fires. Allowed to live by Lucifer himself, he became determined to reach the top of the food chain by becoming an elite assassin in the Dark Lord’s army.
After reaching that bloody, hard-won goal he chose a path not ordered by Hell—one leading to love. But that love became doomed the moment it bloomed. Fueled by rage of its loss, his payment was the shameful duty of bodyguard to the Keeper of Madness – Reno Sundown and his family. But denied destiny has fatal consequences. The one chance Marcus had of being reunited with the one he loved vaporized.

But destiny has a way of masking itself until its time, and Marcus is no exception. Will the newest Keeper find his heartbeat, even when it beats quietly from the past?

Or has Hell played the ultimate trick on Marcus… and the past to burn love to ash once more?
And the dark power of Murder has a new host, and it has its own scores to settle.

Name / Pen name & little about yourself:
Hi! I am Jas T. Ward and I write paranormal/urban fantasy/horror and contemporary romance. All with twists, W.T.F. and laughter. Toss in a little adventure and action; you have Romance – The Ward Way. I live in the Galveston, Texas area with an autistic Schnoodle (yes, that’s a thing) by the name of Murphy, an older dog that tolerates him named Pumkin and a cat that barely acknowledges my existence. I raised three, diverse children who are independent and amaze me most days. Other days, I think they are amazed I’m their mother. 😀

When did you first realize you wanted to be a writer?
From the moment I learned to read. When I came to know stories and books as an escape. An opening to far away lands, I was hooked. I wanted to create those worlds. What better way to be queen of the universe than by creating it yourself?

What genre are your books? and what made you write in that genre?
I began writing in fanfiction after ghostwriting for several authors for years. I wrote paranormal romance in both of those outlets, so when I transitioned to writing under my own name, it was natural to do so in PNR. A few years ago, my readers dared me to try to write a traditional, formula type contemporary romance. I did try… I failed. I have to write real characters with real issues who are relatable. I also make a reader earn the happily-ever-after. That’s how my tag line was born: Romance – The Ward Way

Where do you get your ideas for your books?
Believe it or not, I have a dream of every book and short-story I’ve ever written. I am a vivid dreamer which means they play out like movies. I’m not kidding! They play out with opening credits, music soundtrack and even bonus scenes at the end. I guess with books and movies being my escape during a difficult childhood and trauma as an adult, my brain just decided to combine the two. I have the dream, I note it down when I wake up and ta-da, I just write out what my brain has played.

How long does it typically take you to write a book?
Maybe this question I shouldn’t answer. 😊 It depends on life, my creative drive and if my bi-polar wants to play nice. I can write a romance in weeks and a PNR in months. If (note the IF) everything lines up. Other writers have a muse or two, I have a demon. We’ve named it Twiz—my creative demon will drive me nuts and deprive me sleep or peace until I get the words down. Stories don’t just demand to be written with me, they scream it and jump all over my grey matter.

How many books have you written? Which is your favourite?
I’ve written ten if you included a collection of short stories and poems along with two novellas. Which is my favorite? That’s a trick question. I like to use the good ole’ fashioned mentality of write what you want to read. So any given day, as a reader, any one of them are my favorite. Bad day? Read A Little Pill Called Love or Love’s Bitter Harvest. Need some adrenaline mixed with laughter to rush the day along? Jump into any of the Shadow-Keepers books. Or can’t sleep and want to have something share the dark and make boogie men from the shadows? Grab Soul Bound: The Warrior.

Do you ever suffer from writer’s block? How do you overcome it?
I actually suffer from writer’s diarrhea. LOL. What is that? When I have far too many stories, characters and ideas wanting attention all at the same time. It’s overwhelming and makes me sit back and say hush, let me think for a minute.

Have you done any collaborations with other writers?
I’ve been a part of a few amazing adult coloring books but haven’t written in an anthology or co-writing scenario. I believe (cross your fingers) that’s about to change this year.

What do you think of reviews?
I love reviewers and reviews. As long as they are honest, sincere and done in the spirit of a reader. I’ve been very lucky to have great reviews and bloggers that give my books a chance. That’s huge with me because my books and style of telling a story is different. I am well aware of that. If someone took the time to find out why and got it, I’m happy. We should learn from all reviews and critiques—that means someone tried and we should learn, even if that lesson is to buck it up, toughen up and keep going.

“Why the Ward Way? Because I believe in writing books that take a reader on a thrill-ride. Action, danger, drama, sure. But also laughter, tears of joy and moments that make you want to stop just to scream. My books are twisted, complex and full of heroes and heroines full of flaws and heart, but a reader cannot deny–total badasses. Welcome to my worlds, take a seat, get to know me and the characters and I assure you… You’ll be glad you did.” ~Jas T Ward

Jas T. Ward has always used writing as a necessary escape. With a past marred by a difficult childhood and domestic violence as well as being homeless as an adult, Ms. Ward lost her creative voice when she lost her soul mate to suicide. Finding that creative voice once again in writing in social media via blogs and creative writing groups, Ms. Ward gathered other writers & founded Dark Hunter Nights, which has over 2,000 members & is one of the largest and longest-running fan fiction groups on Facebook.

Through her work with Nights, Ms. Ward developed characters that were diverse, different and unique. Fans of the group encouraged her to use her literary talents and give her characters life in books, and The Shadow-Keepers Series was born. Ms. Ward quickly became known for writing books filled with action, drama, laughter, darkness and unimaginable plot twists, and her books have won awards from various blogs and other outlets. A bestselling author on both Amazon & ARe Romance, Ms. Ward has been described as the Robin Williams of authors: so damn funny and talented, but with a darkness that calls to you, causing you to want to know more.

Ms. Ward’s books have also been reviewed by Ind’Tale Magazine, and have been nominated for the magazine’s prestigious RONE awards for the last three years, each time a finalist. LUST, Book 2 of The Shadow-Keepers Series, was the recipient of the following awards from Rant & Rave Book Blogs Preditors & Editors Reader Poll: Best Dark Fantasy 2015, Best F/F Romance 2015, & Top 10 Reads of 2015.

While her fans enjoyed the dark, twisty romance of The Shadow-Keepers Series, they believed in Ms. Ward’s potential to write other genres, and challenged her to write a contemporary, traditional romance. She completely failed, but the result was Love’s Bitter Harvest; and just like that, a style was born – Romance: The Ward Way. True to the style that her fans adore so much, Ms. Ward’s romances are funny, unpredictable works with twisted turns to keep the readers guessing; after all, the path to love isn’t easy.

While her first passion is writing and reading, Ms. Ward also enjoys networking with other authors and helping those who are just starting their careers in the crazy world of indie book publishing. She is an ever-positive presence on social media, offering encouragement and advice to her fellow authors. She is a founding member and administrator of the Girls Gone Writing/GGW Reader Group on Facebook, which has over 5,000 members and is a drama-free place for everyone – readers, authors, bloggers & fans alike – to talk books.

In 2018, Ms. Ward combined her experience as an executive project manager with her bestselling award-wining writing skills and founded Ink-N-Flow Management Group. Ink-N-Flow was founded with the mindset that talent, efficiency, creativity and resources could not only coexist, but thrive. Ink-N-Flow is a one-stop shop for small businesses, giving those businesses the ability to give wings to their dreams.

Born and raised in Texas and spending time living in Kentucky, Ms. Ward spends her days and nights writing as therapy to deal with life and all that it brings—from the past and present. And hopefully finds joy, laughter and fun to mix in with the dark. Something her readers have come to love in her works. She is the proud parent of three very independent grown children and grandmother to three delightful grandchildren.

She has three fur babies that sit and ponder why their human is talking to herself late into the night as she writes out colorful and diverse if not twisted characters and tales.

When asked why she writes, Ms. Ward answers simply: “Reading saved me. It was my salvation and my haven. I now strive to pay that gift back by writing books that can give the same to others. And to keep myself sane.”