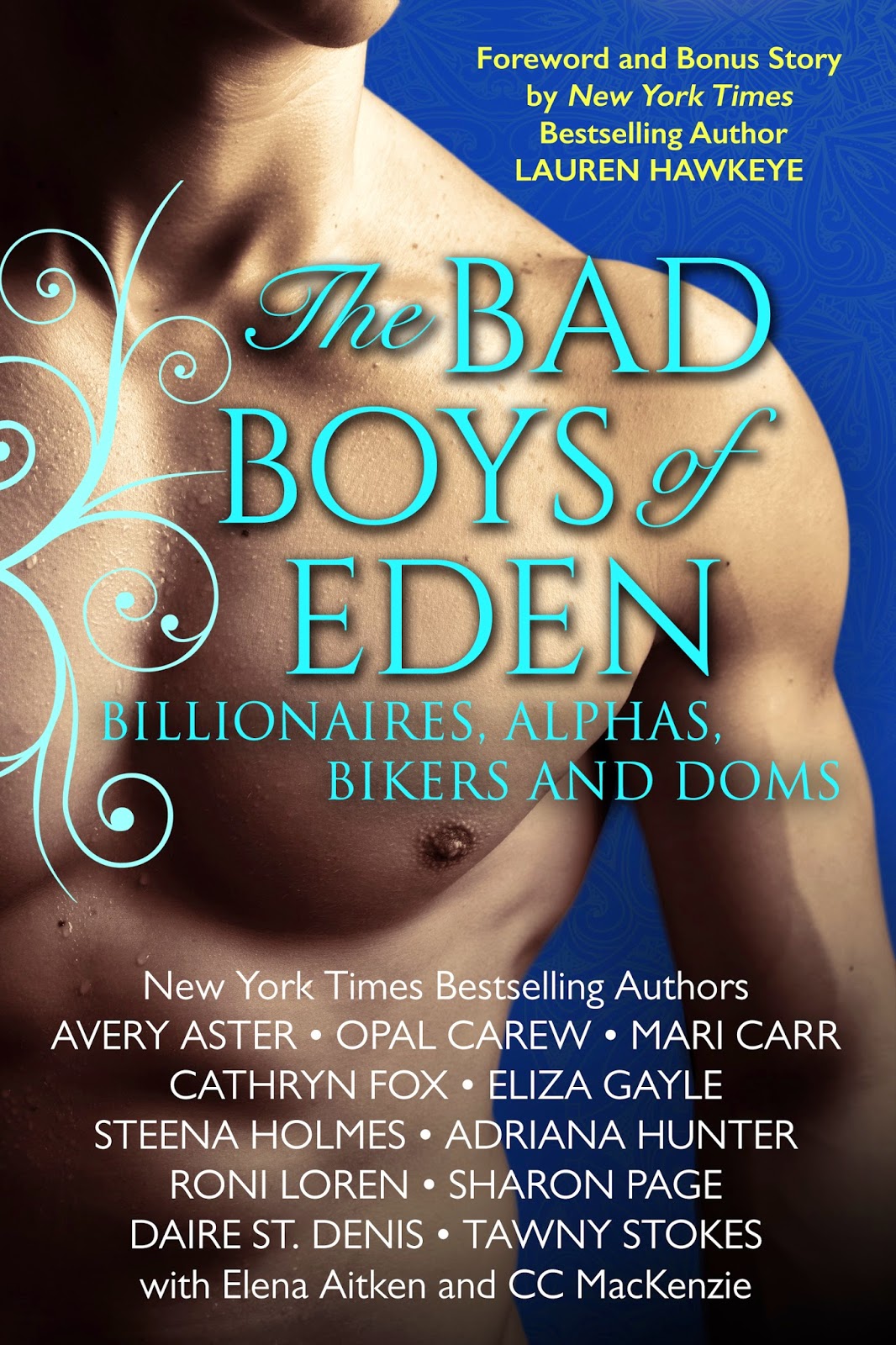 Avery Aster pens The Manhattanites, a modern erotic romance series of juicy melodramas multilayered on love, friendship, scandal, and drama to the hilt. As a resident of New York’s Upper East Side and a graduate from New York University, Avery gives readers an inside look at the city’s glitzy nightlife, socialite sexcapades and tall tales of the über-rich
and ultra-famous. “I write about what I see in my metropolis that never sleeps–beautiful people on the quest for a passionate thrill,” Avery says. By and large, Avery’s characters are ripped straight from the headlines, speak their minds and always get what they want. Each novel may be read as a stand alone and is free of any cliffhangers.
Opal Carew

New York Times and USA Today Bestselling author, Cathryn Fox is a wife, mom, sister, daughter, and friend. She loves dogs, sunny weather, anything chocolate (she never says no to a brownie) pizza and red wine. She has two teenagers who keep her busy with their never ending activities, and a husband who is convinced he can turn her into a mixed martial arts fan. Cathryn can never find balance in her life, is always trying to find time to go to the gym, can never keep up with emails, Facebook or Twitter and tries to write page-turning books that her readers will love. Cathryn also writes Young Adult novels under Cat Kalen and co-writes paranormal romance as Taylor Keating.
Eliza Gayle

Eliza Gayle lives a life full of sexy shapeshifters, blood boiling vamps and a dark desire for bondage…until she steps away from her computer and has to tend to her family.
She graduated Magna Cum Laude (which her husband translated into something very naughty) from college with a dual degree in Human Resource Management and Sociology.  That education, a love of the metaphysical and a dirty mind comes in handy when she sits down to create new characters and worlds.  The trick is getting her to sit still.
…Join her in her world.  The door is always open and the next red hot adventure is just a page away.
Steena Holmes
I’m Steena Holmes. A wife, a mother of three daughters, and I live in Calgary, Alberta. I’m an author and a chocoholic. I love to read, write, and bake.
Welcome to my world of passions—chocolate and writing! Pull up a chair, fill your plate with sweet delicacies as we learn together how to become stronger writers. We’ll discuss books, indie publishing and passions—not always in that order!
Growing up as a small town Canadian girl, there wasn’t much to do but ride your bike, hang out with friends on the beach and daydream. I always wanted to write but never dreamed it was something I could do as a career. I love to travel and fell in love with the sheep covered hillside, old castles and romantic history of Scotland and England. I dream about waking up in Tuscany and touring small town shops in the south of France with my husband, of placing my toes in the ocean and experiencing history first hand. As a mother with three daughters, I’m learning that teaching them to pursue their dreams is a lasting legacy. I love to wake up to the Rocky Mountains, will forever enjoy the taste of coffee and chocolate and can’t imagine the day when a story doesn’t unfold in my heart. Living a life with passion and pursuing dreams is a life well lived.
Adriana Hunter
New York Times & USA Today Bestselling author Adriana Hunter wrote her very first novel at only thirteen years old, by hand, in an old lined scribbler and she hasn’t stopped since. Her contemporary and paranormal romance stories feature irresistibly powerful alpha heroes and the beautifully curvy heroines that love them.
Roni Loren
Roni wrote her first romance novel at age fifteen when she discovered writing about boys was way easier than actually talking to them. Since then, her flirting skills haven’t improved, but she likes to think her storytelling ability has. Though she’ll forever be a New Orleans girl at heart, she now lives in Dallas with her husband and son.
If she’s not working on her latest sexy story, you can find her reading, watching reality television, or indulging in her unhealthy addiction to rockstars, er, rock concerts. Yeah, that’s it. She is the National Bestselling Author of The Loving on the Edge series.
Sharon Page
USA Today Bestselling author Sharon Page sold her first book in 2004. Since then, she has published more than 20 novels and novellas, both traditionally through NY publishers and on her own through self-publishing.
Sharon writes: Erotic historical romance (Sin, Deeply in You) Erotic paranormal romance (Blood Red, Blood Curse) Sensual historical romance (The Club) New adult contemporary erotic romance (The Yardley College Chronicles series).
Sharon’s books have won many awards including two RT Bookreviews Reviewers Choice Awards, two National Readers Choice Awards, the Colorado Award of Romance, and the Golden Quill.  Sharon was nominated by RT Bookreviews in 2013 for Career Achievement in Erotic Romance.
Sharon graduated with a degree in Industrial Design (School of Engineering) and worked for years in the structural engineering field. Married, with two children, Sharon now writes almost full time.
Daire St. Denis
New York Times and USA Today Bestselling Author Daire St. Denis is an adventure seeker, an ancient history addict, a seasonal hermit and a wine lover. She writes smoking hot, contemporary romance where the pages are steeped in sensuality and there’s always a dash of the unexpected. The best way to spice things up is to check out her new series of interactive tales, WICKED WAY INTERACTIVES, a fun new format in sexy storytelling
Tawny Stokes
Tawny Stokes aka Vivi Anna is a New York Times and USA Today bestselling author in paranormal romance, urban fantasy, scifi, young adult and new adult.  Since 2003, she’s written and published over 40 books for New York publishers and indie published.
Elena Aitken

Like a lot of my readers, I’m a busy mom. It often feels like life is pulling us in a million different directions, which is why I love to write romance! There’s nothing better than knowing you have an escape waiting for you at the end of a long day in the form of a good book.
I’m lucky enough to live in the shadow of the Canadian Rocky Mountains in the foothills of Alberta, where I can write the stories I love. Whenever I get the chance, I escape into those amazing mountains and I can usually be found sitting with my feet in the lake, working on my next book.
As well as contemporary romance novels, I also like to write women’s fiction and my collection of stand alone novels are all part of the Escape Collection. I’m always trying something new, so stay tuned to see what’s next!
CC MacKenzie
CC MACKENZIE is the author of three completed contemporary romances due out this year. Reckless Nights in Rome, A Stormy Spring.  Run Rosie Run is due out before the end of 2012.  She released a vampire romance novella Big Trouble in China  in September 2012 the first of three in a series.  Capturing Coco’s Heart another contemporary romance  is out in early 2013.
A born storyteller, she creates a fast paced blend of humour, poignancy and a deep sensual warmth that speaks directly to her readers. The eldest of two children, Christine lives in South Cheshire, United Kingdom. She has two daughters and one son.