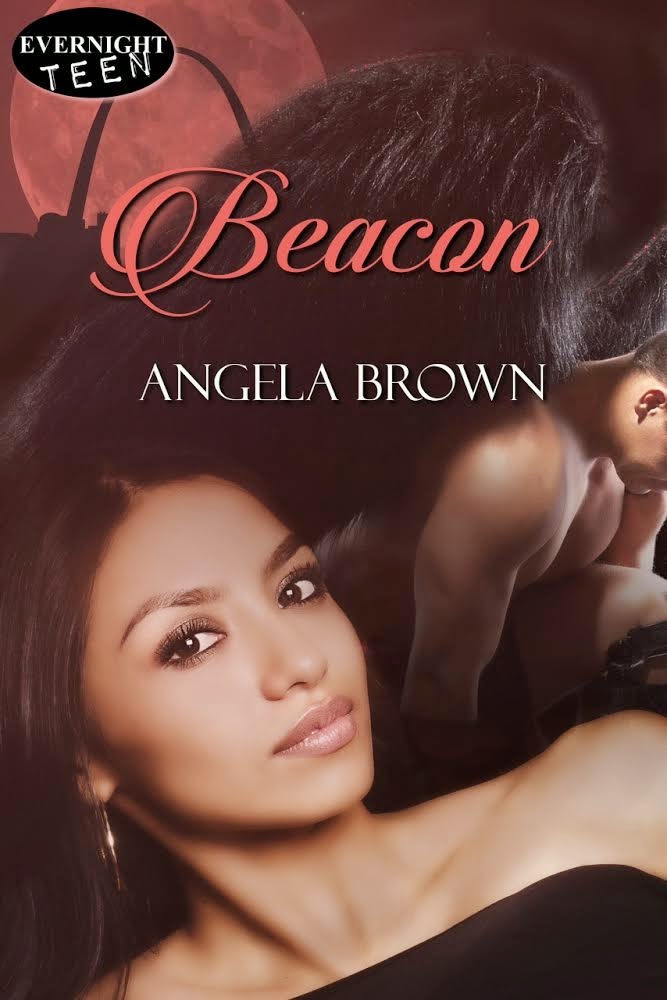 Tsunamis reduced the USA into a shell of itself,
called The Fold. Surviving humans and vampires joined forces to form The Colony,
where registered citizens do as their told.
They donate blood quarterly and dream of
being chosen as Attendees for the Jubilee celebrations, that is, everyone
except Macie Breen. With high school graduation near, she’s anxious to ditch
the rules in hopes of starting a new life with Thane, an unregistered and also
her best friend.
Her hopes fizzle when Macie is selected
as an Attendee, forever registered. Any future with Thane…impossible. Being
chosen comes with another unexpected price.
Truths about The Colony blaze into ashes
and lies when she discovers the vampires haven’t kept their part of the
bargain. Worst still, Macie’s life unravels as her stint in the city of Bliss
forces her to face daunting truths about who, and what, she really is.
Excerpt:
As promised, a tent hid in the darkest
corner. I could barely make it out. Although my long sleeves kept me warm, the
inside of the tent felt cozy, quaint and much warmer since it blocked out most
of the wind.
“Didn’t think you’d make it.” He offered
me a seat on a pillow. I thought that was nice, because I didn’t much like the
idea of sitting on the ground.
“I try to be a girl of my word…I mean,
when I can.” Breaking my promise about donating still irked me. All I could do
was hope he understood. Although we never promised to share every little thing
with each other, we practically did. Keeping the bike incident from him needled
at my heart. I wanted to tell him, but I still didn’t know how to explain it.
“You’re right, Macie. We got different
situations. I shouldn’t have asked that of you in the first place. I
overreacted. I’m sorry.” He pulled his pillow closer and sat beside me. The
tent grew warmer all of a sudden.
“Good. I’d hate to lose my only friend
over something like that.” I tucked a few loose strands behind my ear. I had my
hair down the way he’d said he liked it. That was important to me. He was
important to me. Since the day he found me hiding in this very same spot, eight
years ago––a little girl crushed, confused, and alone––he’d become so much more
than a friend. I wanted him to know, so badly. But how to say it?
I checked out the rest of the tent.
Small packs of smoked meat and cheese. Two solar powered holo-visors he
probably bartered to get for us, green lit and fully charged. They probably had
some cool movie from the banned list on them…hopefully a horror one. There was
even a flower. A flower?
“Look, can I confess something to you?”
His question pulled me from my little survey and stopped my heart. Maybe I
wasn’t alone in feeling something special between us.
“Sure. Go ahead.” I gathered my hands in
my lap to hide my trembles. I don’t know why I was so nervous. It was just
Thane. Okay, so yeah, maybe that was why I couldn’t still my pounding heart.
He cleared his throat. “I’m not sure how
you’ll take it.”
My body fought every command. Don’t
look at him. That failed, as my gaze trailed the leanness of his arm. His
skin held a soft glow, a moonlit cascade that clung to him like an aura. First
time I noticed it.
Don’t stare at him. That failed, too.
He took my silence for listening. “I
didn’t know what to expect when I first met you. You were so young, innocent,
and beautiful.”
The air grew shallow. A breath stuck in
my throat. Don’t look in his eyes. Quicksilver pulsed, radiating as
I failed that command as well.
“We’re not kids anymore, Macie. You’ve
learned what little The Colony had to say about the vampeer, wights and devil
spawn. There’s something else they’ve hidden from you. From all registered
citizens. I’ve wanted to tell you for a long time why we met.
Just how special you really are. But you won’t want to be my friend anymore
once you know the truth. Losing you would be…”
Words trickled from my mouth unfiltered.
“I, what do you mean I wouldn’t…”
He turned to me, chewing his bottom lip.
The last time he did that was the day I broke first blood.
We were playing at knight warriors, a
favorite of ours since we were kids. I thrust my wooden sword forward. It
clattered to the ground as I doubled over from a sharp spasm in my stomach. I
tried to shoo Thane away, deal with the pain on my own. But, noticing the
grimace on my face––I really tried hard to be quiet, but I cried out anyway––he
wouldn’t have it. When he glanced at my yellow cargo pants, he chewed his
bottom lip, eyes wide. My gaze trailed down to the bloody mess I’d become. My
face couldn’t have flashed hotter if I set it on fire.
Now he was doing it again, chewing his
bottom lip. What could he possibly have to say? He opened his mouth
to speak when the tent flap ripped away. We jerked our heads around to face a
tall being covered in shaggy, brown fur from scalp to hoof. A shadowy glow
encircled it like a dirty aura. Two arms protruded from both sides. Jagged
teeth crowded its mouth. Drool leaked down its chin. Reptilian eyes shone
bright white with a red slit down the middle. One set of eyelids blinked side
to side as the second set followed up and down. It snarled, spat and drooled
some more. My bladder felt one moment away from losing it.
“Frag me,” I whispered, as my world
collapsed into a nightmare.
About the Author: 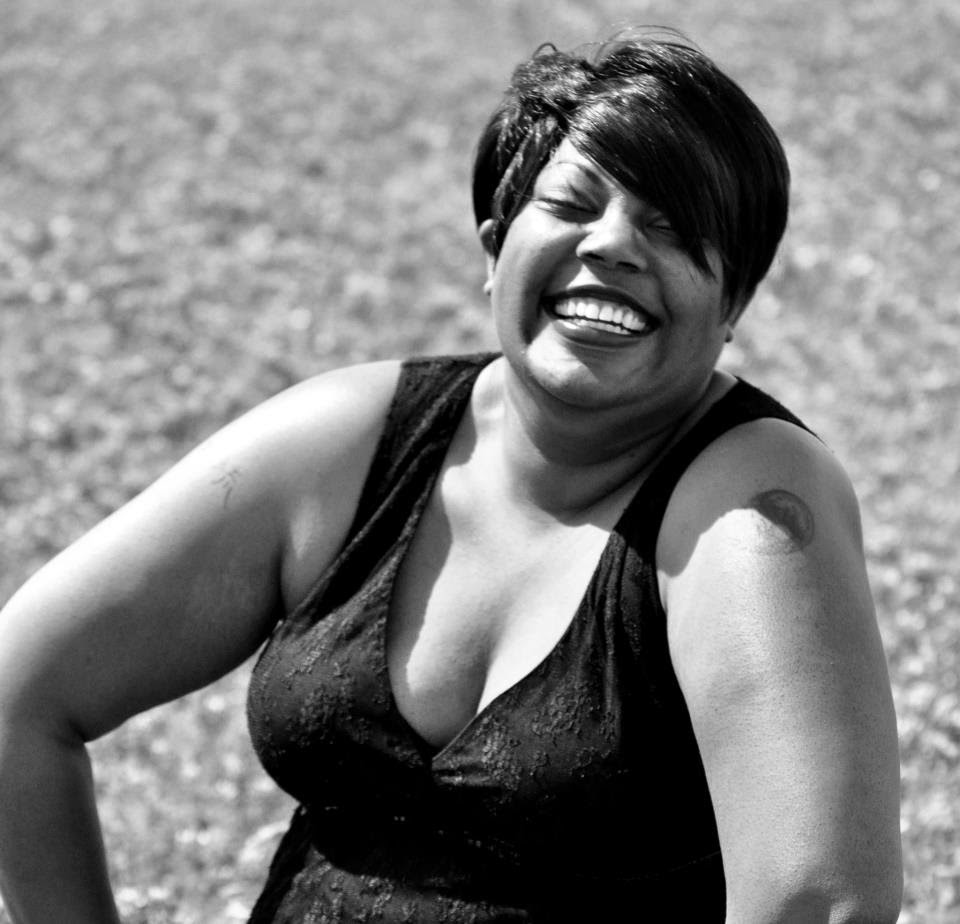 Mother to a rambunctious darling girl aptly nicknamed Chipmunk, life stays busy. Her favorite quote keeps her moving:  “You may never know what results come of your action, but if you do nothing there will be no result.” ~ Mahatma Gandhi. She’s released Neverlove and They All Fall Down of the Shadow Jumpers series, Frailties of the Bond and Atone of the NEO Chronicles, and BEACON, a YA urban fantasy dystopian published by Evernight Teen publishing.

[Promo] Prisoner of the Crown by Cassie Clover