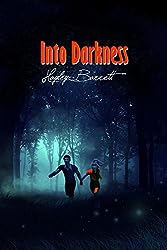 Into Darkness
by Hayley Barrett

She is however, supposed to be the daughter of the wealthiest, most influential man in the post-apocalyptic city of New Phoenix.

But apparently, she isn’t.

As Alex struggles to cope with her new life in Elder Grey, an act of friendship ends in tragedy. When someone she thought was an enemy pulls her from her despair, Alex discovers that old friends cannot be trusted, prejudice is another word for fear, and trust, not blood ties, make a family.

Into Darkness is set in a dystopian New Zealand and we are first met with a very spoiled Alexandra.
She has been found guilty by trial for breaking the Youth Conduct Code and her sentence is to be sent to the Elder Grey Detention Centre.
We follow her and her two armed guards on a perilous  3 week journey through the now harsh dystopia New Zealand. The Earl Grey Detention Centre is a place you do not want to end up in, especially the daughter of the city Judge.
I loved this story and was hooked from the start, I wanted to know what she had done to warrant her being sent to Elder Grey, ( a petty crime I might add) and what the place was all about – which we get in the second half of the book.
The author did a great job with the world she had created and it was a nice welcome change to being set in America.
4 stars
~~~~~~~~~~~~~~~~~~~~~~~~~~

Hayley Barrett began writing in the aftermath of the devastating Christchurch earthquakes of 2010 and 2011 as a way of escaping from the ongoing terror of the natural disaster. She spends a little time each day writing and can often be found at her local library wearing headphones and with a lap top attached to her hands.

Hayley lives in Rolleston, ten minutes south of Christchurch, New Zealand, with her husband and three children. When she isn’t driving her kids to their sports practices, games and other after school activities, she enjoys playing squash, relaxing in the sun and reading. Most days she wishes there were more hours available to spend writing. 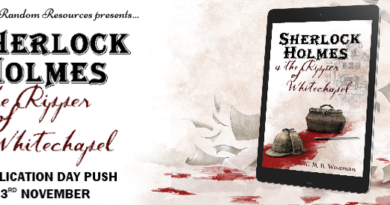 [Tour] Down the Rabbit Hole by Kristen Collins