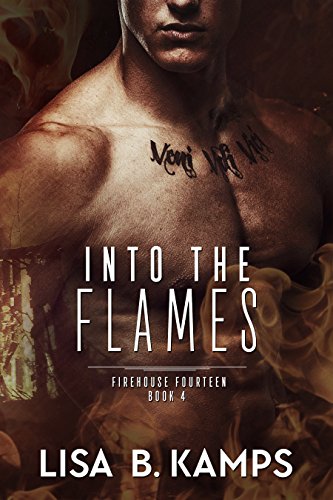 Amazon
Kobo
Barnes
Dale Gannon has sworn off women. He’s seen more than his share of crazy and not all of it has been during his job as a firefighter. His youngest sister, Lindsay, is currently in jail awaiting trial for the attempted poisoning of his other sister, Lauren. Guilt still eats at him, making him wonder if there was something he could have done to prevent Lindsay’s fall. Could he have been more supportive? More encouraging? What if…no, he was done with what-ifs. Done with women. Done with people, period. What he needs is peace, quiet…and time to come to grips with everything that’s happened in the last six months.

And then he meets the neighbor from hell: a sassy free-spirited woman who quickly turns his life upside down.
Melanie Reeves has always seen things differently, viewing life as an array of color. Bright and vibrant, dark and moody. She captures them, breathes them, gives life to them on canvas. But her obnoxious neighbor is a mystery, one she can’t solve, one she can’t even read clearly—and one she tries her best to ignore.
Until she discovers the deep guilt that plagues him—guilt he won’t admit to or even acknowledge. Can she help him find his way to the surface before the darkness completely engulfs the inner vibrancy she senses in him? Or will he drag her with him into the flames, where they both run the risk of losing who they really are? 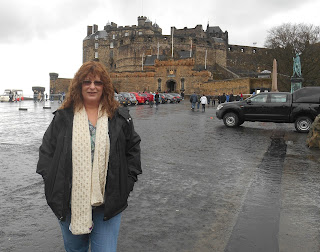 Lisa B. Kamps is the author of the best-selling series The Baltimore Banners, featuring “hard-hitting, heart-melting hockey players” (USA Today), on and off the ice. Her newest series, Firehouse Fourteen, features hot and heroic firefighters.
In a previous life, she worked as a firefighter with the Baltimore County Fire Department, then a very brief (and not very successful) stint at bartending in east Baltimore, and finally as the Director of Retail Operations for a busy Civil War non-profit.
Lisa currently lives in Maryland with her husband and two sons (who are mostly sorta-kinda out of the house), one very spoiled Border Collie, two cats with major attitude, several head of cattle, and entirely too many chickens to count. When she’s not busy writing or chasing animals, she’s cheering loudly for her favorite hockey team, the Washington Capitals–or going through withdrawal and waiting for October to roll back around!
Author Media Links:
Website: www.LisaBKamps.com
Newsletter: http://www.lisabkamps.com/signup/
Email: [email protected]
Facebook: https://www.facebook.com/authorLisaBKamps
Facebook Readers Group: https://www.facebook.com/groups/1160217000707067/
Twitter: https://twitter.com/LBKamps
Goodreads: https://www.goodreads.com/LBKamps
Amazon Author Page: http://www.amazon.com/author/lisabkamps
Instagram: https://www.instagram.com/lbkamps/
BookBub: https://www.bookbub.com/authors/lisa-b-kamps

#BlogTour A SERIES OF MOMENTS by M.L. Broome