Hello everyone and welcome to the re-release tour for the Opposites series. When I first released this series I was a new Author, self published, going the road all by my lonesome. Regretably, I made some mistakes. Thankfully, the editor I found when I started writing my second series, The All Cocks stories, offered to go back and clean up the Opposites series for me. The books have been extensively edited for errors and faults in the storyline. Some content that bordered on overly descriptive has been removed, but new content to better explain the characters and/or the world has been added. So, if you read these books when they initially released, you simply must read them again, they really are better than before.
A little bit about the series… Opposites is an Adult Dystopian majorly M/M series that contains explicit sexual content and relationships between gay, lesbian and straight couples. There are brief scenes of violence, each novel contains mostly M/M content and storylines, but there is M/F content as well. The companion novellas are strictly M/M and super spicy!
Again, thank you for stopping by today and I hope you’ll go grab your copies of the books. Thanks must be given to the lovely ladies at Enticing Journey for always setting up these top notch book tours. I hope you enjoy the show! 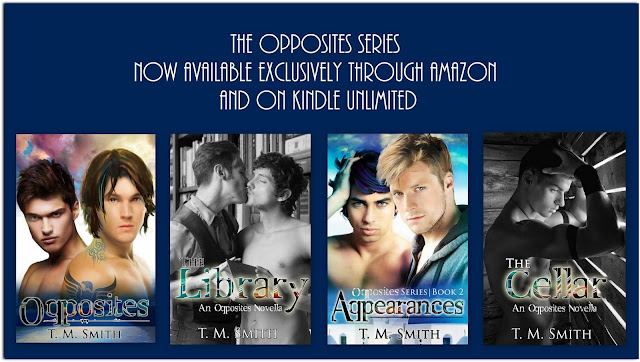 “In a world where straight is wrong, relationships form between couples and surprises lurk behind every castle corner. The author went into great detail and obviously did her research. I found myself intrigued by the two MC’s as their love began to unfold.” Author Sandrine Gasq-Dion

Praise for The Library…

“Have you ever wondered more about certain scenes or wanted more? This is a lovely compilation of three scenes from a great story and let us in on all the details, and I must say, wow they are smoking hot. I will never think of ice-cream in the same way again.” Cathy Brockman ~ MM Good Book Reviews

“Book 2 in the Opposite Series is filled with action, drama, love, intrigue, suspense, hot sex, beautiful love and brilliant amazing writing! I highly and I so mean highly recommend this novel to everyone so please do yourself a favor and read this book and the series, you won’t be disappointed for a moment!” ~ Gay Media Reviews

Praise for The Cellar…

“This is a well written book and is a perfect follow up to book one, Opposites. You will not be disappointed in purchasing this novel.” ~ Love Bytes Reviews

Raven bent down to run his hand in the water and remove the juices from the apple. As he stood up he almost fell forward when a pair of strong arms wrapped around him from behind, pulling him upright. Tanis kept one arm wrapped around his waist as he ran the other up, then back down the length of Raven’s arm. Reaching for his neck, Tanis swept Raven’s hair away and gently traced the Celtic cross tattoo he had with his fingers.
“Tanis.” It was a barely audible whisper, just the man’s touch caused Raven to shiver. Raven closed his eyes and inhaled a deep breath, leaning back and molding his body to Tanis, as Tanis continued to trace the tattoo at his neck. This is such a bad idea. I have to move, he has to stop, but I don’t want to move and I don’t want him to stop! Raven’s thoughts were a jumbled mess.
Tanis ran his fingers down to the collar of Raven’s shirt pulling it to the side, exposing the skin where his neck and shoulder met. Tanis brushed his lips across the sensitive skin and Raven jerked forward, almost falling into the stream.
Tanis jerked him back again and chuckled. “Easy.”
Raven turned to face him then stepped sideways toward his horse. “We should be heading back, it will be dusk soon.” And with that he mounted his horse and galloped off. Tanis stood motionless for several minutes, wondering what the hell just happened, then mounted up and followed. 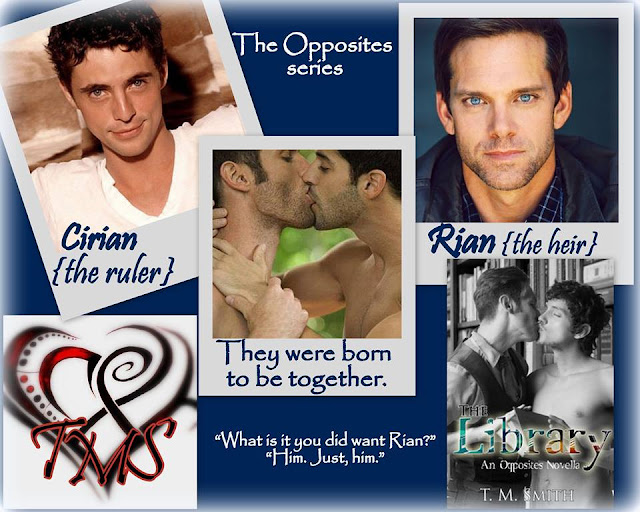 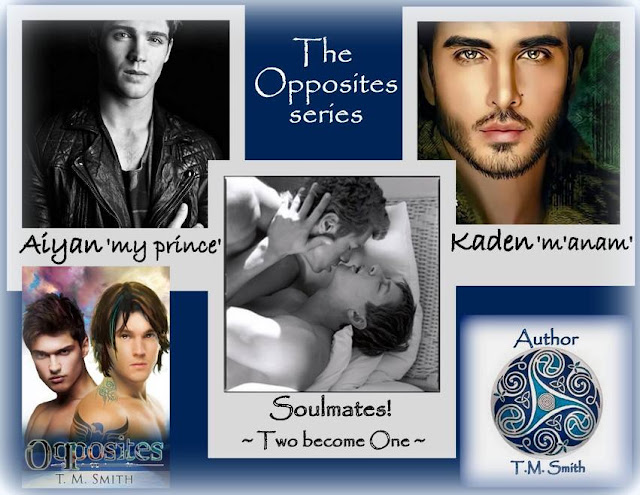 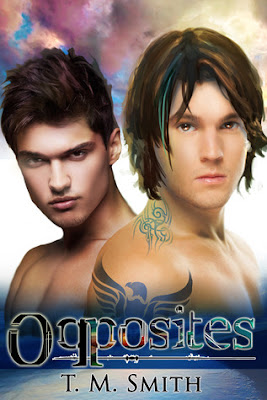 In the year 2081 our planet survived global warming of an apocalyptic scale. When the dust settled and the water receded Dr. Anthony Smith, one of only a few hundred survivors of GWI, started society anew. Having come to the conclusion that injudicious breeding played a huge role in the destruction of Earth as we knew it in the twenty first century, he worked closely with other survivors to isolate the Dionysus gene. This gene has the ability to manipulate human DNA to ensure that all male children be born gay, and all female children be born lesbians. A new society is born.
In the year 2300 Dr. Smith’s descendants are ushering in the twenty fourth century having maintained control of the government that still rules society. Twins Aiya and Aiyan are preparing to meet their matches and take control of House Gaeland, the current ruling House. But not everything is as it seems.
Love is Love.. it knows no gender and doesn’t conform to restrictions and boundaries. Aiyan has found his soul mate in Kaden, the prince of House Devi that he is matched with and eventually marries. But when the person Aiya falls in love with tests the boundaries put in place after GWI, all hell breaks loose. And in the midst of one secret unraveling, another will emerge. There is a growing anomaly that threatens to destroy over two hundred years of progression. This anomaly is known as Opposites.
*WARNING* Opposites is a majorly M/M New Adult novel that contains explicit sexual content and relationships between gay, lesbian and straight couples. 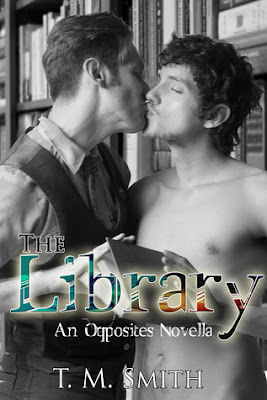 Three gay couples run amuck in this short story where clothing, beds, even four walls are all optional!
Want to know what happened that night in the library?
Cirian and Rian had a fight in the library and Rian ends up naked on the desk, on his back, at Cirian’s mercy.
Want to know how far things went with ice cream?
A romantic evening by the fire feeding his husband ice cream leads to a lot more than heavy petting for Aiyan and Kaden.
Want to know what was going on when those birds fled?
Travelling hundreds of miles, battling the rebels and then travelling back to House Gaeland will take it out of you. But when Tanis wants something, he takes it. Raven is about to be bent over a tree!
A Note from the Author: I’ve taken three scenes from Opposites that were cut short and elaborated on the shenanigans that ensued. I also focused more in the beginning on the relationship between Cirian and Rian, to give readers a chance to get to know them and the inner workings of their relationship a little better.
**Warning, The Library is a novella set in the same world as Opposites. While the series itself contains explicit content by consenting, adult couples (including MM MF & FF) The Library is strictly a MM novella ** 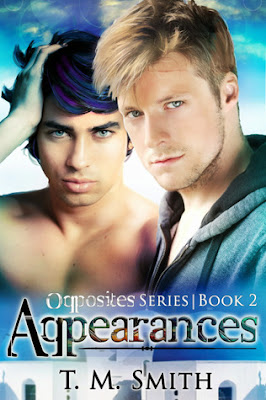 Appearances, can be deceiving.
Raven and Tanis are trying very hard to merge their vastly different lifestyles, but Tanis issues with his own past could prove to be more than their fragile relationship can handle. Is their love for each other strong enough to weather the oncoming storm?
Aiya and Sawyer have fought hard to be together in a world where Opposite relationships are generally forbidden. Yet, they are still forced to keep their relationship a secret while they are outside the walls of House Gaeland.
Everyone assumes that the only threat lies outside their walls, the group of rebels led by Cillian. But something is happening within House Gaeland, something that hasn’t happened since GWI. And with all the attention focused on that, their guard is down. An evil that was under their nose all along strikes, and someone will make the ultimate sacrifice to save another.
Appearances is the second book in the Opposites series, the series should be read in order.
** Warning, Opposites is an Adult Dystopian majorly M/M series that contains explicit sexual content and relationships between gay, straight and lesbian couples. ** 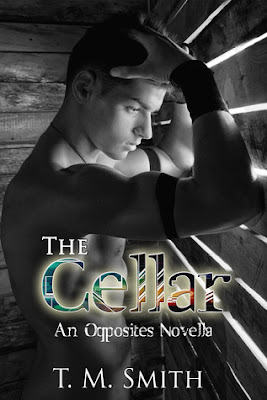 It’s time to learn the truth about what happened that day in The Cellar.
Taryn and Thanos are the formidable Ambassadors of House Orion. Taryn was born into power, bred from birth to lead the people of Greece along with his sister Theresa, Thanos was never a part of his mother’s plan. The son of a fisherman was not a suitable match for the son of Greece as far as their mother was concerned, but Taryn always takes what he wants.
The Cellar is the story of how these two men met and fell in love, and what lengths Taryn went to, to ensure he kept his man. This novella also contains a more detailed accounting of what happened the night Raven and Tanis went for a walk on the beach, and the adult version of Mistletoe and Mayhem that was initially released as a free short through goodreads.
The Cellar is the second novella in the Opposites series, the series should be read in order.
** Warning, Opposites is an Adult Dystopian majorly M/M series that contains explicit sexual content and relationships between gay, straight and lesbian couples. However, The Cellar is strictly a M/M novella **

A military brat born and raised at Ft. Benning Georgia; Smith is an avid reader, reviewer and writer. She now calls Texas home from her small town on the outskirts of the DFW Metroplex. Most days you can find her curled up with her kindle and a good book alongside a glass of something aged and red or a steaming cup of coffee!
At 44 years young, she’s decided to enter the next phase of her life by adding the title of “author” to her list of accomplishments. Smith is a single mom of three disturbingly outspoken and decidedly different kids, one of which is Autistic. Besides her writing, Smith is passionate about Autism advocacy and LGBT rights. 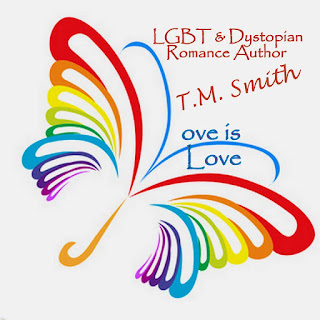 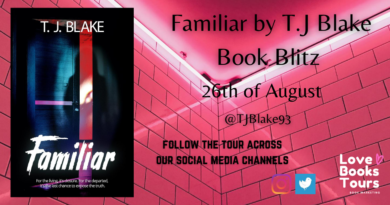