Morrigan is beyond death, trapped in a hellish nightmare from which only the Artist can save her. The Fiend is behind enemy lines learning to reap what he has sown. The Artist reaches deep into his past to find a reason for the strange woman he now must rescue from the vile Dark Man. The Winged Man is forced to wait while all of the elements he needs to start war with hell itself fall into place. Will he fight alone or will his shattered family unite with him?

This is book 2 in The Phantasmagories series and I haven’t read the first one which I feel left me at a kind of disadvantage. Because of this it did take me a while to get in to the story.

However, I enjoyed it and I liked the world that Barclay has created. We have an array of characters that go by names such as The Winged Man, The Dark Man, The Artitst and The Fiend – basically Angels and Demons, and as it took me a while to get into I didn’t really understand it all. Maybe that is just me, I think if I had read book 1 I may have had a better insight to who they were and a better understanding as to what happened to Morrigan.

I got the deep underlying  meaning of consequences of your actions from this.

Wide green eyes sparkle with tears. Filth and blood cover the skin around them. The once beautiful and now sallow face they belong to grinds against thick gore. A sigh escapes past the bleeding cracks of Morrigan’s lips and her features relax. Seconds later, she screams and spit slithers out of her mouth to collect with the excretions and slime surrounding her.

As the brutal pain once again subsides for a moment, Morrigan feels as if she is dancing in a ballroom with a small child in her arms. The sensation is very real and for the briefest of moments, Morrigan is away from this awful place with its endless, undulating blackness. The terrible trauma of her death immediately follows this dream, as it always does. She lies there weaving in and out of bliss and horror in a prison of which she is unaware. She has no concept of time. Day and night do not exist here. She has no idea that countless others are trapped in the darkness that surrounds her. They too are reliving the last moments of their lives over and over.

Death snatched Morrigan from life and put her in this place nearly a year earlier. Before death dared to rip her away from life, Morrigan was happy. It was a feeling with which she was relatively unfamiliar. Being pregnant and in love helped her find her place in the world just before her existence became one of unknowing torment.

Michelle Barclay is a copywriter and author from Massachusetts. She hikes, draws, does pyrography, cooks and spends time with her family when she isn’t writing or reading. She lives on the South Shore in Massachusetts with her husband, ethical hacker Adrian Hayter. 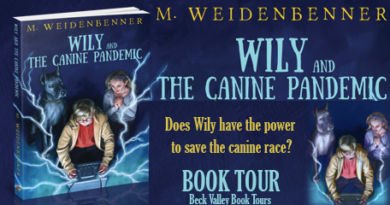 [Review Tour] Wily, and the Canine Pandemic by Michelle Weidenbenner 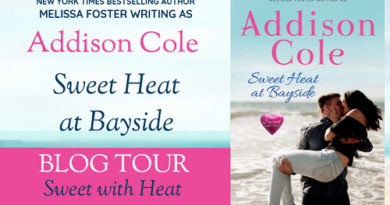 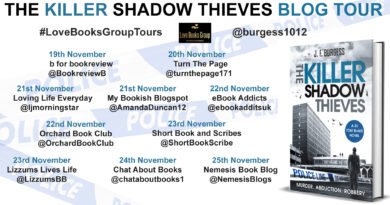