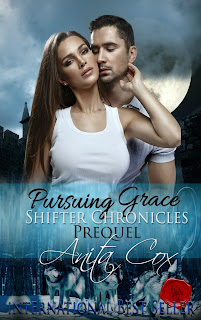 Pursuing Grace, Prequel:  Though Grace McGovern just graduated college, she’s restless, and to top it off, she finds herself single and unsatisfied with relationships in general.
Roman intends to claim Grace and make her his mate and part of his pack. He’s searched for her for five years and now she’s within his longing grasp, apart from one minor problem. She has no idea she’s a wolf.

As Grace tries to identify and cope with her inner wolf, she also needs to figure out the unprecedented and undeniable pull Roman has on her. Could he finally offer her the fulfilling relationship for which she’s been yearning? 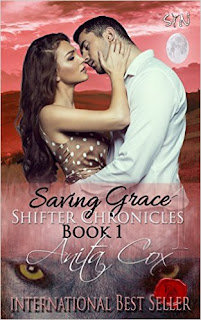 Saving Grace, Book 1: Already struggling with her royal status, Lycan Princess Grace McGovern faces the challenge of accepting a mate. The very sexy Roman LaRossa, is already infatuated with Grace. He’s also her pack’s Beta. As Grace’s was raised in the human world, she is determined to bring Lycan women’s rights up to speed, bringing them equality and protection for the violence they face from the Scottsboro pack’s supernatural puppy mill. Can Grace succeed in her goals or will the Scottsboro pack win by kidnapping her and using her to breed her royal blood into their pack until there’s nothing left of her?
Jagger Merrell, Alpha of the Scottsboro pack, takes great pride in his need to bring an end to the Lycan Clan and will do anything and everything he can to bring it and their too independently minded Princess, Grace McGovern to her knees. Will he finally rule the Kingdom of Lycan and tame this odd Alpha Princess once and for all?
Roman, the Belfast Pack’s Beta, has always loved Grace but will his chauvinist and controlling ways cause her to refuse him as her King?
Can Grace find love with Roman? Can Roman save her from Jagger? Who will win this battle of wills to rule the Kingdom of the Lycan?
Content Notes: M/F, Trans, M/F/H, Menage, F/F, Violence but not for titillation 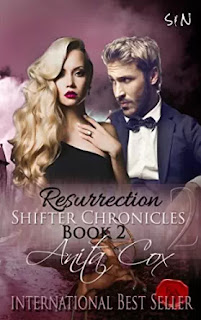 Resurrection, Book 2: Wendy Baker is a staple in the Belfast Lycan pack. She serves others, manages the house and events. So when Nala Baker, her sister-in-law and new Alpha of the pack, asks her to relocate to the new shifter university, she feels lost. How can she leave her pack behind?
Zoltar, the Centaur King, has eyes for Wendy, but years of animosity between Lycans and Centaurs could mean Wendy’s excommunication if they’re discovered.
As new Headmistress at McGovern University, Wendy struggles to find her place and considers Zoltar. He’s smart, sexy, and thoughtful. What will her brother think? But before they can enjoy their new relationship, a Pixie is murdered and the school falls under attack by a group that does not appreciate integration, the Separatists.
Can Wendy overcome her fears and find true love? Can she defend her school and her new pack from the murderous revenge of the Separatists or will she lose everything?
Content Notes: Adult content suitable for mature audience only. M/F, violence (not for titillation), bondage 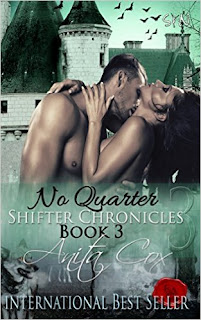 No Quarter, Book 3: Nala Baker’s arranged marriage to Colin has left her with a cordial relationship at best. Haunted by the memories of Jagger’s abuse, she struggles to bond with her mate the way she should.
Adopting the Gnomes as part of their pack has caused discourse among some pack members, forcing Nala to make difficult choices for the good of the pack. A rival pack issues a no quarter challenge, threatening not only Nala’s position as first female Alpha, but her life, potentially causing her new mate to suffer.
The Separatists continue their assault, threatening the safety of her pregnant sister-in-law, and new Centaur Queen, Wendy Baker.
As the shifter community teeters on the edge of human awareness the danger increases for not only the new school, but for Nala and her pack.
Can Nala overcome her fears and allow herself to bond with Colin? Will the presence of the Gnomes scar their pack forever? Will the Separatists reveal shifters to humans, and will that make the school a casualty of a human-shifter war?
Can she possibly survive a no quarter battle with a larger, stronger Alpha male?
Content Notes: Violence but not for titillation, M/F, Adult Content, light bondage
Genre: Erotic Paranormal Romance 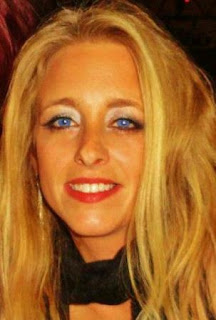 [Promo] Watch Me Walk Away by Jill Prand 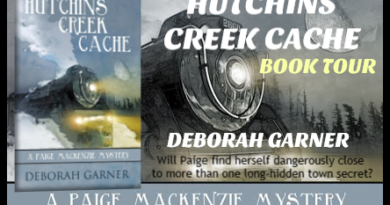