CONTENT WARNING: This work contains material that some may find offensive. A scene of moderate violence and some scenes of strong sexual content (NOT erotica)

Dylan usually gets what he wants…except for Nicoletta.

Resident bad boy and wilderness guide Dylan Harper lives life on his own terms, until one fateful night when an accident leaves him broken and rethinking his life. The man with one regret will come face to face with it when he least expects to. The only girl to tell him no, Nicoletta Ballas, is hired to help him with his recovery and is the only one who could destroy his heart and soul.

Nicoletta seems to always choose what isn’t good for her

Widowed nurse Nicoletta Ballas comes home after college, a disastrous marriage, and working for three years on a cruise ship. She is immediately thrown into the world she had run from when she left for nursing school at 18. Bad boy Dylan Harper was her childhood best friend but his promiscuity came between them. As they begin to reconnect, they are faced with a mysterious piece of her past that she thought was dead and buried. They and their love may or may not survive the pure evil that haunts her.

“This place hasn’t changed a bit,” Nicoletta said as they were seated by the front window. “We even got our old table.”
“How many times did we sit here?” Dylan asked thoughtfully. “Hundreds, if not thousands.”<
“Good memories,” Nic said, her eyes dreamy. “I’m getting chili fries!”
“That’s not a healthy breakfast,” Dylan protested. A moment later, his head dropped to his chest. “God I’ve become my mother.”
“Nah,” she replied with a wink. “She thinks with her head. Are you getting an omelet? We could share.”
“They do still have the best omelets,” he said in response. “If we’re sharing, what kind she would we get?”
“Ham, mushrooms and Swiss sounds good to me,” she said, licking her lips.
“At least your taste in eggs and salad dressings hasn’t changed.” It was left unsaid which of her other tastes he thought may have evolved into something new.
Their server soon arrived and took their order. Her eyebrow raised at the mention of chili fries, but she just shrugged and headed to the kitchen to deliver the request.
“Man, getting out of the apartment kicked my ass,” Dylan complained with a yawn. “I can hardly wait to go back up the stairs.”
“I’ll be there to help you up,” Nic replied, chuckling. “If you’ll stop being stubborn and let me.” As she turned to look out the window her face suddenly dropped. “It can’t be.”
“What’s wrong, Nic?” Dylan asked concerned. He turned and looked out the window too. “What did you see?”
“Not what, who,” she replied, her body shaking. “I swore I just saw Vince.”
“I thought he was…umm…dead,” Dylan said. “It couldn’t have been him.” He was confused, shouldn’t she have been excited at the prospect of seeing her late husband? The look on her face at that exact moment bordered on terror.
With a low, shallow breath, she looked back at him. “I know, but the man looked so much like him,” she replied. “Well, with lighter hair and wearing sunglasses.”
“It was probably just someone else who looks similar,” Dylan said, caressing her trembling hand. “People say I look a lot like Tom Welling.”
Nicoletta giggled and the terror spell was broken. “Dylan, you’re no Superman.”
“The lady thinks she’s funny,” he replied with a smirk. “But looks aren’t everything.”
Nicoletta replied by sticking her tongue out and telling him he was number one with a gesture of her hand. Dylan laughed and returned the gesture with both hands.
“You’re number eleven since you have two holes,” he whispered across the table. He looked away from her and started to drink his coffee.
“Yeah, but I only like to have one filled,” she replied. “And it’s not the one you are thinking.”
Coffee spewed from Dylan’s mouth as he choked. While he sat there, sputtering, Nicoletta couldn’t help but laugh at her friend. Shocking him had always been one of her favorite pastimes.
After a moment, Dylan was able to breathe normally and stared at her serious expression. She either has one hell of a poker face, or…
“What’s wrong, Dylan?” she asked in a sweet innocent voice. “Been drinking long?”
His head fell back against the seat. “What has my mother gotten me into?”
“Not any of my holes,” Nic said smiling. Dylan’s head snapped up and his eyes slowly closed, his head dropping to his chest. Nicoletta then mouthed the word… ‘yet’.

JJ Ellis
JJ Ellis is first and foremost a mom to five kids, four girls and one boy, ranging in age from 4-19. After that, she is a physically limited wife, blogger and now an author. She holds a degree in Communication Studies (Public Relations) from the University of Nevada, Las Vegas but never thought she would chose writing as a career, especially at the age of 42. She once wanted to be a publicist in the entertainment industry, but never a writer. Then one day when she was in her mid thirties she was going through what can only be described as an early ‘midlife crisis’ and ideas just started to come to her and she felt compelled to write them down. She finished her first book relatively quickly, but life got in the way and it took her eight years to revisit it and then publish her first novel. She can honestly say that now she is finally right where she wants to be.

JJ has been married to her college sweetheart (and romance novel hero) for twenty years and they reside in Casper, WY with their kids and one crazy mutt named Kreuger. She enjoys reading, writing, blogging, computing, and graphic design. She will try anything that will allow her creativity to be released.

TA Ellis
TA Ellis is married to best selling romance Author JJ Ellis and is the father to five kids, four girls and one boy, ranging in age from 4-19. He holds a degree in Secondary Education from the University of Nevada, Las Vegas and has flirted with the idea of writing for years. He however did not expect to be writing romance as Sci-fi/horror/fantasy are more to his liking. But as a sounding board for his wife, he realized he had some good ideas and the team of JJ & TA Ellis was born.

TA lives in Casper, WY with his wife and kids and one crazy mutt named Kreuger. He enjoys reading, video games and grilling. He is excited to embark on this romance journey…after all, he’s been happily married for twenty years. 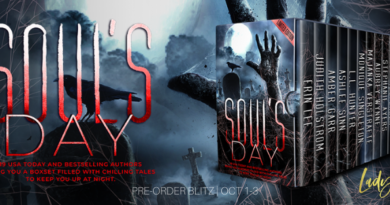 [Promo] The Sect by Courtney Lane