About 15 Minutes of Flame

When Stella’s friend inherits a creaky, abandoned home in Nantucket, she knows it’s the perfect setting for the town’s annual Halloween fundraiser. A deserted, boarded-up building on the property—once used as a candle-making shop—adds to the creepy ambiance. But as Stella explores the shack’s dilapidated walls, she discovers a terrible secret: the skeleton of a Quaker woman, wrapped in blood-soaked clothing and hidden deep within a stone hearth . . .

While police investigate, Stella wastes no time asking for help from friends with long ties to Nantucket’s intricate history. The key to the murder may lie within a scorching 18th century love triangle that pit two best friends against one another over a dubious man. But before the case is solved, another life will be claimed—leaving Stella to wonder who in Nantucket is friend, and who is foe . . .

I have really enjoyed the previous books in this series so I could not wait to read this instalment especially since it is set around Halloween. Its not often we are met with a potential murder investigation right off the bat, but that is exactly where we start, though the body that Stella finds is actually a skeleton that is about a hundred years old! Stella is setting up for the towns Halloween fundraiser in a creaky, abandoned home when she makes the discovery.

Despite the historic age of the potentially murder that does not stop Stella in going all out to find out what she can about the body and who could have done it. But this is not all, with the discovery comes a whole host of people who are looking for their 15 minutes of Fame, and have potential stakes in making sure secrets from the past are not revealed, which ends up in a current murder.

This was once again a great read in a series that is fast becoming my favourite in the cozy mystery genre.

Other books in the series:

Christin Brecher was born and raised in NYC, where her family and many childhood friends still reside. As such, she feels she is as much of a small-town girl as any. The idea to write the Nantucket Candle Maker series sprang from her life-long connection to the small island off the coast of Massachusetts. Spending summers there as a child, Christin read from her family’s library of mystery novels, after which she began to imagine stories inspired by the island’s whaling heyday, its notoriously foggy nights, and during long bike rides to the beach. After many years in marketing for the publishing industry, followed by years raising her children, Murder’s No Votive Confidence is Christin’s debut novel. Visit her at www.christinbrecher.com.
Author Links
Website – http://christinbrecher.com/
Facebook – https://www.facebook.com/christinbrecherbooks/
Instagram – https://www.instagram.com/christinbrecherbooks/
GoodReads – https://www.goodreads.com/author/show/18483379.Christin_Brecher
BookBub – https://www.bookbub.com/profile/christi
GIVEAWAY 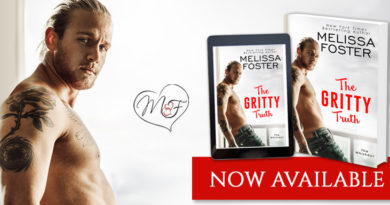