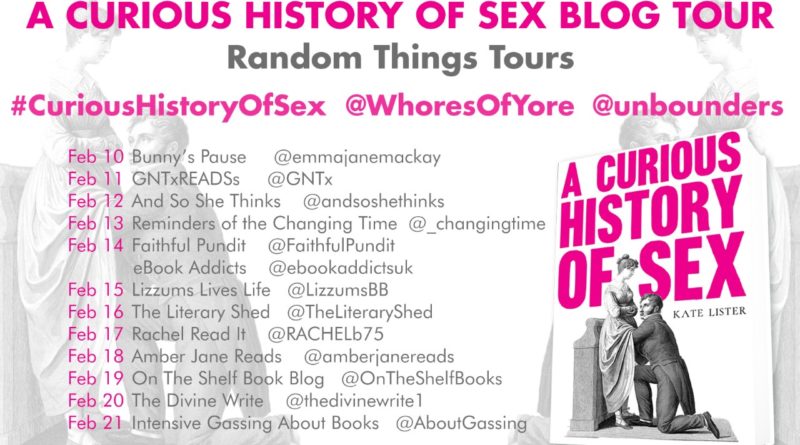 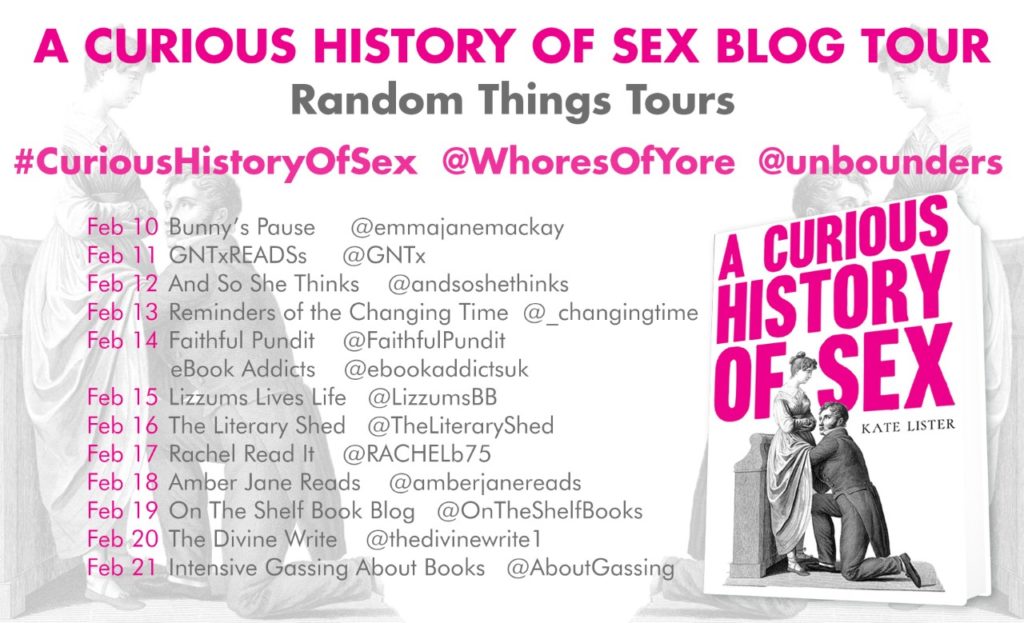 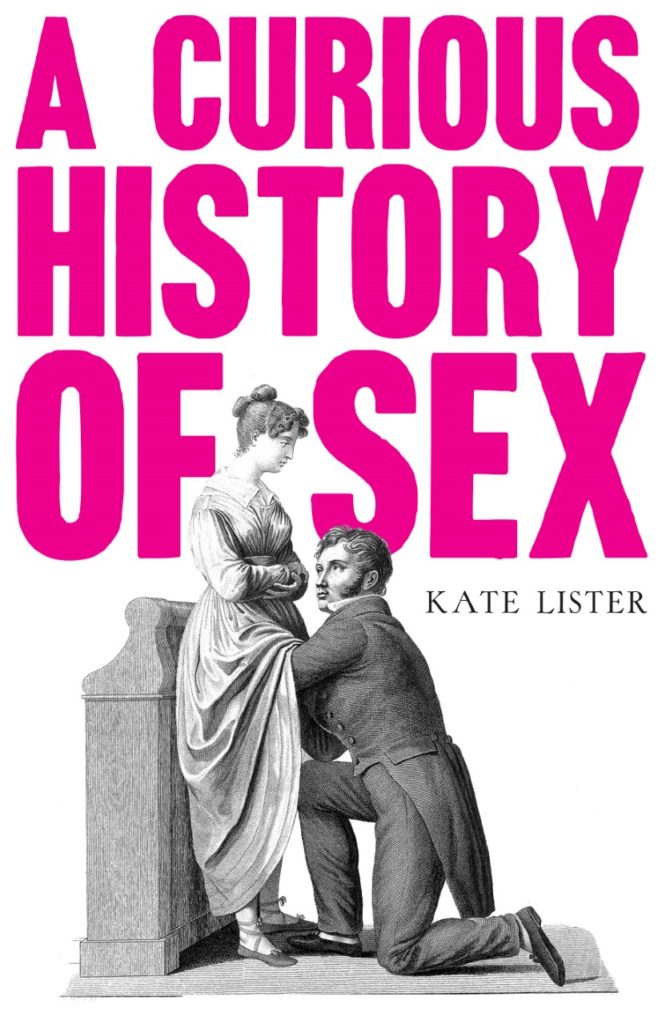 A Curious History of Sex
by Kate Lister

An eye-opening exploration of the weird and wonderful things human beings have done in pursuit (and denial) of the mighty orgasm,
based on the hit Twitter account @WhoresofYore

This is not a comprehensive study of every sexual quirk, kink and ritual across all cultures throughout time, as that would entail writing an encyclopaedia. Rather, this is a drop in the ocean, a paddle in the shallow end of sex history, but I hope you will get pleasantly wet nonetheless.

The act of sex has not changed since people first worked out what went where, but the ways in which society dictates how sex is culturally understood and performed have varied significantly through the ages. Humans are the only creatures that stigmatise particular sexual practices, and sex remains a deeply divisive issue around the world. Attitudes will change and grow-hopefully for the better – but sex will never be free of stigma or shame unless we acknowledge where it has come from.

Drawing upon extensive research from Dr Kate Lister’s Whores of Yore website and written with her distinctive humour and wit, A Curious History of Sex covers topics ranging from twentieth-century testicle thefts to Victorian doctors massaging the pelvises of their female patients, from smutty bread innuendos dating back to AD 79, to the new and controversial sex doll brothels. It is peppered with surprising and informative historical slang and illustrated by eye-opening, toe-curling and hilarious images.

Sex is still very much one of those taboo subjects yet it is one of the most natural things in the world, and I really enjoyed reading the history of sex over the centuries and how different cultures. I found myself snickering at some chapters and freaked out by others – the chapter on the origins of the word cunt for example – its amazing how a word that was regularly used was then made to become some taboo word or a swear word in modern times – some people don’t like the word moist and cunt is one I don’t really like but boy does it make a great swear!

The book is filled with illustrations and art work, making it a fantastical curious read. 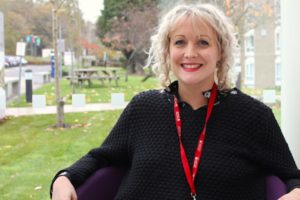 Dr Kate Lister is a lecturer at Leeds Trinity University, where she researches the history of sexuality and curates the online research project Whores of Yore. Kate is also a columnist for iNews, Vice and the Wellcome Trust where she writes about the history of sex. Kate won a Sexual Freedom Award for Publicist of the Year in 2017.

#blogtour THE GIRL YOU KILLED