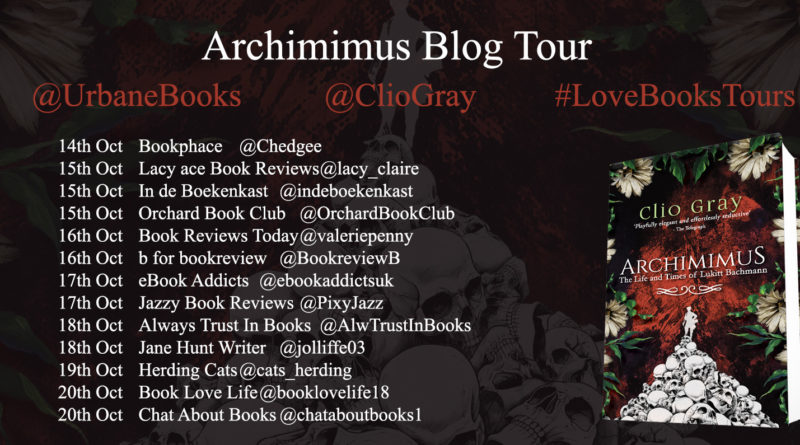 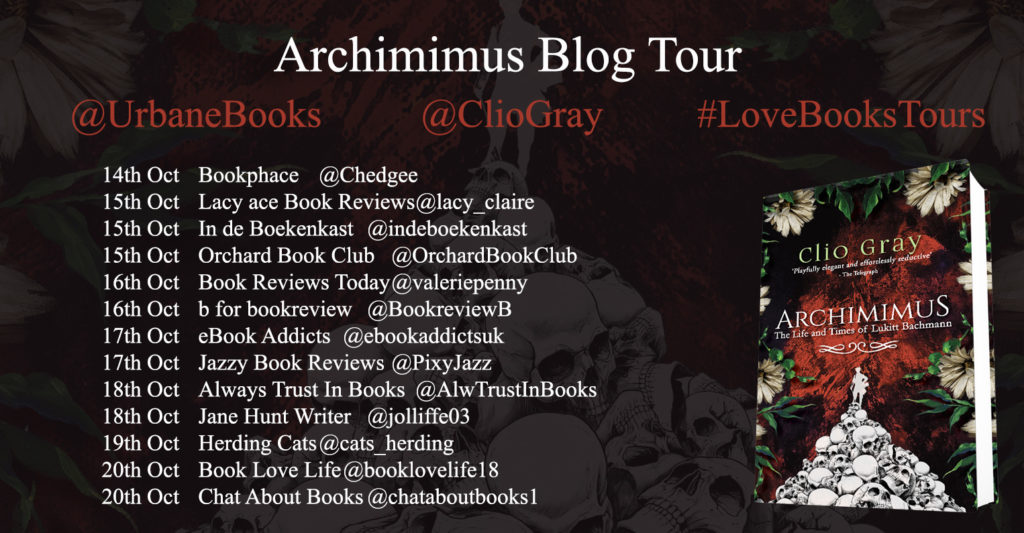 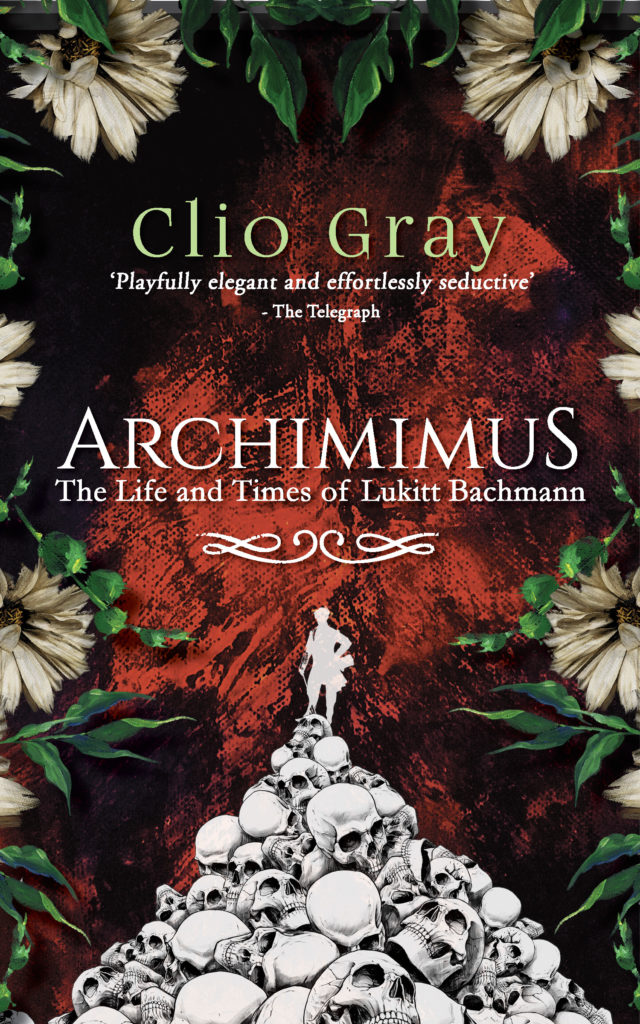 The stunning new historical thriller from Clio Gray, the acclaimed author of the Scottish Mysteries series.

Lukitt Bachmann is waiting in his Lanterne de Mortes, a Tower of the Dead, in the middle of a cemetery.

He’s had a complicated life: son of a Herrnhuter Brother thrown out of his sect; help-meet to a pastor; sailor; fisherman; boar-hunter; and student and lecturer, exploring the varied histories of the Knights Teutonic and the bone-chapels their descendants left behind them.

He has become an assassin and a murderer, learned the terrible highs and lows of friendships made and lost, and is awaiting now his last remaining friend to set him free so he can put right past wrongs.

As Lukitt is let loose on a world gone mad, can this avenging angel finally find solace for his soul?

This is my first time reading Clio’s work, and I cant believe I have waited to long to delve into her work. Arhcimimus was a slow starter for me, and that is nothing to do with the author I have just come from reading a rather steamy romance so the change was a shock, but once I got going I found I could not put this down.

I found myself immersed in Lukitt’s life from the start where his parents give him away – ~I understand their reasons, but my heart went out the wee guy his fathers last words to him being “try to make something of yourself, for us if not yourself.” From that moment he was taken under the wings of Ulbert, I quite enjoyed the relationship they had of teacher and pupil and how Lukitt was always portrayed as the underdog.

This book is steeped with an immense historical feel to it and the author has done a great job at taking us on Lukitt’s journey, and oh my the ending I wasn’t expecting that!

Clio was born in Yorkshire, spent her later childhood in Devon before returning to Yorkshire to go to university. For the last twenty-five years she has lived in the Scottish Highlands where she intends to remain. She eschewed the usual route of marriage, mortgage, children, and instead spent her working life in libraries, filling her home with books and sharing that home with dogs. She began writing for personal amusement in the late nineties, then began entering short story competitions, getting shortlisted and then winning, which led directly to a publication deal with Headline. Her book, The Anatomist’s Dream, was nominated for the Man Booker 2015 and longlisted for the Bailey’s Prize in 2016. 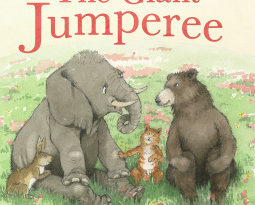 #BlogTour THE DREGS by Leslie Georgeson