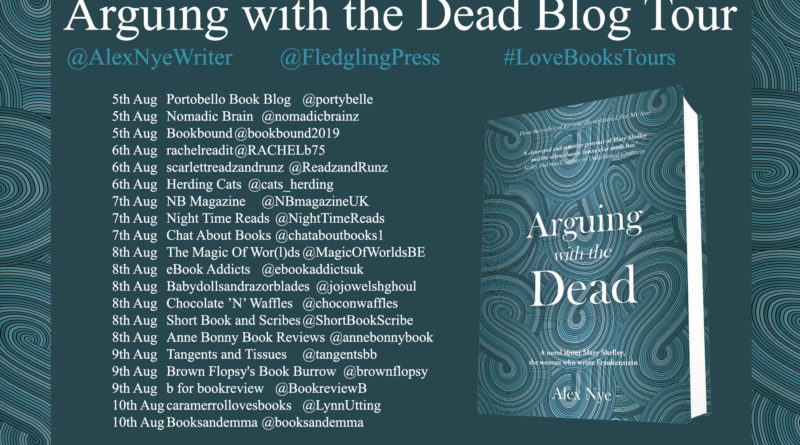 #Review Arguing with the Dead by Alex Nye 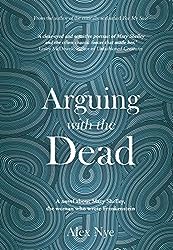 Arguing with the Dead
by Alex Nye
Genre:

The year is 1839, and Mary Shelley – the woman who wrote Frankenstein – is living alone in a tiny cottage on the banks of the river Thames in Putney. As she sorts through the snowstorm of her husband’s scattered papers she is reminded of their past: the half-ruined villas in Italy, the stormy relationship with Shelley and her stepsister Claire, the loss of her children, the attempted kidnapping of Claire’s daughter Allegra from a prison-like convent in Florence. And finally, her husband’s drowning on the Gulf of Spezia as they stayed in a grim-looking fortress overlooking the sea. What she has never confided in anyone is that she has always been haunted by Shelley’s drowned first wife, Harriet, who would come to visit her in the night as she slept with her two tiny children in a vast abandoned villa while Shelley was away litigating with lawyers. Did Mary pay the ultimate price for loving Shelley? Who will Harriet come for next?

Mary Shellys’ Frankenstein has long been a favourite book of mine, and I couldn’t wait to read this tale that Nye has weaved of Mary’s life. Arguing with the Dead will transport you back in time to the late 17th Century as we follow Mary’s rather exciting and sometimes dark life.

It is clear that Alex Nye has done her research in to Mary’s life and I loved the story she told about her relationship with Percy and her step sister Jane. They all had a strange relationship that was frowned upon in those days, Percy was very much a player and believed in free love despite being married once before he married Mary. Mary goes through a lot of heartbreak in this tale, losing many children, and a lot of growing up as well as penning her novel Frankenstein.

At the begining I struggled with the narrative sometimes as Mary kept jumping back and forth but I found my groove, I also disliked how its switched from first names to surname – for example Mary would call her husband by Percy in one sentence and the very next call him by Shelly, I didn’t really enjoy the switch it felt weird and out of place – but that is just my take.

Overall lovers of Mary Shelly will love this tale, Alex Nye has done a great job of portraying her life.

Alex Nye is the award-winning author of four novels. She grew up in Norfolk by the sea, but has lived in Scotland since 1995 where she finds much of her inspiration in Scottish history. At the age of 16 she won the W H Smith Young Writers’ Award out of 33,000 entrants, and has been writing ever since. Her first children’s novel, CHILL, won the Royal Mail Award. Her fourth book is a historical novel for adults about Mary Queen of Scots. Her forthcoming title, ARGUING WITH THE DEAD, is to be released on July 31st 2019. She divides her time between walking the dog, swimming, scribbling in notebooks in strange places, staring at people without meaning to, and tapping away on her laptop. She also teaches and delivers atmospheric candlelit workshops on creative writing/ghost stories/Scottish history. She studied at King’s College, London more years ago than she cares to remember.

[Release Day Blitz] Off Your Rocker by K E Osborn 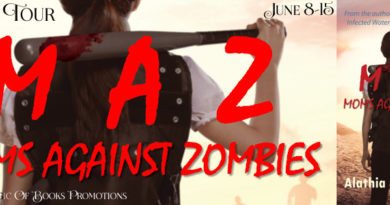 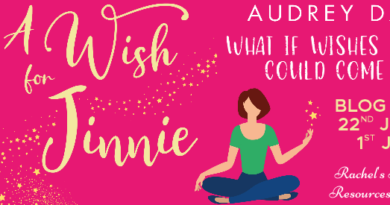