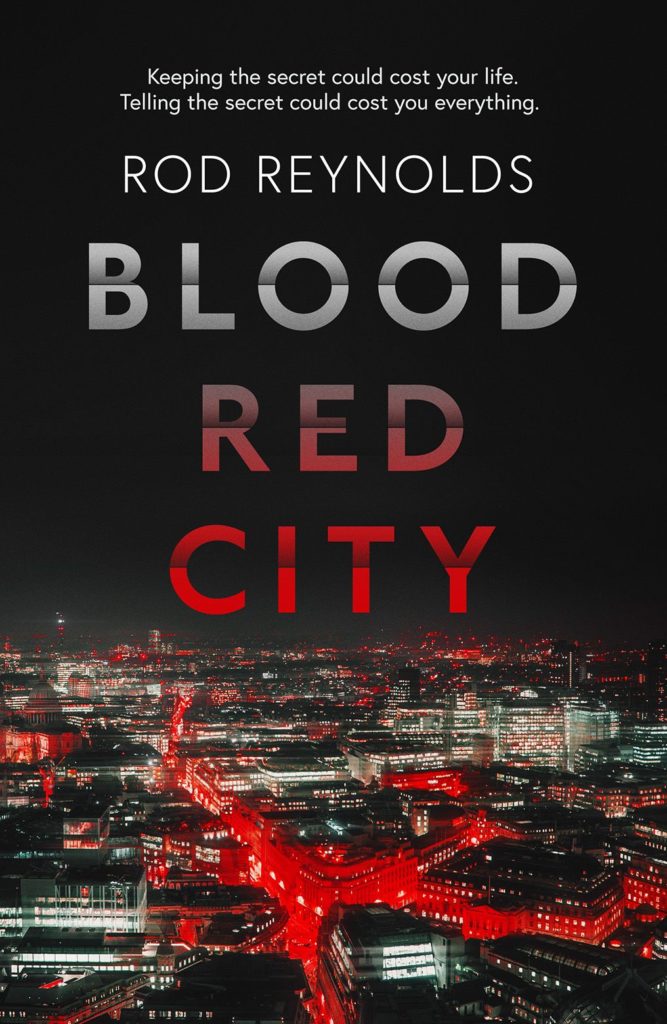 A witness with no victim. A crime with no crime scene…

When crusading journalist Lydia Wright is sent a video of an apparent murder on a London train, she thinks she’s found the story to revive her career. But she can’t find a victim, much less the killers, and the only witness has disappeared. Wary she’s fallen for fake news, she begins to doubt her instincts – until a sinister call suggests that she’s not the only one interested in the crime.

Michael Stringer deals in information – and doesn’t care which side of the law he finds himself on. But the murder on the train has left him exposed, and now he’ll stop at nothing to discover what Lydia knows.

When their paths collide, Lydia finds the story leads through a nightmare world, where money, power and politics intersect … and information is the only thing more dangerous than a bullet.

A nerve-shattering and brutally realistic thriller, Blood Red City bursts with energy and grit from the opening page, twisting and feinting to a superb, unexpected ending that will leave you breathless.

When journalist Lydia Wright views a video of a graphic assault of a man on the tube little did she know that her investigative skills of finding out who took the video and who the victim is would put her in the sights of ‘fixer’ Michael Stringer. He has his own reasons for finding the man in the video, and from the get go you have this impending feeling of threat with each page that you turn.

Set in London, Blood Red City is a gritty page turner, two people with the same goal but for very different reasons, I loved following them both as the story unfolds. I loved the premise of their being a witness but yet no victim to be found, no chatter on the news networks or from the police. You cant help but get engrossed in this story and I loved how everything came together in the end, I think and hope that it leaves the possibility for more stories for Lydia in the future. 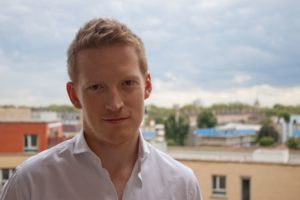 Rod Reynolds is the author of four novels, including the Charlie Yates series. His 2015 debut, The Dark Inside, was longlisted for the CWA New Blood Dagger, and was followed by Black Night Falling (2016) and Cold Desert Sky (2018); the Guardian have called the books ‘Pitch-perfect American noir.’ A lifelong Londoner, in 2020 Orenda Books will publish his first novel set in his hometown, Blood Red City. Rod previously worked in advertising as a media buyer, and holds an MA in novel writing from City University London. Rod lives with his wife and spends most of his time trying to keep up with his two young daughters. 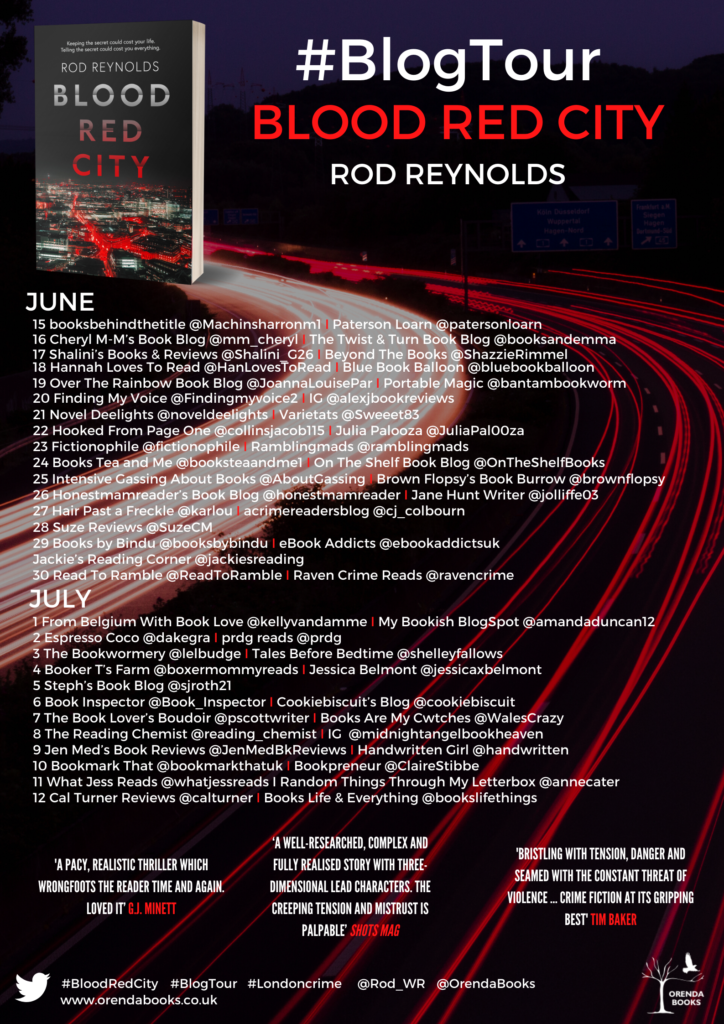 One thought on “#Review Blood Red City by Rod Reynolds”