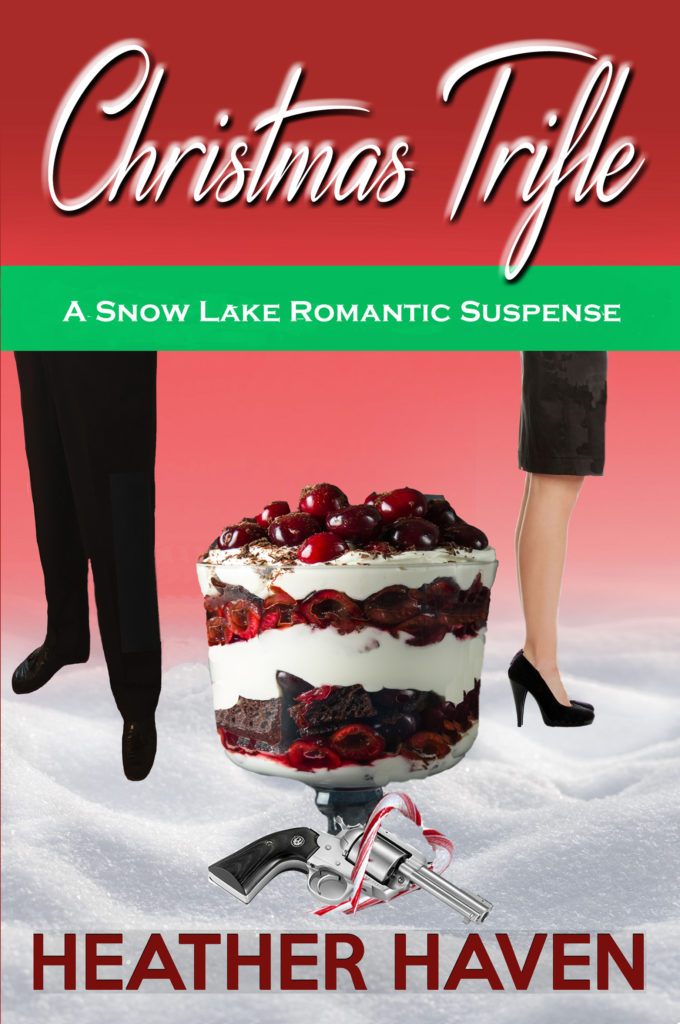 When Cliff opens his own restaurant in direct competition with Charly, bad things start to happen. Death threats, accidents, and murder are now on the menu. Their ‘if-you-can’t-take-the-heat-then-get-out-of-the-kitchen’ battles are backfiring, and regrets consume the two of them. But can they find their way back to each other? Or is it too late? Because they just might spend the rest of their lives in prison unjustly accused of killing someone. Or can love triumph over even murder?

Christmas Trifle is book one in the Snow Lake Romance Series, and this was definitely an enjoyable cozy mystery. We start off leaning about the murder of two skiers in the prologue before we get stuck into Charly and Cliffs divorce. At first I wondered what the deaths at the start of the book would have to do with the rest of the story as it just seemed to focus on Charly and Cliff going their separate ways and and both having restaurants in direct competition with each other, but there was the smaller sub plots that Heather weaved into the story that eventually tied everything together.

Charly has been receiving hoax calls and text from someone and its only when it escalated to being sent a dead bird in a package do we really start to get into the nitty gritty of this book, I have to admit the culprit wasn’t even on my radar, and I am in awe at how the author worked that into the story, usually you have some inclination who it might be but like I say the story focus was more on Charly and Cliff than the murders…

Overall it was a great start to this series and I look forward to more from our Chefs.

One that bugged me and its just a me thing – the author kept saying LCD screen whenever someone used their mobile/cell phone…. It wasn’t necessary as a simple looked at the screen would have done… again that is just a me thing! Also she uses LCD first the some time after uses ‘liquid crystal display or LCD’ surely this would have been better the other way around (or not at all)

Example:
pg 31 Julia grinned into the phone, recognising his name on the LCD of the phone.

Heather Haven, in the midst of writing her fourteenth novel, has also written short stories, comedy acts, television treatments, ad copy, commercials, and plays. She has won numerous awards for her Silicon Valley-based Alvarez Family Murder Mysteries; Manhattan-based WWII Persephone Cole Vintage Mysteries; Ringling Brothers’ Circus mystery noir, Death of a Clown; and Corliss and Other Award-Winning Stories. She has two romantic suspense series: Love Can be Murder Mystery Novellas with Lee Alvarez and Gurn Hanson, the Nick and Nora Charles of Silicon Valley, and the new Snow Lake Romantic Suspense Novels, of which Christmas Trifle is Book One.

She and her husband of thirty-four years are allowed to live with their two cats, Ellie and Yulie, in the foothills of San Jose, California.

August 31 – Escape With Dollycas Into A Good Book – SPOTLIGHT

September 2 – I Read What You Write – SPOTLIGHT

#BlogTour A PARLIAMENT OF CROWS by Alan M. Clark