I Know When You’re Going to Die
by Michael J. Bowler
Genre: YA Mystery, Thriller

Leonardo Cantrell is a painfully shy sixteen-year-old who cannot look people in the eye. One night while he’s volunteering at a homeless shelter, an old man forces eye contact and gives Leo the power to see Death.

His best, and only, friend—J.C. Rivera—thinks this new power is cool until Leo accidentally looks into J.C.’s eyes and “sees” his murder, a murder that will occur in less than two weeks. Stunned and shaken, the two boys sift through clues in Leo’s “vision” in a desperate effort to find the killer and stop him before he can strike.

Aided by feisty new-girl-at-school, Laura, the boys uncover evidence suggesting the identity of the murderer. However, their plan to trap the would-be killer goes horribly awry and reveals a truth that could kill them all.

What if you were given the ability to see how and when people were going to die, and you had the chance to stop it from happening to your best friend? This is exclty that case of what happens to Leo and his friend J.C. Leo is one of the quiet shy kids at Costa High who is a kind soul and spends his time volunteering at soups kitchens, it is here that he encounters a homeless man who bestow onto Leo his ability allowing him to pass on and die safe in the knowledge that someone worthy of it is going to take it over.

This was a fantastic read, and when Leo looks into this friends JC eyes and see how he is going to die he swears to protect his friend and stop it from happening, JC is a bit of a mouthy kid but who would actually want to kill him leaves the boys drawing a blank other than the school bully Chet, but as the story reaches it peak you soon realises there are more people than anyone actually realised.

The story flowed well and held my attention from the start, and i did not foresee the outcome!

Michael J. Bowler is an award-winning author who grew up in Northern California. He majored in English/Theatre at Santa Clara University, earned a master’s in film production from Loyola Marymount University, a teaching credential in English from LMU, and a master’s in Special Education from Cal State University Dominguez Hills. Michael taught high school in Hawthorne, California for many years, both in general education and students with disabilities. When Michael is not writing you can find him volunteering as a youth mentor with the Big Brothers Big Sisters program, volunteering within the juvenile justice system in Los Angeles, or caring for his newly adopted son. He is a passionate advocate for the fair treatment of children and teens in California, and hopes his books can show young people they are not alone in their struggles. 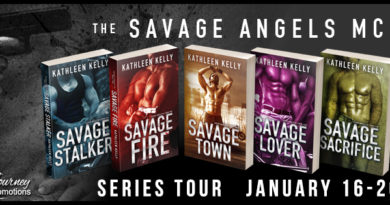 One thought on “#Review I Know When You’re Going to Die by Michael J. Bowler”