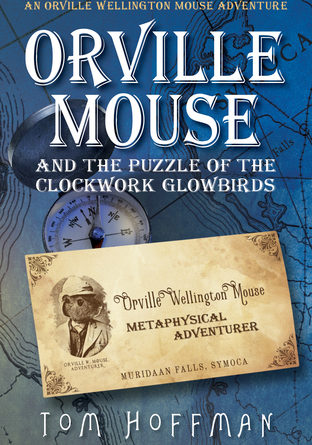 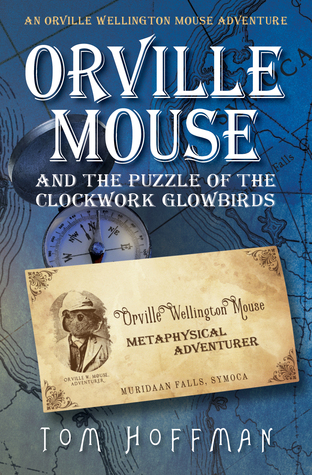 A wildly inventive tale from the creator of Bartholomew the Adventurer. The Orville Wellington Mouse series is lots of fun, filled with adventure and humor, while still retaining the much deeper themes of spirituality, ethics, and metaphysics. A fun read for all ages!

Orville Wellington Mouse lives with his Mum in the quiet fishing village of Muridaan Falls, Symoca. His life takes an unexpected turn when he learns his best friend Sophia Mouse is not only from another planet, but is also a member of the Shapers Guild, a group of powerful mice who are able to convert their thoughts into physical objects.

When Orville notices a group of seven glowbirds exhibiting rather extraordinary behavior, he and Sophia attempt to uncover the origin of the unusual birds but soon find themselves enmeshed in a fiendish plot to embroil Symoca in a horrific war. Captured by the powerful and mysterious Red Mouse, the two adventurers are hurled through a spectral door into the terrifying world of Periculum, home of the dreaded giant carnivorous centipedes.

With help from the secretive Metaphysical Adventurers, Proto the Rabbiton, the Mad Mouse of Muridaan, a gigantic Gnorli bird, some ghostly Anarkkian warriors, and the enigmatic Monks of the Blue Robe, Orville and Sophia must find their way home and stop the evil Red Mouse before he destroys Symoca. 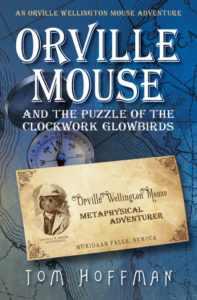 I loved the Deptford Mice books growing up and my fave Disney movie is Basil the Great Mouse Detective so I just had to read this book! Orville Mouse and the Puzzle of the Clockwork Glowbirds, is geared to (older) children, but for me it was still a magical read full of whimsical characters, and the world building is very creative.

The story will take you on a journey and transport you to the magical world that Hoffman has created, and for an adult it nice to be a child again and let you imagination go along with the story. I cant wait to read more of this series.

Tom Hoffman received a B.S. in psychology from Georgetown University in 1972 and a B.A. in 1980 from the now-defunct Oregon College of Art. He has lived in Alaska with his wife Alexis since 1973. They have two adult children and two adorable grandchildren. Tom has been a graphic designer and artist for over 35 years. Redirecting his imagination from art to writing, he wrote his first novel, The Eleventh Ring, at age 63.

The Bartholomew the Adventurer Trilogy and the Orville Wellington Mouse adventures are multi-leveled stories and have been compared to classics such as Chronicles of Narnia, The Hobbit, and Neverending Story. The books were written for my grandchildren to enjoy as children, and again on a deeper level as adults, with their underlying themes of ethics, metaphysics, philosophy, quantum physics, and spirituality. A common theme is the idea that there is no magic, only science rwe don’t understand. The books were written to provide an alternate way to view the world we live in. To see all life as a single force, all life equally precious, no matter the form. A world where violence is not necessary, a world where the protagonists are changed forever by their difficult choices, by their own sacrifices. A world of empathy, kindness, and love. And of course, ten foot tall ancient robotic rabbits and gigantic carnivorous centipedes living on post apocalyptic planets!

[Tour] Circle of the Red Scorpion by Charlene Johnson