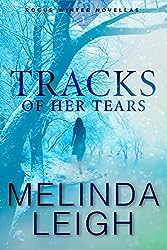 County investigator Seth Harding intends to spend the holidays with his newly reconciled family, but a few days before Christmas, a homicide thwarts his plan. Seth arrives at the scene and makes a painful discovery: the victim is his brother-in-law’s girlfriend. Her apartment has been ransacked and her toddler left motherless. To make matters worse, Seth’s brother-in-law, Bruce, is missing. With Solitude locked in a rare, deadly deep freeze and the temperature plummeting, the residents launch a desperate search.

Seth calls his wife, social worker Carly Taylor, to take the case so the little girl doesn’t get lost in the foster care system. With the holidays near, Carly brings the child home with them to celebrate Christmas. But when the Taylor farm is also trashed, Seth and Carly must race against time—and against a paralysing winter storm—to find Bruce and catch a killer in the first pulse-pounding sequel to the Rogue River Novellas

The sleepy town of Solitude just got a wake up call two day before Christmas, when a girl is found dead who turns out to be County investigator Seth Harding brother-in-law’s girlfriend, he must find out what happened to her as well as find his brother in law Bruce who seems to have gone missing. The odds don’t look to be in Bruce’s favour what with him being missing, but there seems to be more afoot than just the dead girl, and Seth must find Bruce and the murderer.

This was good little novella, it was long enough to get you into the story and everything was wrapped up in this book, I was expecting an cliffhanger of lots left unanswered.

The audio was crisp and clear and the narrator was easy to listen to. 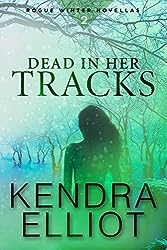 This wasn’t how Police Chief Zane Duncan expected to spend his first Christmas with fellow officer and girlfriend Stevie Taylor. But when a local motel calls in the discovery of a dead body, the couple’s holiday takes a grim turn. This is the second murder in Solitude within the week, despite the fact that their primary suspect is already in custody. Together, Zane and Stevie must face a disturbing truth—their small town may be harbouring two killers.

As their investigation digs deep into the backgrounds of newcomers and longtime residents alike, Zane and Stevie also struggle to adjust to life under the same roof. Even if the stress of homicides and cohabitation don’t bring an end to the couple, the murderer lying in wait just might.

Dead in Her Tracks picks up after the events of Tracks of Her Tears, its not necessary to have read it as this a separate story with some mention to previous case, but it is best enjoyed in order.

Zane and Stevie have their hands full on Christmas day when the body of a young girl is found in a seedy motel room and the prime suspect is already sitting in jail, yet things go array when that prime suspect ends up dead in jail! Who killed him? and just what are they covering up but doing so? This was a little more on edge than the first book, and had me hooked from the start.

It was good to see that the same narrator was doing this book, it gave a good sense of continuity to the series. I hope there more to come from Solitude as I cant wait to read more.

Wall Street Journal bestselling author Melinda Leigh is a fully recovered banker. A life-long lover of books, she started writing as a way to preserve her sanity while raising her kids. Over the next few years, she learned a few things about writing a book. The process was much more fun than analyzing financial statements, and she decided to turn her hobby into a career. Melinda’s debut novel, SHE CAN RUN, was nominated for Best First Novel by the International Thriller Writers. She is a RITA® Award Finalist and has earned three Daphne du Maurier Award nominations, two Silver Falchion Awards, and a Golden Leaf.

Melinda holds a 2nd degree belt in Kenpo Karate. She’s dabbled in Arnis stick fighting, studied Brazilian Jiu-Jitsu, and taught women’s self-defense. She lives in a messy house in the suburbs with her husband, two kids, a couple of shelter dogs and two rescue cats who clearly run the show. With such a pleasant life, she has no explanation for the sometimes dark and disturbing nature of her imagination. Find out more about Melinda by visiting melindaleigh.com.

An Amazon #1 selling author, Kendra Elliot has sold over 6 million books. Get a free insider’s guide to Kendra’s books at www.KendraElliot.com.
She grew up in the lush Pacific Northwest and still lives there with her family and three cats. She’s fascinated with forensics, refuses to eat anything green, and dreams of living every day in flip flops.

#BlogTour THE ADVENTURES OF LITTLE LADY JANE by Breanna Hayse